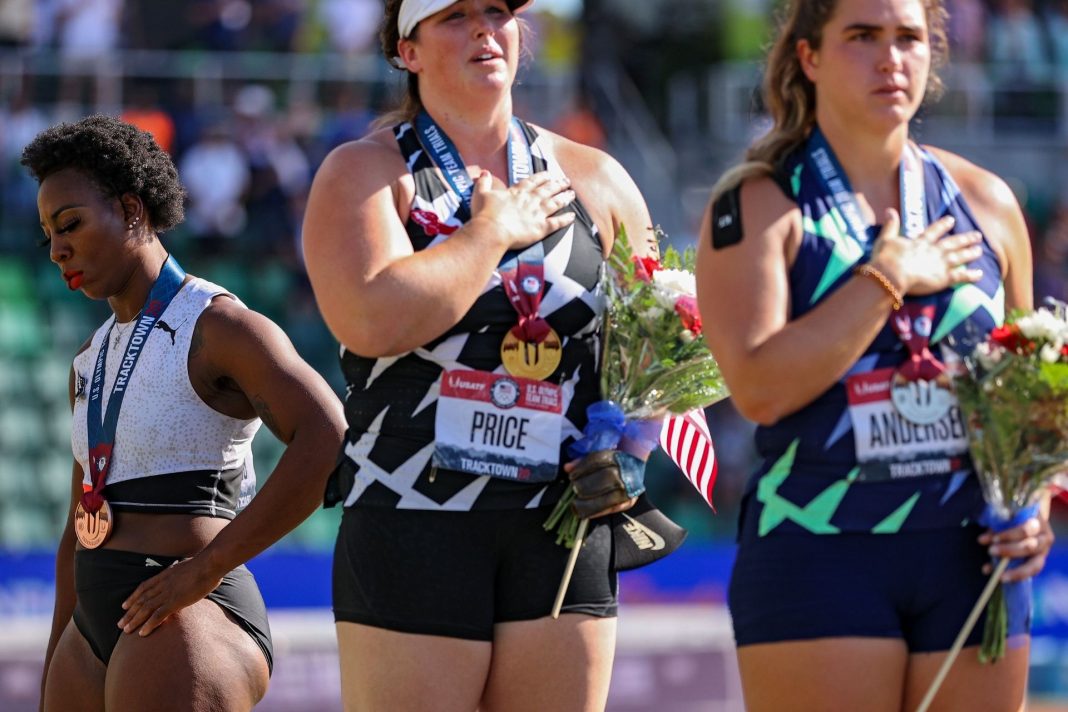 Americans were appalled with what they saw.

An athlete claiming to represent America pulled a stunt that no one could believe.

Track and Field athlete Gwen Berry qualified to represent the United States at the Tokyo Summer Olympics by finishing in third place in the hammer throw.

But Berry became a household name because the national anthem played while Berry was at the media podium and she turned away in disgust to protest while putting a shirt that had “activist athlete” printed on it over her head.

After the controversy over her anti-American protest exploded Berry doubled down on social media and in the press.

These comments really show that:

2.) Even after the murder of George Floyd and so many others; the commercials, statements, and phony sentiments regarding black lives were just a hoax

Berry even went so far as to say the national anthem “doesn’t speak for her.”

“The anthem doesn’t speak for me,” Berry told the press. “It never has. I didn’t really want to be up there. Like I said, it was a setup. I was hot, I was ready to take my pictures and get into some shade.”

Many Americans are wondering why someone who protests a country’s flag and anthem wants to represent that nation in a sporting event.

Texas Congressman Dan Crenshaw told Fox News that Team USA should kick Berry off the Olympic Squad if she hates the country this much.

It’s a sentiment many Americans agree with.