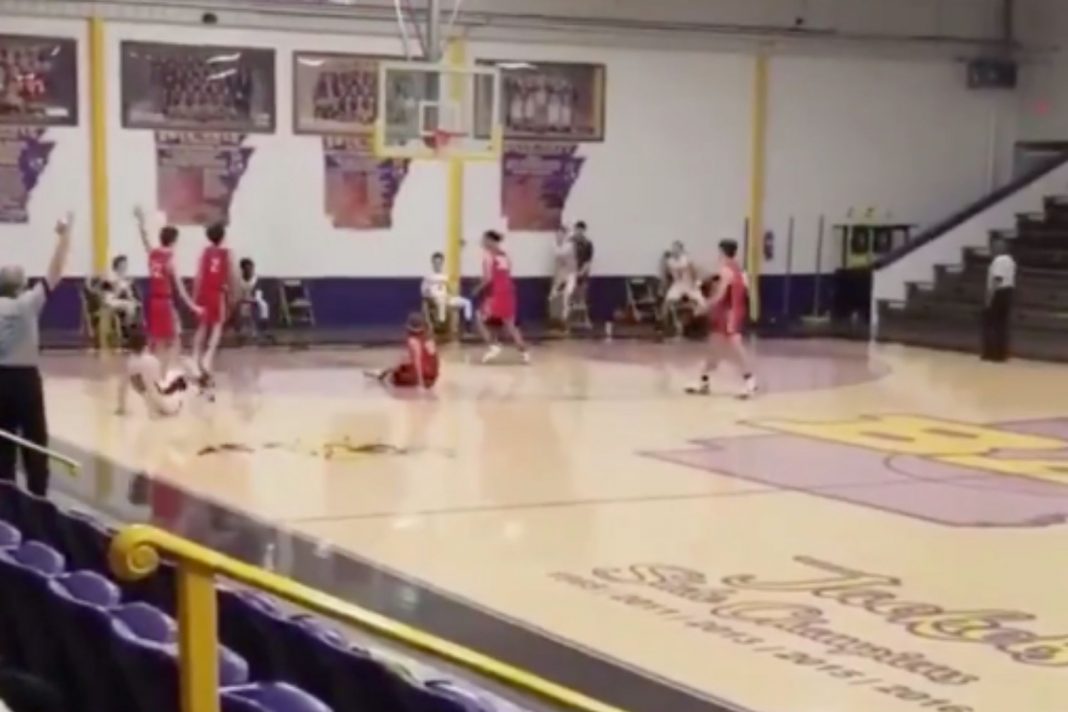 Underdog stories have always captivated the masses, but particularly those in the sports world.

There’s a reason movies like Rudy, Rocky, and Hoosiers – just to name a few – have become instant classics, enjoyed by multiple generations.

But no underdog story may have featured as insurmountable of odds as this Arkansas high school basketball player who was recently forced to play 1-on-5 in double overtime after his entire team fouled out of the game.

High school sports have always been romanticised by anyone who was able to play them.

There’s just something different about those playing football under those Friday night lights, or facing your high school’s rival in a basketball game in your home gym with all of your friends going wild in the student section.

It’s pure, and far more about a love for the game than we get to see in big time college athletics or professional sports these days.

And no story may epitomize that love for the game mentality more than the story of Arkansas’ Bay High School basketball player Zeke Davis.

With his team down 82-80 in double overtime, Davis found himself in a position few ever dream is possible – his entire team had fouled out, leaving him as the team’s only hope.

The odds were certainly stacked against him, yet he still found a way to dribble through four defenders and fire off a three pointer that would have won his team the game.

I had to play a 1 on 5 for the win because my 5 other teammates fouled out final score was 80 to 82 pic.twitter.com/rRKuWN6YHb

Just seeing a 1-on-5 scenario actually play out in real life is about as bizarre of a moment as 2020 has to offer in sports, regardless of the level of play.

It’s really unbelievable that such a scenario is even possible.

What are the odds that every single one of your teammates will foul out, leaving you as the only player left on the floor?

There’s no doubt that the referees in this game were exhausted by the time they got home just from the amount of times they had to blow their whistles in that game.

No matter what, though, you have to give Zeke Davis credit.

A lot of people would have barely tried, knowing the odds were insanely low that he was going to be able to pull off the win for his team in this type of situation.

But he hung in there, and came within inches of making it happen.

That’s the kind of guy you want to root for.