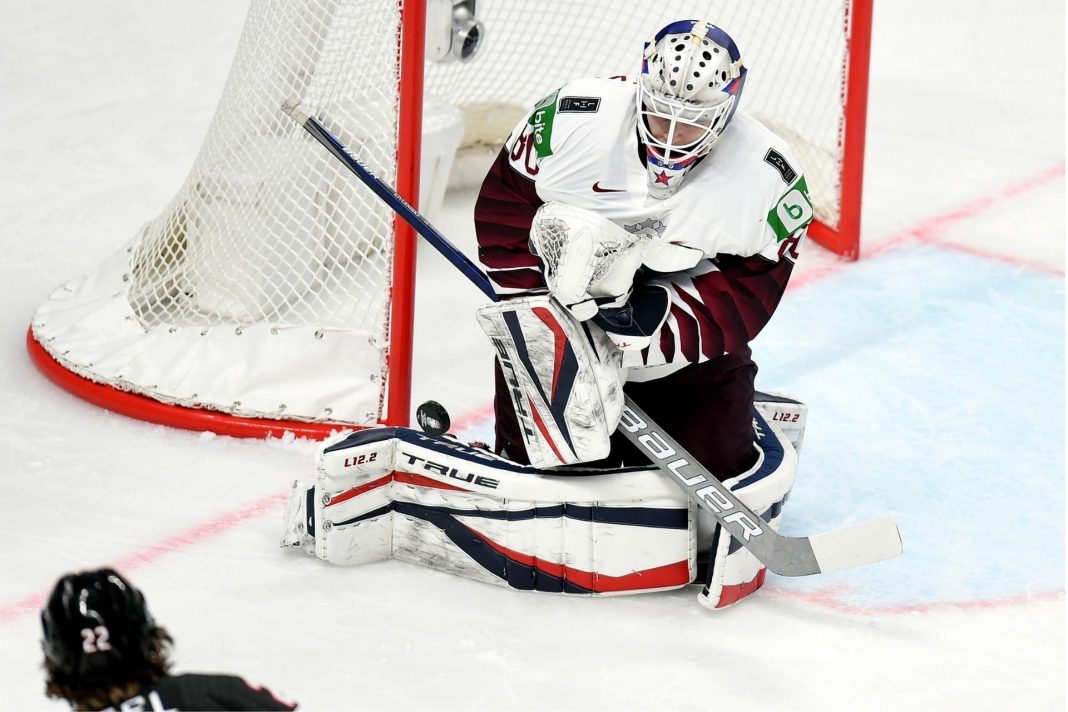 In today’s world, it’s rare to hear of many athletes doing anything that doesn’t benefit themselves.

Whether they’re holding out for an extra million dollars when they’re making $20 million per year or demanding a trade, many athletes seem incapable of being selfless.

But one athlete recently took selflessness to a whole other level, and according to his teammate, sacrificed his own life to save 50 people in a tragic accident.

Over the Fourth of July holiday weekend, Columbus Blue Jackets goaltender Matiss Kivlenieks unexpectedly passed away at the age of 24-years-old.

It’s with a very heavy heart that we share the news that goaltender Matiss Kivlenieks passed away last night at the age of 24.

We are heartbroken. Please keep his family in your thoughts and prayers.

At that time, it was believed that his death was the result of head trauma from a fall, but upon further investigation, it was revealed that an Independence Day fireworks celebration gone wrong was actually the culprit.

According to ESPN, an autopsy determined that Kivlenieks’ death was caused by “chest trauma from an errant fireworks mortar blast.”

Obviously, any time you’re talking about a premature death involving someone so young with such a promising future, it’s a tremendously sad situation.

However, according to one of his teammates, Kivlenieks didn’t die in vain, and was actually a hero who sacrificed his own life for others.

At a memorial service this past week, fellow Blue Jackets goalie Elvis Merzlikin gave a powerful speech in which he revealed that Kivlenieks died sacrificing himself to save around 50 other people from getting hit, including Merzlikin, his wife, and son.

“He saved my son, he saved my wife and he saved me . . . If that wasn’t me, my wife or son, that would have been 50 other people,” he said while fighting back tears. “He died a hero. That’s not me saying it. That was the doctors saying it . . . He saved a lot of lives.”

Elvis Merzlikins at the memorial service for Matiss Kivlenieks. Kivlenieks died after he was struck in the chest by a fireworks mortar shell on July 4. pic.twitter.com/69C09ggG67

It’s obviously difficult to put into words how tragic Kivlenieks death is.

The added element of his selflessness, sacrificing his life so that others can live and be safe, makes this story even more heartbreaking.

Kivlenieks had his entire life, and basically his entire career, in front of him, and had everything to live for.

But in that moment of crisis, he did what few others would have the courage to do, and ultimately saved around 50 others.

There’s no doubt that Matiss Kivlenieks is the very definition of a hero.