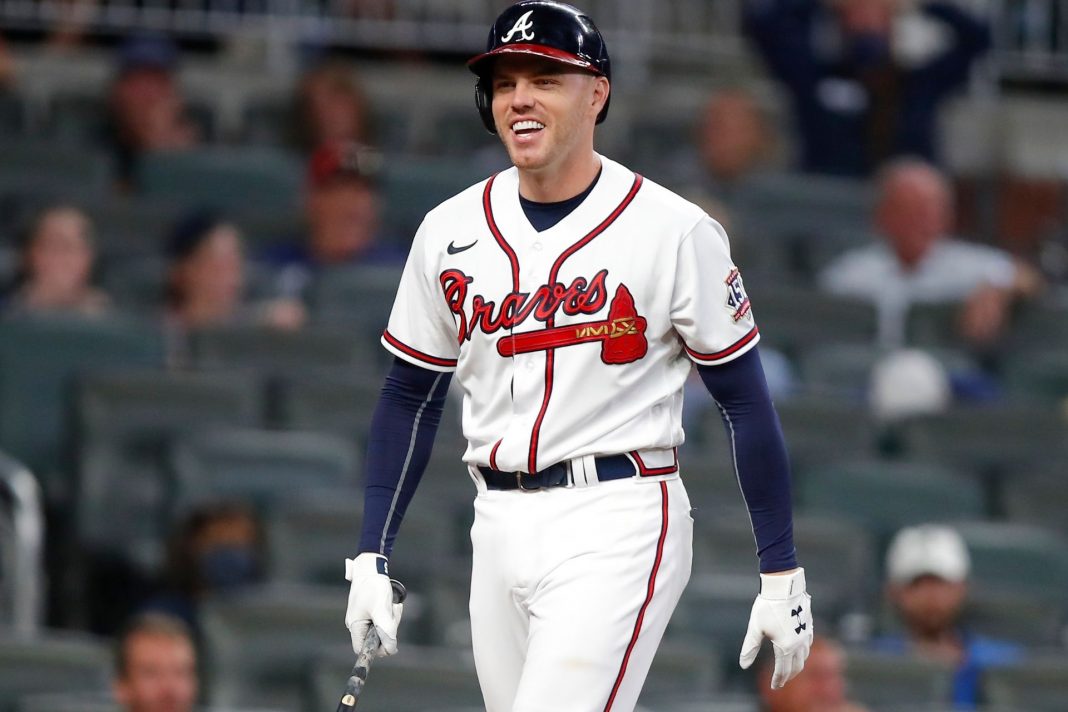 MLB playoffs are upon us, and the Atlanta Braves are back for the fourth year in a row as they face off against the red hot Milwaukee Brewers.

The Braves are a team that is historically familiar with the playoffs, especially during their reign of dominance in the ‘90s and early ‘00s.

But in Game 2 of Braves vs Brewers, this Atlanta Braves legend just dropped an easy foul ball.

The Atlanta Braves are a World Series-winning franchise that was led by the likes of John Smoltz, Chipper Jones, and Greg Maddux . . . man, what a team.

But in the matchup between the Braves and the Brewers, retired Braves legend and Hall-of-Famer Chipper Jones turned heads when he dropped what should’ve been an easy to catch pop fly while watching in the stands.

As you can see, Chipper just couldn’t hold on to the foul territory pop fly.

Jones, known for his top notch fielding alongside his power hitting, would have never missed a fly ball in his glory days . . . granted he was not wearing a glove and I have to imagine a few beers may be involved in the mishap.

But this didn’t stop Jones from getting jawed at by former teammate Andruw Jones as well as some Braves alum watching, and then laughing, from the dugout.

But something tells me Chipper will not be too upset about missing the chance to bring a souvenir home . . . after all, he has a World Series ring, eight All Star appearances, two silver slugger awards, 1999 NL MVP, and 468 career home runs to hang his hat on.

Going forward, there are plenty of baseball playoffs to be played, and the Braves have an uphill battle ahead of them.

If they are able to stave off the Brewers, they will be heading west to California to face off against the 100+ wins Giants or 100+ wins Dodgers . . . oof.

To make matters worse, the Braves pitching looks mediocre at best, and their best hitter, outfielder Ronald Acuna, is out for the year.

If only Chipper could still be out on the field, but after that butterfinger drop? Maybe it is best that he is on the sidelines.