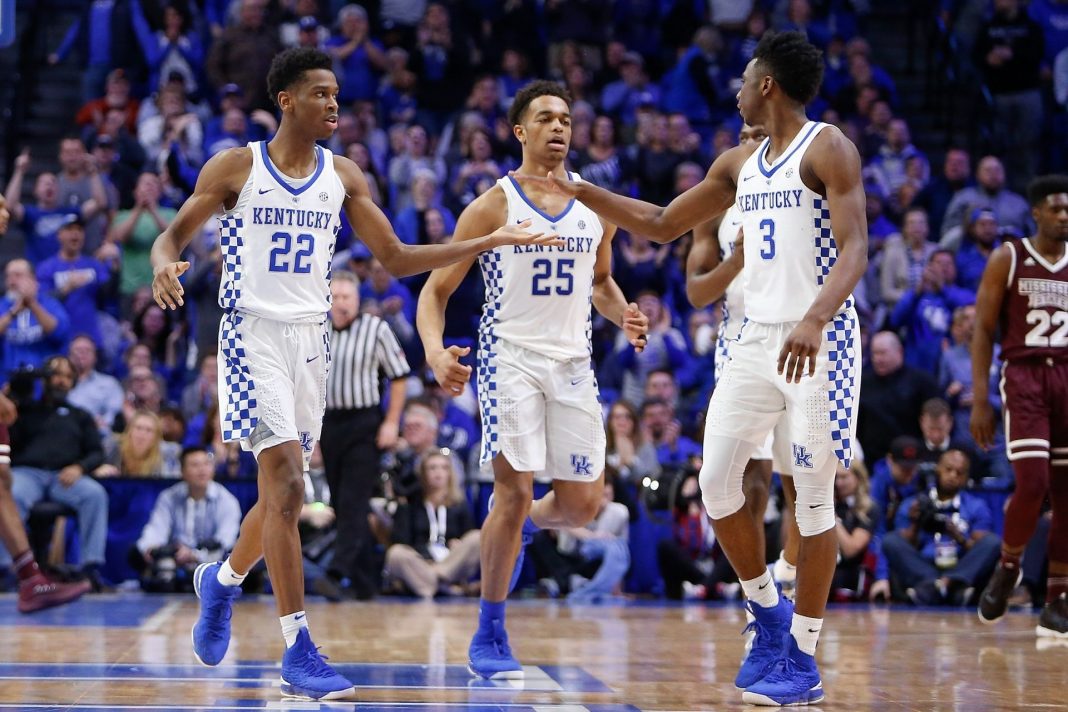 Athletes continue to stage protests during the national anthem.

But now all hell is breaking loose.

And that’s because this basketball team kneeled for the national anthem. You won’t believe how police reacted.

The University of Kentucky basketball program is not just a sports team in the Bluegrass State.

It is a way of life.

But Kentucky players and coaches all knelt in unison during the national anthem in protest of the riot at the Capitol before Saturday’s game at the University of Florida.

Mosley said any Kentucky fan could come to the correctional center and turn in their Kentucky gear and receive a “Back the Badge” t-shirt, which honors all first responders.

For his part coach John Calipari defended his players.

“These kids are good kids,” Calipari stated. “They care about this country and all the other stuff. They’re trying to figure out life and making statements they think they have to make. I want to listen to what they’re saying, and then I’ll support them if they want me to be there.”

Some thought that once the election was over the political protests would fade from the world of sports.

In fact, the opposite is true.

They are now spreading to college programs.