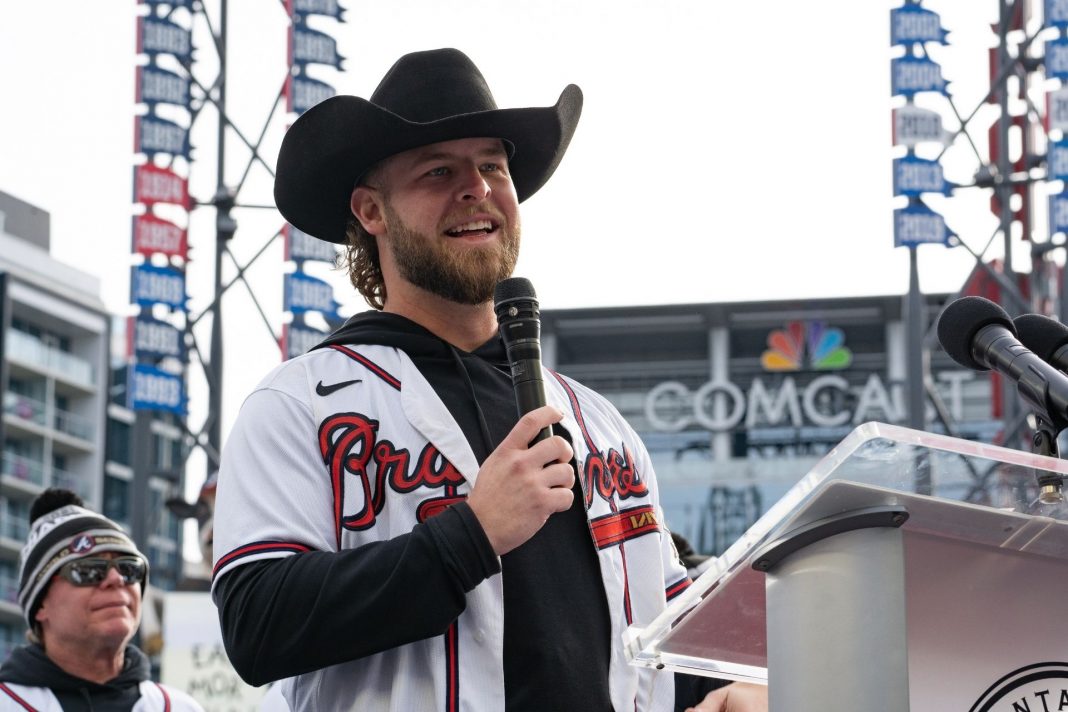 For baseball fans, there is good news and bad news.

The bad news is there isn’t regular season baseball for another five months or so. The good news is that if you are an Atlanta Braves fan, your team just won their first World Series since 1995.

And Atlanta is throwing down. In fact, this one player is turning heads with his celebration…

A.J. Minter’s having the time of his life 🤣🍻

As you can see A.J. Minter is absolutely CRUSHING beers faster than they can throw at him.

It looks like he’s keeping his word from his interview with Kelly Crull when he declared, “We’re gonna show the world how Atlanta parties.”

An emotional A.J. Minter was still able to give @Kelly_Crull this quote: "We're gonna show the world how Atlanta parties."#WorldSeries pic.twitter.com/AoHJ1TPUCD

And he has reason to celebrate.

And let’s not forget – in August, Atlanta was in no shape to make the playoffs . . . they were under .500 and several games behind the Philadelphia Phillies.

Also, let’s also not forget the woke MLB moving the All Star game from Atlanta, as well as their bogus investigations into their team name and chop.

But none of that nonsense stopped the Braves.

The Braves made some nice additions by adding Jorge Soler and Joc Pederson to the lineup, and the bullpen stepped up when it mattered the most.

Minter in particular had a difficult start to the year, and his future with the Braves was in jeopardy.

But after delivering some nice postseason performances along with his fellow teammates, it is safe to say he has earned his spot as World Champion.

As you can see, it’s a good season to celebrate. Minter deserved every one of those beers.

But the way he just deleted them? Now that is legendary material.

Moving forward, it will be interesting to see if Atlanta can keep this momentum going, especially with some major parts of their offense (Freddie Freeman in particular) going into free agency.

But for now, these champions should live in the moment and enjoy their title.

Chop on, Atlanta. Chop on.

MUST WATCH: Major League announcer had viewers in disbelief after he slipped up and blurted this out live on air