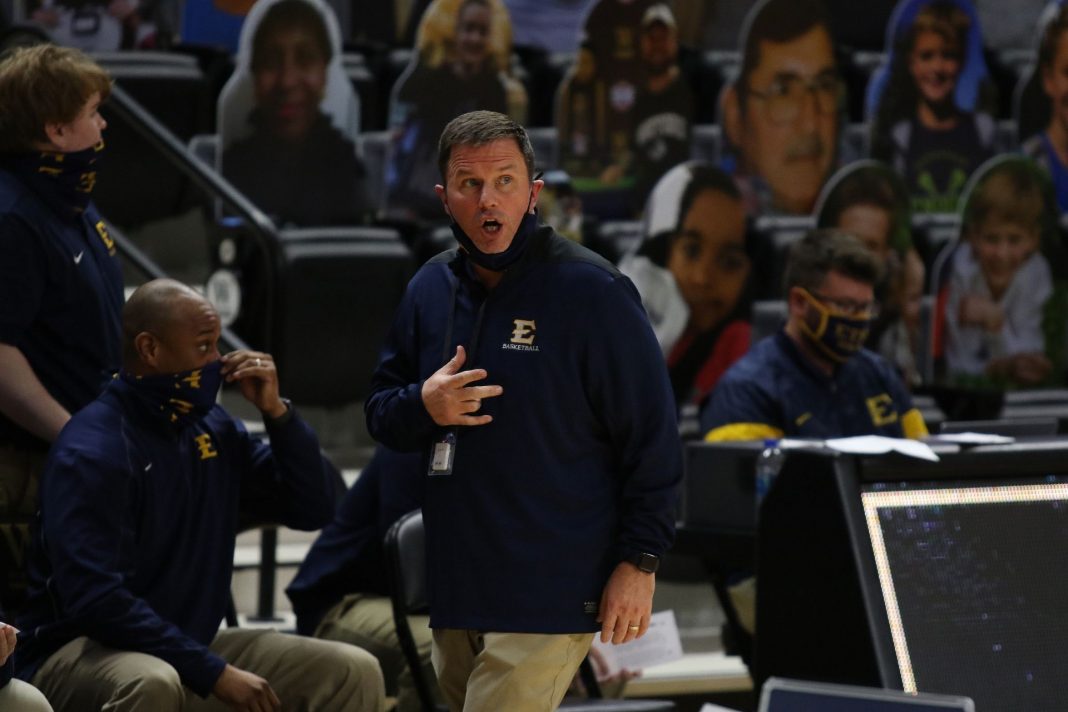 And this coach’s reaction to his team protesting the national anthem will leave you speechless.

The school said he was not forced out or fired.

But players on the team believe Shay resigned because of the backlash generated by Shay supporting the team’s anti-American national anthem protest.

“All this about us kneeling, and then Coach Shay supporting us through all of that. People should want a coach that stands behind the players through anything,” senior guard Jordan Coffin said in a video to social media. “For that to be a part in why he has to resign, then I don’t want no part of that.”

East Tennessee State players kneeled for the national anthem before a February 15 game against Chattanooga.

After the game Shay defended the players disrespecting the flag.

Shay said only veterans understand “the fear, the pain, the anxiety, the loss that they’ve experienced fighting for our country’s freedom and rights.” But then continued on saying, “But many of us don’t know the same sacrifice, fear, pain and loss the people of color have had to endure over 400 years. My team is a daily reminder to me that some things are just bigger than basketball.”

Fans, alumni, and politicians were furious.

The entire Republican caucus in the State Senate signed a letter urging all athletic teams in the state to stand for the national anthem.

“During athletic competitions, our student athletes represent not only themselves, but also our universities and all the citizens of this state, many of whom view this form of protest as offensive and disrespectful,” the letter said.

Americans are over the national anthem protests.

They just want to watch the games.

The sooner players and coaches realize that the better.