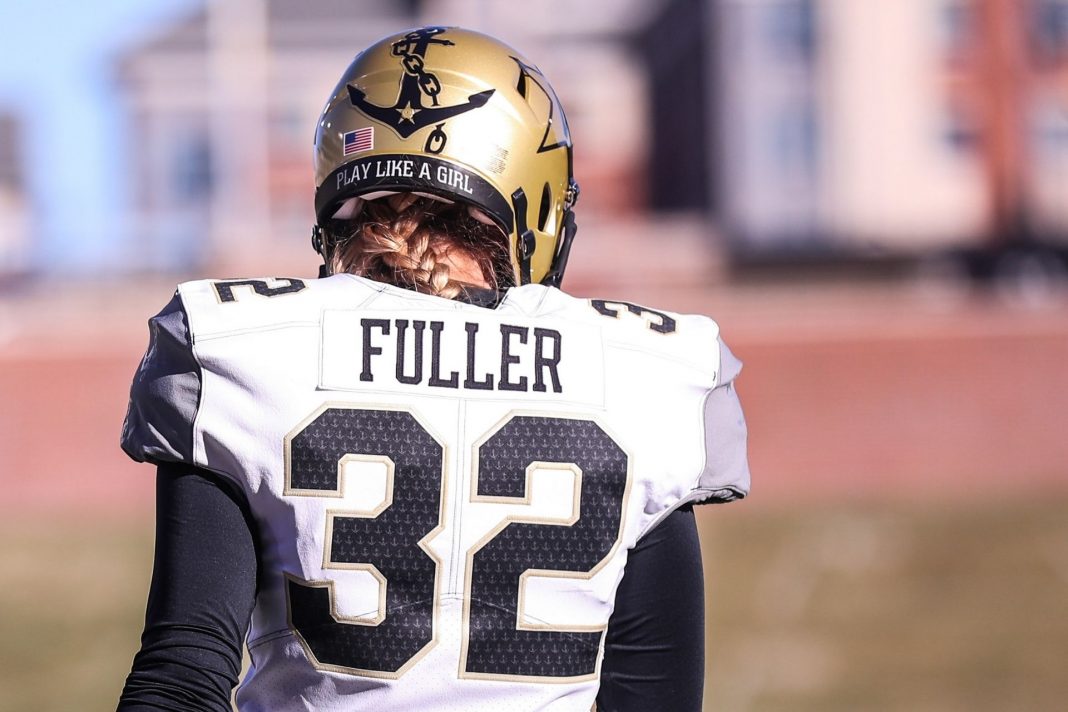 Joe Biden’s inauguration is set to take place on Wednesday.

Since sports are now fully immersed in the political culture and officially part of the Left, it’s no surprise that athletes will participate.

And this controversial college football player just announced they are part of Joe Biden’s inauguration.

The stunt got head coach Derek Mason fired as players were not happy that Fuller lectured the team at halftime of their loss to Missouri.

Of course, the social justice warriors in the media hailed Fuller’s botched 30 yard squib kick as “historic” and treated it like Neil Armstrong walking on the moon.

Fuller successfully converted two extra points in Vanderbilt’s next game against Tennessee, but it’s still not like she kicked a field goal, which would be an actual achievement worthy of praise.

Now, Fuller will have a new role as she taped a video message to be played during Joe Biden’s inauguration.

It’s an honor to be invited to participate in one of America’s greatest traditions. This historic inauguration is especially meaningful for American women and girls. The glass ceilings are breaking and it is the time to #LeadLikeAWoman @KamalaHarris @JoeBiden @BidenInaugural pic.twitter.com/16izLbIqEu

The beginning of 2021 shows that the Left’s politicization of sports was not just an election year stunt where everything would return to normal once the leftists got their way and Donald Trump is gone.

If anything, this success guarantees that the Left will continue to push sports further into the political realm.