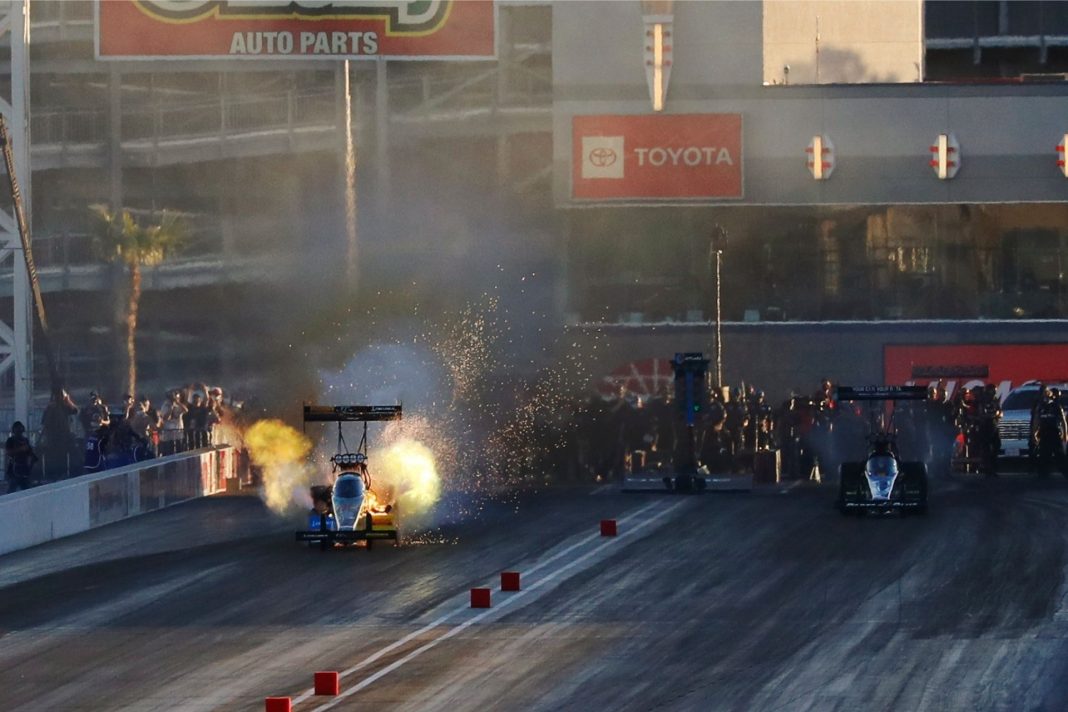 Since then, Americans have had a love affair with racing, and in no state in the country is that love affair more evident than North Carolina.

But over the weekend, a night out at a drag race in Wilkesboro, NC turned into a nightmare in a matter of seconds.

For over 65 years, race fans descended on Wilkesboro Dragway, making it the oldest operating drag strip in North Carolina.

And on Saturday night, 22-year-old Amber Garner and her family were amongst the fans lined up along the strip to take in all of the action.

As the event was drawing to a close, a Mustang taking part in a heat fired off the line, and in attempting to keep up with its opponent, lost control about halfway down the eighth of a mile strip.

The Mustang broke left, slamming into the left side retaining wall, and temporarily jumping the wall where Amber Garner and her family were standing.

Garner was unable to react quickly enough in that split second to move out of the way, and was ultimately struck by the car.

"We stood at the guard rail and prayed," said witness Tina Waits. A woman was hit by a car that lost control on the track at the Wilkesboro Dragway Saturday, according to her family. A GoFundMe has been set up to help with her medical costs. https://t.co/D83qbeZ8cD pic.twitter.com/L3XGsVoKnB

“It was horrific to say the very least,” Tina Waits, a spectator at the race, said. “It scared us really, really bad to the point that we stood at the guard rail and prayed.”

Somehow, someway, Amber Garner survived the incident, with her only injuries being to her arm, which broke in four places, and her hand.

According to FOX 8, she is currently in the hospital at Winston-Salem’s Baptist Medical Center where she is undergoing multiple surgeries to repair her arm.

Amber was even well enough to speak with FOX 8 earlier this week by video call just days after the accident.

Obviously, it’s a miracle that Amber Garner’s only injuries were to her arm, and not far worse.

There will inevitably be a legal battle over who was at fault for the incident, as local media has alluded to in their reporting, but everyone who is in attendance at any race knows there are risks involved.

That’s just the reality of racing – as exciting and incredible of a sport it is, there are risks.

And the fact that everyone walked away with their lives, when the reality could have been far different, is all that really matters.