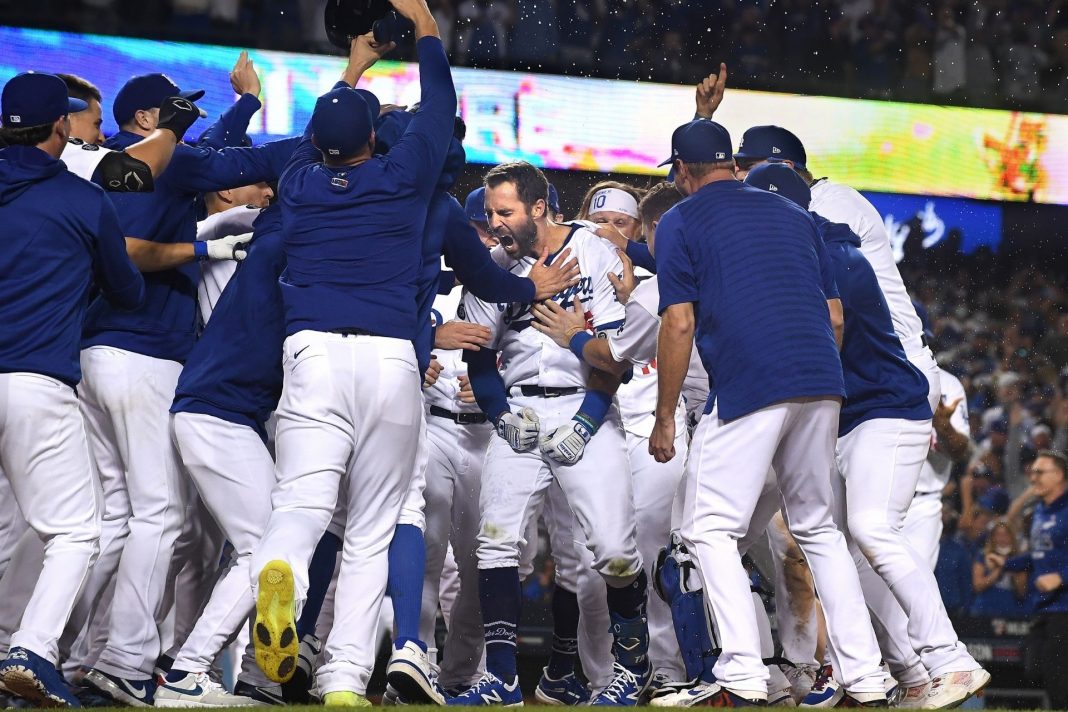 As the weather cools and the nights darken early, the lights come on and the fans are glued to their seats.

This do-or-die game saw the Dodgers knotted at one run a piece with the St. Louis Cardinals heading into the bottom of the ninth.

That brought up Chris Taylor in the situation every kid dreams of in the backyard – two out, bottom of the ninth inning in a tie playoff game.

Taylor followed through on what every kid imagines and cranked a game-ending two-run homer to left field to send the Dodgers through to the National League Division Series.

BRING ON THE NLDS! #WALKOFF pic.twitter.com/Za2Tge069U

“Yeah, I felt alright,” Taylor said after the game. “Like I said, I was trying to keep things small. Think small and make big things happen.”

The best of five NLDS will feature a dream matchup.

In 2021, the Dodgers proved their pandemic-shortened 2020 title was no fluke by racking up 106 wins.

But 106 wins was only good enough for the Wild Card because the San Francisco Giants – who Las Vegas put their season win total over/under at 75.5 in spring training – won 107 games in one of the most surprising seasons in baseball history.

And now the 107-win Giants will take on the 106-win Dodgers in a five game series to see who is truly the better team.