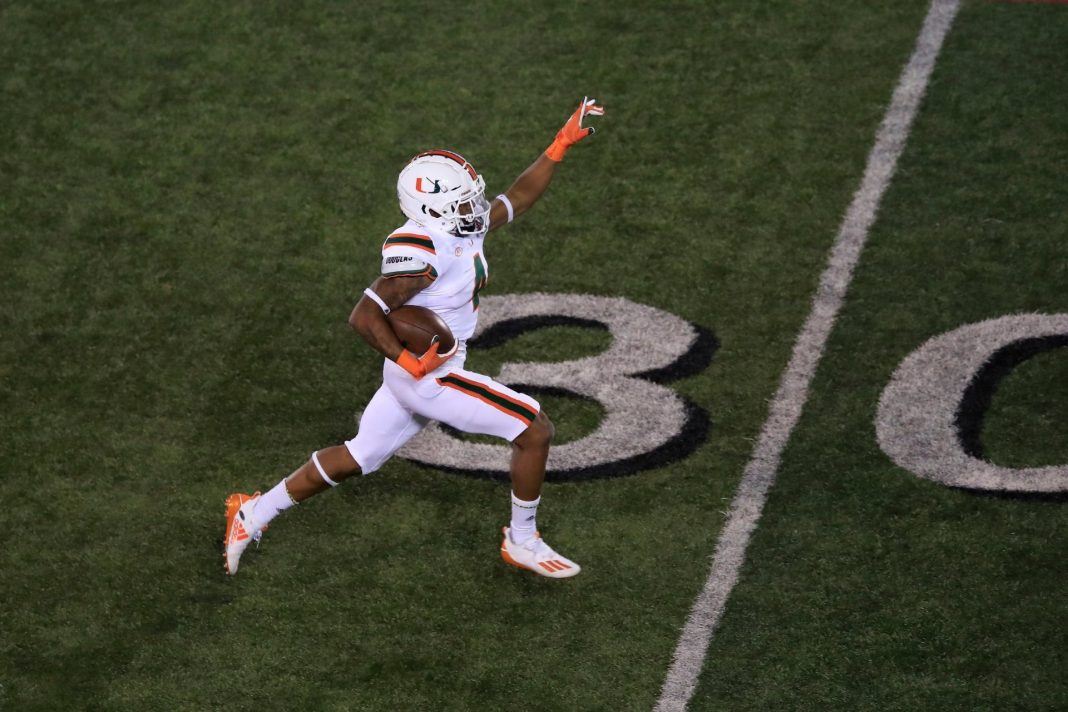 In case you haven’t heard, the NCAA is finally allowing “student athletes” to actually earn an income just like everyone else in America.

The idea that it was legal to prevent anyone from participating in the free market is mind blowing, but that chapter is over and athletes are finally allowed to be compensated for the value they bring.

It was only a matter of time before the NCAA’s reign of terror finally ended, and college athletes were allowed to profit from their own names, likeness, and the value they bring to the table.

After all, no other college students, even those on scholarship, are prevented from earning additional income above the value they’re provided by their scholarship, so there was never any logical reason to prevent athletes from doing the same.

In fact, the only argument against allowing college athletes to participate in the free market that ever seemed to gain any traction — albeit, amongst the radical socialists that populate college campuses — was the idea that only the top players at the top schools in the most popular sports would benefit.

However, literally just days removed from these new rules changes, that argument has already been proven to be completely wrong.

Earlier this week, the University of Miami announced that each of the 90 student-athletes on their 90-man football roster would be receiving an endorsement deal from American Top Team, a company that runs over 40 licensed training facilities throughout South Florida and the world.

The deals will pay each player up to $6,000 per year ($500 per month) in order for the company to use the player’s names and likeness in their marketing efforts.

On top of that, the deal was organized by a new marketing company called “Bring Back The U,” which was founded by South Florida businessman Dan Lambert, the founder of American Top Team and longtime Miami fan.

Lambert admitted that his entire intention is to use “Bring Back The U” to facilitate other endorsement deals for Miami athletes in an effort to make Miami even more attractive to potential recruits that could help lead Miami’s athletic programs on a resurgence.

“The NIL legislation is an amazing opportunity for businesses and fans to directly impact the lives of these players and the national reputation of our team,” Lambert said. “I originally planned to just enter into deals with a few players and then it hit me that there is a way bigger play here. With the right contacts, effort and financial commitment, we can reach every player and get this city firmly behind this team where it should be. We can BRING BACK THE U.”

The fact that a Miami booster is using the new rules to try to help make his favorite team better isn’t a surprise — that type of activity was always inevitable with this type of rules change.

But it does give a more concrete indication that endorsement deals will now be the next arms race in college sports.

Recruiting has always been, and will always be, the lifeblood of college athletics, and as such, programs across the country have poured millions of dollars into building facilities and amenities that will make their program more attractive to the best possible players.

Now, though, that arms race will include endorsement deals like the one Miami’s entire team now has access to.

On top of facilities, the program’s history of putting players in the pros, and other aspects of a program that drive a recruit’s decision making process, they’re now going to want a full rundown of the endorsement opportunities available to them.

And more and more, we’re going to see programs across the country doing everything they can to have the best endorsement deals for their athletes.

Fortunately, it’s not only on the schools.

With these rule changes, athletes themselves can control their own destiny, and make themselves valuable to brands and companies thanks to the power of the Internet.

Just look at LSU gymnast Olivia Dunne, who has reportedly been able to make close to $1 million in brand deals since the NCAA’s rule changes thanks to the brand she’s built on social media.

No one would have imagined a college gymnast ever seeing that type of life changing money before these changes, and now it’s a reality.

Just like every other college student becoming an “influencer,” Dunne can now do that and compete for LSU’s gymnastics team.

That type of free market access is so beautifully American.

And now, finally, college athletes from the stars to the walk-ons and from the top sports to less popular Olympic sports are all benefiting.