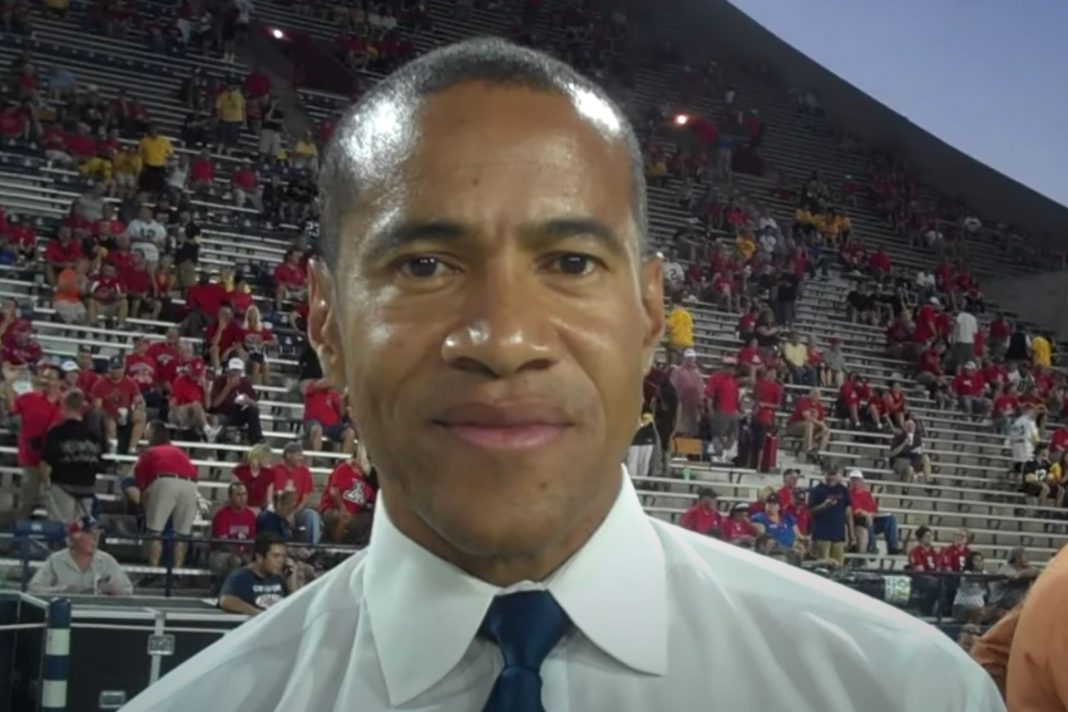 ESPN has killed its brand by going full “woke.”

Anyone tuning into the network to watch sports is just as likely to get a political sermon.

And one ESPN announcer went nuts on Twitter and said something outrageous about the police.

ESPN announcer Mark Jones has been doing play-by-play for many years, but suddenly he’s deathly afraid of doing his job.

In response to Kentucky Attorney General Daniel Cameron announcing there would be no murder charges in the shooting of Breonna Taylor, Jones said he would be denying his police protection at the stadium to ensure the cops don’t shoot him.

Saturday at my football game I’ll tell the police officer on duty to “protect” me he can just take the day off. Fr.

I’d rather not have the officer shoot me because he feared for his life because of my black skin or other dumb ish.

I’m not signing my own death certificate💯

This is obviously deranged thinking, and it’s emblematic of what ESPN has become.

Jones was ripped up and down for his terrible takes, and unfortunately for him, Twitter has a long memory.

People dug up several past tweets from Jones where he praised the police, including this one:

Jones’s sudden militant turn could be a result of his company going full-blown “woke.”

ESPN took a hard-left turn under the management of John Skipper, but his replacement with Jimmy Pitaro seemed to get the network back on track, purging some of the ill-tempered leftists causing people to change the channel.

But ever since the death of George Floyd, the promotion of politics is as strong as ever.

Jones worked the Army vs. Cincinnati game without incident, keeping the number of sports commentators killed on the job by police at zero.

Hopefully he can breathe easy now.