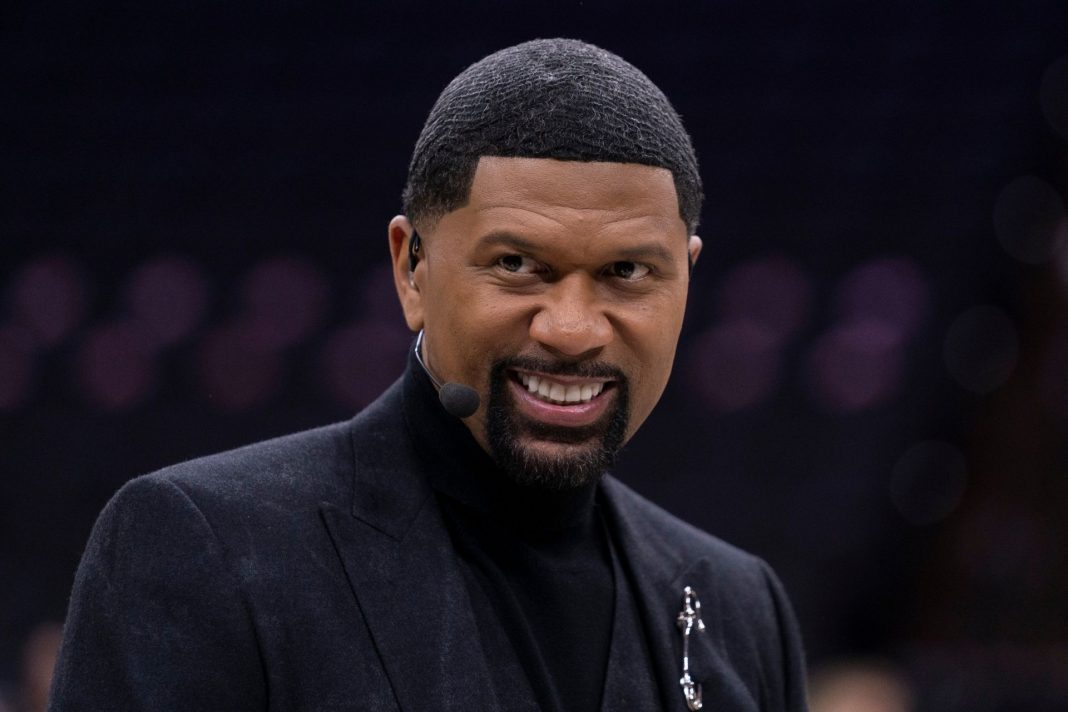 They are facing calls to fire a big name.

And this ESPN host’s racist rant will leave your jaw on the ground.

On Thursday’s episode of Jalen and Jacoby, former University of Michigan “Fab Five” and NBA star Jalen Rose fired off a racially charged attack at Team USA for including Cleveland Cavaliers forward Kevin Love on the Men’s Olympic Basketball team.

Rose began his rant by noting a picture of Tommy Smith and John Carlos’ black power salute at the 1968 Mexico City Olympics was behind him.

“But I’m disappointed in something. As I do this show every day, I do it in front of a picture of Tommy Smith and John Carlos raising their fists at the Olympics,” Rose began.

Rose claimed Love only made the team because of “tokenism.”

“Kevin Love is on the team because of tokenism,” Rose ranted. “Don’t be scared to make an all-Black team representing the United States of America. I’m disappointed by that. Anybody that watched the league this year knows Kevin Love did not have a stellar season, was not the best player on his team, and did not necessarily deserve to be on this squad.

“I’m disappointed in Team U.S.A. for not having the courage to send an all-black team to the Olympics,” Rose fumed.

Rose was right that Love did not have his best season, averaging 12 points and 7 rebounds in 25 games.

But Rose’s racist attack on Love’s inclusion was factually wrong.

Jalen Rose had to look no further than four years ago to see that the 2016 Olympic Basketball team was all black.

This year’s games in Tokyo present a challenging situation that not many NBA stars want to deal with.

The country is still in the midst of coronavirus restrictions and the Olympics will be played in front of limited capacity fans.

LeBron James, James Harden, and other top stars turned down the opportunity to play for Team USA after playing in multiple previous Olympic Games.

Love has played for Team USA in the past and as a career 36 percent three point shooter is the type of “stretch four” big man you need to excel at international basketball.

Now the question is how ESPN will hold Rose accountable for his racist lie.