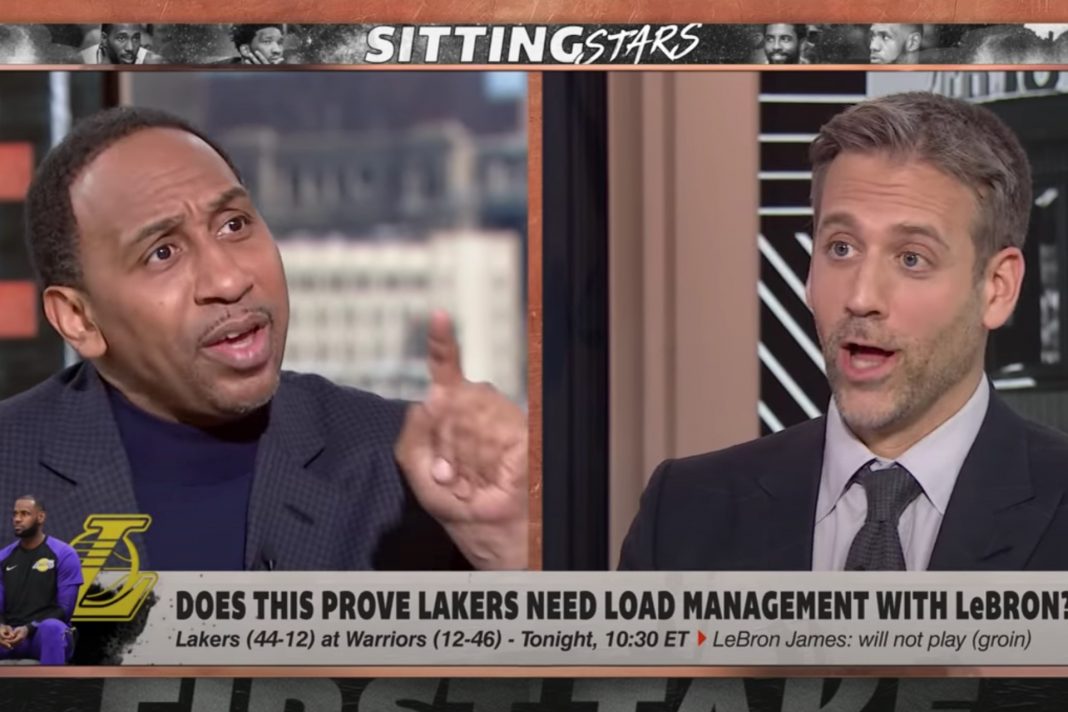 As ESPN continues to slowly spiral down the drain, the network, and its so-called “talent” are desperate for viewers.

Countless ESPN personalities will do or say nearly anything to garner the attention they so desperately crave.

If you need proof, look no further than this ESPN talking head, whose ridiculous Drew Brees take is the dumbest thing you’ll see all day.

Max Kellerman has become the laughing stock of the sports media in recent years.

In an effort to raise his own profile, Kellerman has taken ESPN’s “embrace debate” mantra to heart, and routinely goes out of his way to argue points no one else would because, well, they’re ridiculous points that only a buffoon would actually believe.

Just as he did a few years ago when he attempted to argue that Notre Dame’s “Fighting Irish” mascot was “racist” toward the Irish. Happy St. Patty’s day, BTW. Sláinte! Kellerman was up to his old tricks this weekend on the heels of Drew Brees’ retirement.

With Brees announcing the end to his historic 20-year NFL career on Sunday, most of ESPN’s shows dedicated significant time Monday to praising the quarterback’s legacy.

The First Take crew was no exception, as Kellerman, Stephen A. Smith, and Dan Orlovsky all took turns praising Brees’ on and off-field accomplishments.

But things took a turn when host Molly Qerim asked Kellerman if Brees record-setting career made him worthy of being in the top-tier of the all-time greats who played the position.

Realizing that simply continuing to say what every fan with eyeballs and a functioning brain already knows – that Drew Brees is one of the greatest quarterbacks of all-time – wouldn’t get him the social media attention he so desperately craves, Kellerman chose to argue that Brees didn’t belong among the all-time greats.

“Don’t do this to me this morning. You’re going to make me this guy this morning, Molly?” Kellerman asked with chagrin, knowing that the continuation of his mediocre career depended on him making a ridiculous argument for attention.

“I admit he’s a Hall of Famer, and an all-time great,” Keller said to hedge against what was coming next. “I interpret that question to mean, among the greats all-time, is he in the inner sanctum of those greats? My answer is no.”

Quite frankly, Dan Orlovsky’s facial expression as Kellerman continued to make the claim that Drew Brees wasn’t part of the top-tier of quarterbacks all-time says it all.

Orlovsky, like everyone else in the world, was dumbfounded that any self-respecting human could possibly argue something so wildly misguided and not rooted in even a semblance of rational thought.

When Drew Brees retired on Sunday, he did so as the all-time leader in passing yards, passing completions, completion percentage, and consecutive games with a touchdown pass, while being second all-time in touchdown passes and pass attempts.

And the Super Bowl 44 champion and MVP did it all while being a leader off the field in New Orleans, specifically in the city’s rebuilding efforts after Hurricane Katrina for which he was honored as the 2006 Walter Payton Man of the Year.

Sure, guys like Tom Brady and Joe Montana who won numerous Super Bowls will always be the first who come to mind when anyone lists the greatest quarterbacks of all-time.

But right there with them is Drew Brees, and there’s no rational argument that could possibly claim otherwise.

Max Kellerman’s assertion is not only factually flawed, it defies all logic.

But that’s who Kellerman is, and that’s exactly who ESPN wants him to continue to be so long as he keeps driving attention on social media.

Like most in the media – sports and otherwise – ESPN and Max Kellerman cannot allow facts and common sense to get in the way of a good segment.

As long as people are talking about him, being known as someone who constantly unleashes the dumbest takes of all-time is merely a minor inconvenience for Max Kellerman.

After all, without his ridiculous takes, Kellerman is worthless to ESPN, and he obviously knows that better than anyone.

Sports with balls will keep you up-to-date with this ongoing story.