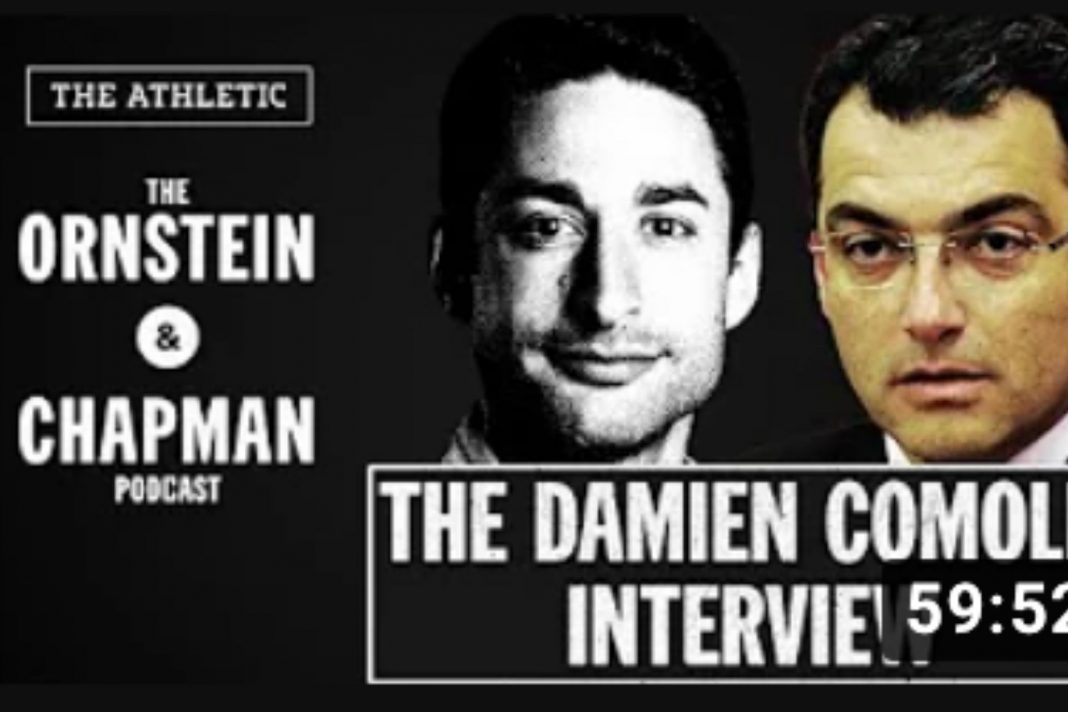 Sports media has undoubtedly been suffering in recent years.

None may be suffering as much as this sports media outlet, though, as they appear to be going under faster than the Titanic.

In 2016, Alex Mather and Adam Hansmann co-founded the sports media site The Athletic on the idea that they could basically hire local sports writers from failing newspapers, put them online, charge readers a subscription fee, and somehow crush every other sports outlet without having any advertisers.

Later, in 2017, Mather declared that The Athletic would essentially be the end of local sports sections, and that his site would soon be the last outlet covering local sports the way traditional newspapers had for decades.

“We will wait every local paper out and let them continuously bleed until we are the last ones standing,” Mather said. “We will suck them dry of their best talent at every moment. We will make business extremely difficult for them.”

Fast forward to today, and it appears that The Athletic is actually the company that is bleeding out, and the outlook for local newspapers looks extremely promising in contrast to Mather and Hansmann’s sinking ship.

A couple of weeks ago, it was reported that The Athletic’s financials were in such a dire situation that they were frantically searching for someone to buy the company and bail them out.

They first went to Axios, but when that quickly fizzled out they zeroed in on being acquired by The New York Times.

Quite frankly, when you’re looking to the failing New York Times to be your saving grace, you know you’re in serious trouble.

But now, Bloomberg has reported that even The New York Times has passed on bailing out The Athletic, saying those talks “didn’t get very far.”

The Wall Street Journal had previously reported that after the talks with Axios broke down, The Athletic was pinning all of its hopes on The New York Times, so the fact that they are now also not an option seemingly leaves the company without much of a chance at survival.

Sources close to The Athletic told Outkick’s Sam Amico that The Athletic has struggled with securing renewals from subscribers, which is the lifeblood of the site considering they don’t have any advertisers or other forms of revenue.

One investor even told Outkick that unless The Athletic could find a new business partner or outright buyer, he fears a “major shakeup in operations.”

Outkick also reported that The Athletic is in such a precarious position that they have put a freeze on all hiring across the company.

Outside of their lack of revenue due to their singular focus on subscriptions, another major issue for The Athletic is the fact that they have somehow convinced investors to dump over $139 million into the company at a $500 million valuation over the years.

From the outside looking in, it seems as though The Athletic thought that if they could keep investor money flowing in, turning a profit wasn’t that big of an issue so long as they could keep up the appearance that they were growing by hiring local sports writers from across the country.

However, eventually, the time is going to come when the appearance of growth isn’t enough, and all those investors you convinced to give you millions of dollars are going to want to see a return on their investment.

The Athletic has always refused to disclose whether or not they are profitable, but as one source told Outkick by text, “Come on. I think you know the answer to that.”

The story of The Athletic will always be centered on people’s fascination with how a company could convince seemingly smart investors to dump tens of millions of dollars into a business model that was very obviously flawed from the start, and never once came close to achieving a profit.

Clearly, The Athletic’s leadership assumed – and investors for some reason agreed – that the only reason local sports media was dying a slow death was because of their outdated business model and the advent of the Internet.

What they obviously failed to consider is the fact that they were only half right in their evaluations of the media landscape and what consumers wanted from sports media.

Look at the long list of The Athletic’s employees, and you’ll find writer after writer who loves injecting politics into sports, and has a long history of bouncing from outlet to outlet because the average sports fan didn’t care to hear anything they had to say.

If The Athletic has instead taken a non-traditional route of hiring talent people actually wanted to hear from, the company wouldn’t be in this position today.

Instead, they’re on the verge of losing a lot of other people’s money because they chose to believe that they could put the same boring local sports section content online and people would pay for it.

And The Athletic, and their investors, are now paying the price for not seeing the writing on the walls that is blatantly obvious to most everyone else.