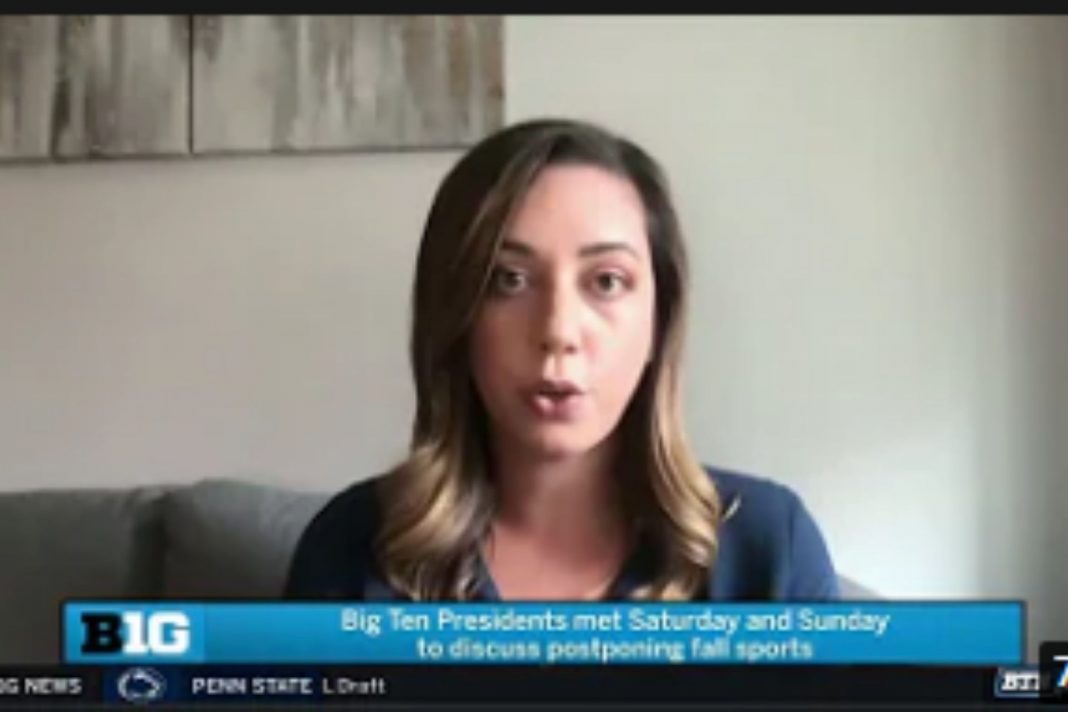 If there is anyone who is a part of the sports media that isn’t on the far-left, they’re few and far between.

And just when you think the far-left sports media can’t be any more far-left, they always find a way to take it to a whole other level.

Just as this far-left sports writer did recently, when she went off on another news outlet for an absolutely insane reason.

Despite having to overcome a difficult childhood and some personal issues during his time at Penn State, Parsons has grown on and off the field to be on the verge of becoming a first round pick in this week’s NFL Draft.

To most sane humans, his story is rather inspirational, and will give you plenty of reason to root for his success.

But for The Athletic’s Nicole Auerbach, there was a part of Micah Parsons’ story that she believes never should’ve been told because of her far-left views.

According to Auerbach, the fact that Parsons was “spared from abortion” should have never been published by a “legitimate news outlet.”

I cannot believe a legitimate news outlet ran "spared from abortion" in a subhead about someone.@PennLive published this Tuesday AM and it's still up. https://t.co/TvyXkV4RWb pic.twitter.com/1U3dWwNxFS

Obviously, seeing the words “spared from abortion” in a subheading and reading Micah Parsons and his mother, Sherese, speak openly about the fact they feel divine intervention played a role in her not going through with aborting her child, triggered and infuriated Auerbach to no end.

Never mind the fact that it’s an incredible story of perseverance and faith, in which an already struggling, semi-single mother of two worried about whether or not she would be able to feed the third child she was pregnant with.

Never mind the fact that had it not been for a random phone call from Sister Hall from their church, Micah Parsons probably would have never been born, much less grow up to be one of the best linebackers in the country who will soon be a multi-millionaire that can completely change the lives of his entire family.

None of that matters to radical ideologues like Nicole Auerbach when it threatens the abortion factories they work so hard to protect.

If Nicole Auerbach had her way, Micah Parsons would have been just another one of the millions of black children that have been murdered in the womb in the 21 years since his mother chose life.

Today’s sports media has certainly stooped pretty low in order to push their far-left agenda, but few have gone to as disgusting and demented a depth as Auerbach did with her tweet.

Honestly, with writers like Auerbach forcing this type of far-left ideology on sports fans on a daily basis, it’s no wonder that The Athletic is a dumpster fire that is on the brink of bankruptcy.

Of course, in her world, the only “legitimate news outlets” are those who push a far-left agenda at all costs and then wonder why the few subscribers they have left don’t read their site and refuse to renew their subscriptions.

Fortunately, though, with The Athletic’s current trajectory, Nicole Auerbach soon won’t have a platform to spread such despicable nonsense.