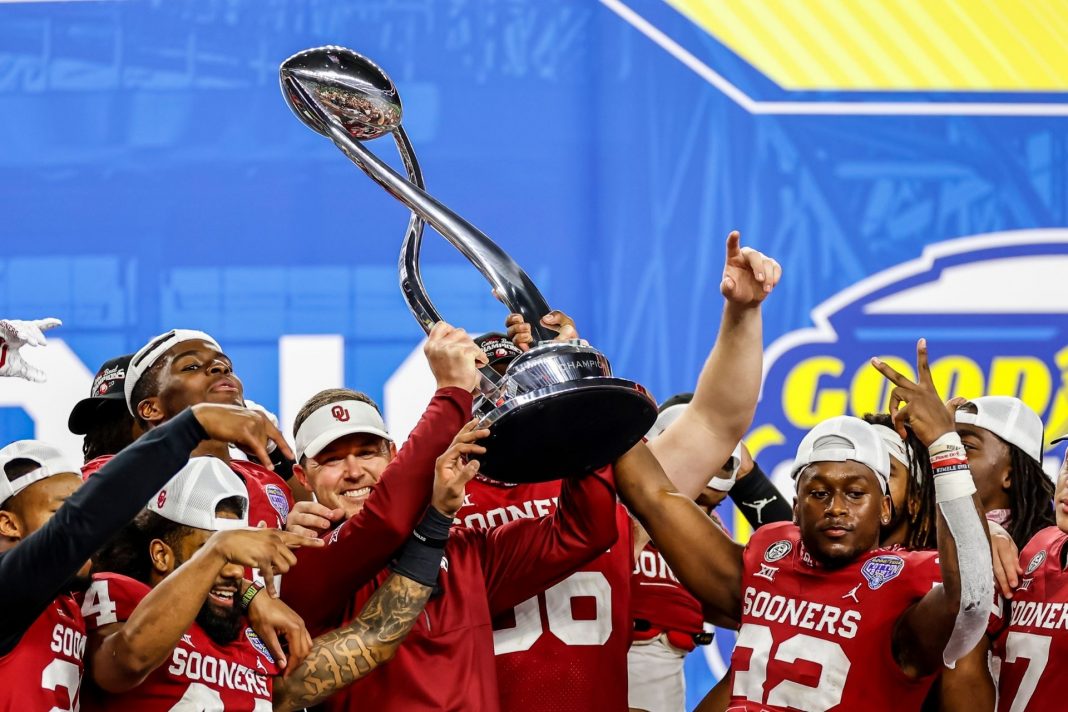 An athlete’s career can end in an instant.

Everyone accepts that risk when they take the field.

But now this football star nearly had their career ended in a wild brawl that was caught on video.

Spencer Jones is a senior wide receiver on the University of Oklahoma Sooners football team.

On Valentine’s Day weekend, Jones was involved in an altercation in the bathroom of the Campus Corner Bar.

Jones – who is wearing the dark color jacket – was apparently trying to be a peacemaker before the other man attacked him.

The video shows Jones trying to defend himself before the other individual – who appeared to have some MMA training – took Jones down and tried to put him in a rear naked chokehold.

Jones landed some blows and powered out of the move only to have the other man re-establish his position on top of Jones and land several more punches.

Was it really power hour if you didn’t get in a fight on the piss-soaked bathroom floor? pic.twitter.com/lWombEtc3g

“Dr. Brooks came out of that surgery saying he’s extraordinarily lucky at this point, that he’s lucky he didn’t lose the eye altogether,” Glass told the OU Daily.

“And so he was able to do some things surgically to rebuild that orbital socket and thinks everything is eventually going to come back to normal, but it’s going to take a while for him to fully recover.”

The video of the fight went viral, racking up over 6.5 million views on Twitter.

Thankfully Jones emerged from surgery with no permanent damage.