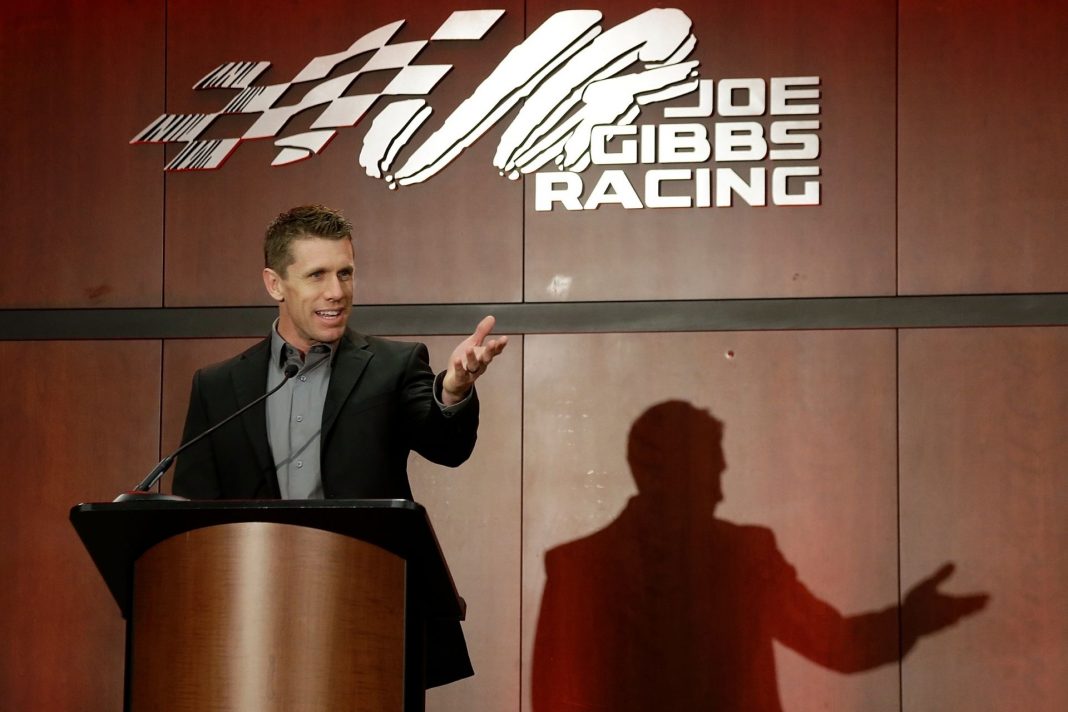 Athletes in today’s sports world have become more involved with politics than ever.

Of course, in the case of most athletes, that generally involves espousing far-left political talking points rather than doing their own homework.

But this former NASCAR star may be looking to break that trend, as he is considered to be a potential candidate for U.S. Senate in 2022.

One of the biggest mysteries in NASCAR history revolves around the sudden, and completely unexpected early retirement of former Cup Series star Carl Edwards.

After the 2016 season – a season in which he compiled three wins, nine top-5’s, 18 top-10’s, and finished fourth in points – Edwards walked into team owner Joe Gibbs’ office and said he was walking away from racing.

Gibbs has admitted it was one of the most shocking moments of his life, and to this day even the legendary team owner still doesn’t know why Edwards made the decision.

That day, Edwards told Gibbs he wasn’t going to tell anyone his reasons, and proceeded to walk away from the sport for good.

Over four years later, Edwards has been true to his word, and has rarely been seen since, seemingly only coming out of wherever he’s hiding about once a year to let NASCAR fans know he’s still alive.

But now, Edwards may just be coming back into the public eye in a major way, and there will no doubt be many NASCAR fans that are thrilled, especially those in Missouri.

With Missouri Senator Roy Blunt vacating his seat once his term is complete, Missouri Independent editor-in-chief Jason Hancock has reported that Edwards’ name is being mentioned “a lot” as a potential candidate.

“Another name coming up a lot this morning: Retired NASCAR driver Carl Edwards,” Hancock tweeted. “He was among those who publicly considered a run in 2018 against then-U.S. Sen. Claire McCaskill.”

Another name coming up a lot this morning:

He was among those who publicly considered a run in 2018 against then-U.S. Sen. Claire McCaskill. #mosen #moleg https://t.co/htC1fT4FUX

Back in 2018, rumors began to swirl that Edwards was potentially considering challenging then-Senator Claire McCaskill in his home state of Missouri.

“I believe in America, and I believe that the Constitution is the set of rules that let us have all this success and this freedom,” Edwards said at the time. “And I think, like anyone, I care about that being there for generations to come. So yeah, if sometime in the future, there’s a chance for me to help that cause – to try to lend some assistance to not letting us get off track – then heck yeah, I’d consider it.”

You have to admit, if Edward were to run and win, seeing a United States Senator celebrate with a backflip would be quite the sight.

Obviously, like most things with Carl Edwards, whether or not he’s actually going to run remains a mystery.

Edwards hasn’t publicly expressed any interest in launching a campaign this time around, but considering the fact that it’s something he considered publicly in 2018, it’s certainly a possibility.

We’ll just have to keep waiting, just as we’ve done for over four years now to see what Edwards is up to next.