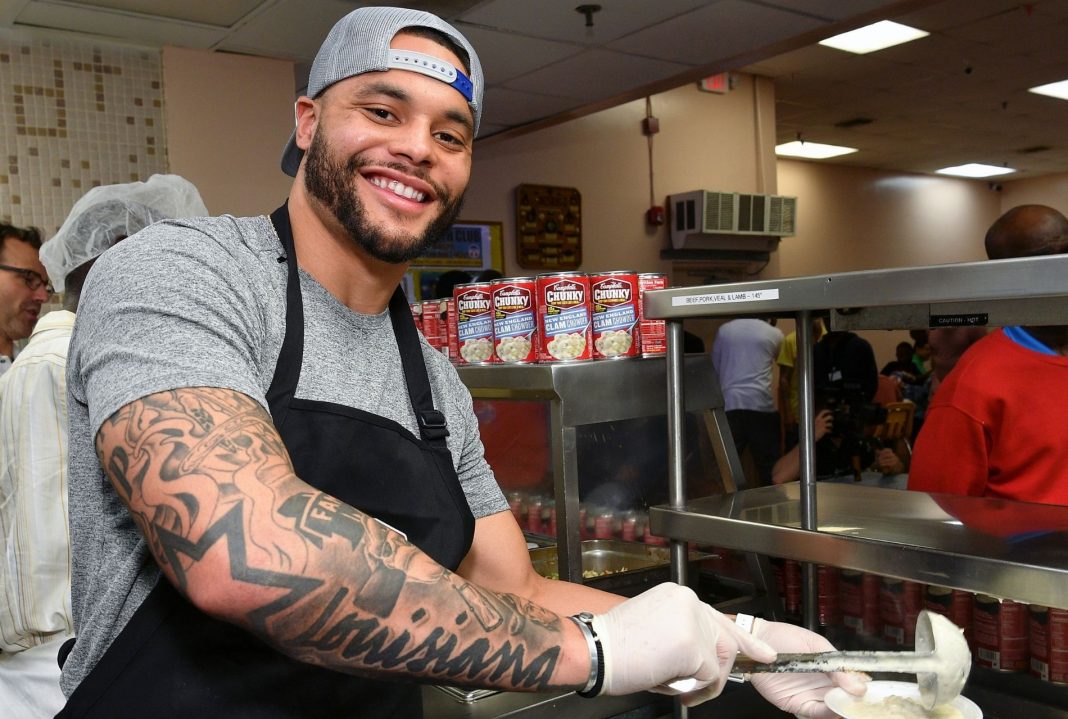 Gone are the days where only the top handful of quarterbacks are paid insanely large sums of money.

Now, even average at best quarterbacks are amongst the league’s highest paid players, and some, like the Cowboys’ Dak Prescott, continue to ask for more.

But this former NFL quarterback says Dak should actually be paid less, simply because he plays in Dallas.

Last off season’s biggest story revolved around the contract negotiations between Prescott and the Cowboys.

According to reports, Prescott turned down a five year, $175 MILLION offer from the Cowboys, which would have made him one of the highest paid players in NFL history.

Prescott’s decision to turn down a historic contract ultimately led the Cowboys to place the franchise tag on him, giving him a one-year, $31.4 MILLION deal.

Now, the Cowboys and Prescott are once again looking to get a long term deal, which should easily pay him close to $40 MILLION per year.

Considering the drama of last offseason as the two sides tried to reach an agreement, this should be one of the biggest storylines of this offseason, but somehow it’s flown under the radar.

But one person who is interested in the process is former NFL quarterback Carson Palmer.

And according to Palmer, Dak Prescott is asking for too much, and in all actuality should be getting paid less because he’s fortunate enough to play in Dallas.

“Because, if you win in Dallas, look at today’s television networks,” Palmer continued. “You got Troy Aikman, Jason Witten and Tony Romo all on nationally televised games. Partially, because of their playing careers, but a majority of that is because they played for the Dallas Cowboys. They are a household name. You’ve seen Dak on tons of commercials and endorsements. You can make that same top-tier money if you’re Dak and you take a little bit less, and you keep all the players around you within the salary cap structure.”

Obviously, the idea of taking less money isn’t going to be one that Dak Prescott goes for, especially considering how much money he was willing to leave on the table last offseason simply because he wanted more.

But, at the same time, it’s definitely an idea that he should consider.

Let’s be honest, no one is putting Prescott in the same category as Patrick Mahomes, Tom Brady, or Aaron Rodgers, even if he wants to be paid like them.

Dak is always going to be a good, not great, quarterback, and the only way for him to succeed above a mediocre level is to play on really good teams.

So long as Dak is taking up a massive percentage of the team’s salary cap, they’re not going to be able to put the talent around him to win games.

Taking less money now is the best way for Dak Prescott to get more money later.

Now all he has to do is take the advice.