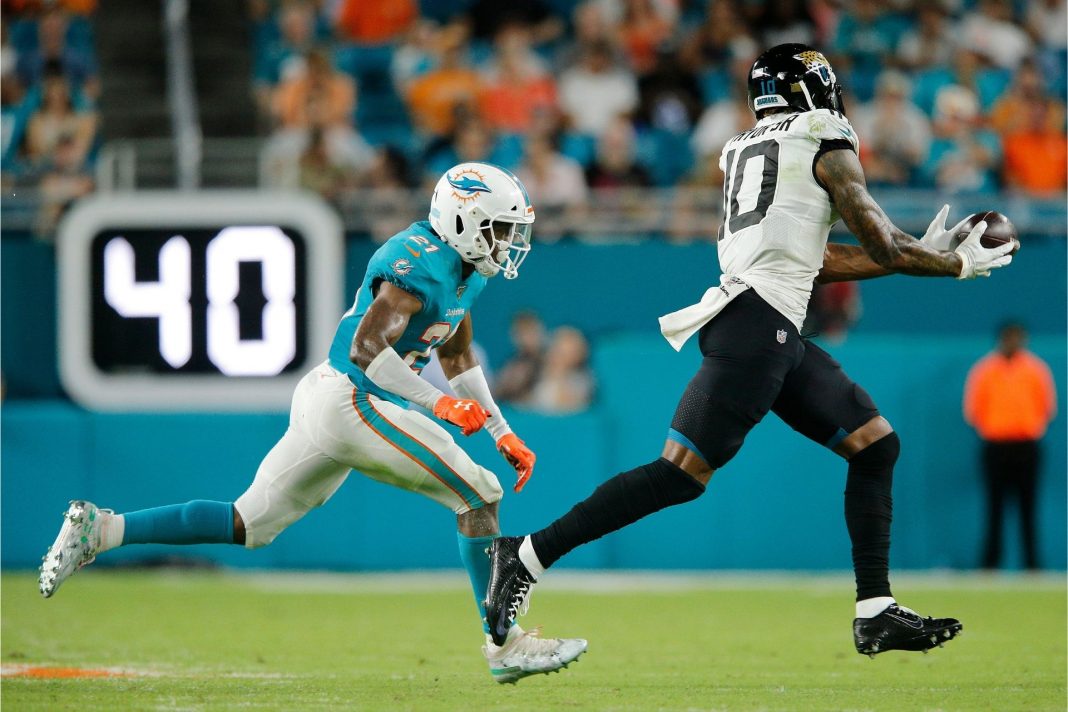 Every single day we hear about another NFL player getting arrested.

Whether it be for substance abuse, DUI’s, or assault, these “geniuses” just can’t seem to stay out of trouble.

But this latest case of assault may be one for the books as this former NFL star found himself under arrest for assault and you won’t believe why.

Just the other day, retired wide receiver Terrelle Pryor was arrested for simple assault, and summary offenses of “harassment and criminal mischief,” after slapping a woman during an argument and throwing lawn furniture and pumpkins at her car.

The truth is, while this example is a bit outlandish, this sort of behavior is nothing new for NFL players.

Remember, these NFL players are supposed to be the models of moral superiority who dictate what is politically correct.

These players like to run around with woke slogans like “stop hate” on their helmets, but throwing a pumpkin at a woman’s car after smacking her senseless does not exactly say “stop hate” to me.

Before Roger Goodell and the National Football league decide to go on another woke crusade to save the world, maybe they should begin by looking in the mirror.

But as we all know, holding players accountable for acting like complete thugs does not appease their corporate overlords.

Having said that, in all likelihood if things do not turn around, the NFL will run out of a fan base.

People are sick and tired of violent, spoiled rotten, stupid, diva/thug players being treated like saints championing their woke agendas, pointless politically correct name changes, male dance squads, and all of the other ridiculous crap the NFL thinks up on a regular basis.

Football is a central part of the United States and our culture.

But it looks like this story is yet another example of the decay of professional football and the American identity.