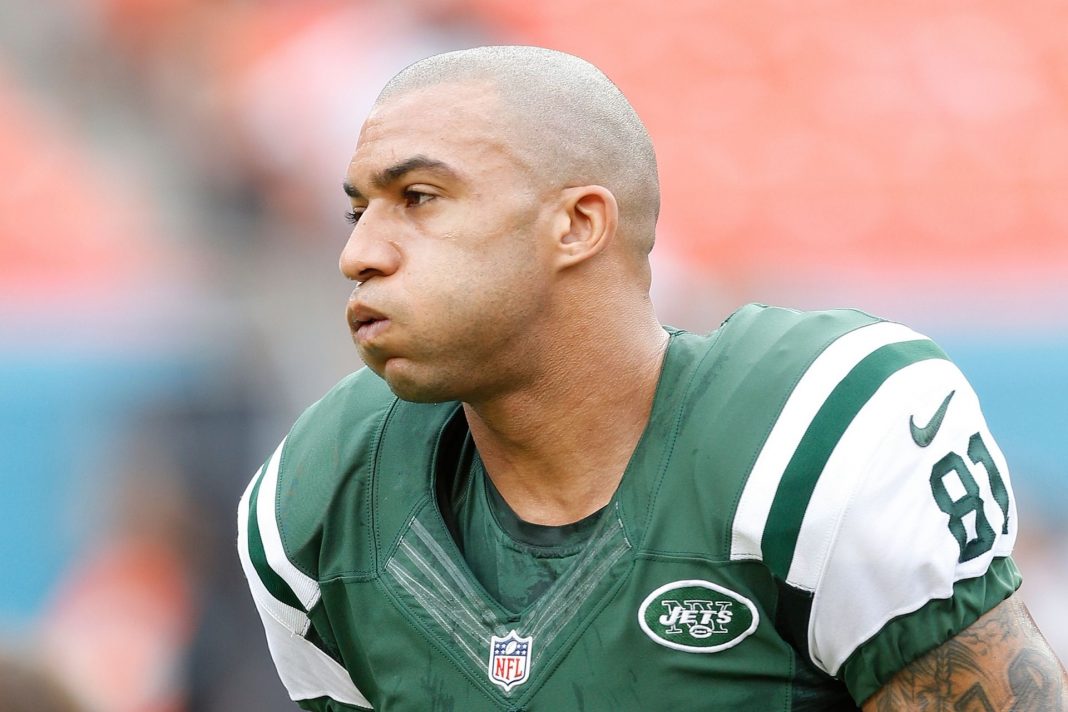 Head injuries have become a major focal point in sports in recent years, with football being pinned as the main culprit in the media.

While concussions are obviously an issue that must be treated properly and are nothing to be trifled with, they’ve also apparently become a convenient excuse for criminal behavior.

That’s why this former NFL tight end’s attorney has blamed football for the multiple rapes and sexual assaults their client committed.

There was once a point in time in which Kellen Winslow Jr. was viewed as one of the most promising young tight ends in football.

At the University of Miami, Winslow was an unanimous All-American, who was awarded the John Mackey Award as the nation’s top tight end, and was ultimately drafted by the Cleveland Browns sixth overall in 2004.

After breaking his leg during his rookie season and a motorcycle crash the next offseason in which he tore his ACL, Winslow was finally healthy in 2006 and showed flashes of being the player the Browns thought they drafted by earning a Pro Bowl bid in 2007.

But from there it was all downhill, as Winslow bounced around the league after leaving Cleveland, spending time with the Tampa Bay Buccaneers, New England Patriots, and New York Jets.

Once Winslow’s football career was over, though, things got worse.

On top of charges of felony first degree burglary, battery of an elderly, willful cruelty to an elderly, indecent exposure, and others, Winslow was charged with multiple rapes and sexual assaults of five women in California.

Winslow’s victims include a homeless woman, a 54-year-old hitchhiker, a 77-year-old, a 57-year-old, and a then-17-year-old senior in high school who he raped after she passed out at a party.

Earlier this week, Winslow was sentenced to 14 years in prison for these heinous crimes.

But according to Winslow’s attorney, Marc Carlos, his client would have never committed all those crimes if it wasn’t for football.

Carlos argued in court that it was multiple blows to the head Winslow suffered during his playing days that caused him to go “off the rails” and commit these horrific crimes, the Associated Press reported.

In fact, the attorney has been attempting to use what he claims are his client’s symptoms of Chronic Traumatic Encephalopathy (CTE) as justification for Winslow receiving a lighter sentence since November 2019.

Interestingly, Winslow never missed a game throughout his football career for any head injuries and there has never been any evidence presented to support the claims that he suffered any concussions.

That certainly doesn’t mean Winslow didn’t suffer head injuries, but as we’ve seen recently, both attorneys and the media have increasingly used CTE as an excuse for these football players turned criminals.

Back in 2015, attorneys for former New England Patriots tight end turned vicious murderer, Aaron Hernandez, used head injuries from football as an excuse for their client.

After Hernandez killed himself in prison, he was found to have CTE, and that has since been used in the media and documentaries, like Netflix’s Killer Inside: The Mind Of Aaron Hernandez, as the reason for Hernandez’s crimes.

But in both the case of Aaron Hernandez and Kellen Winslow, their criminal activities started when they were teenagers, long before they would have sustained major head injuries in college or pro football.

Furthermore, Winslow claimed during his sentencing that he was now going to get help for his head injuries once he’s in prison.

If Winslow, his family, and his attorney have all thought since at least November 2019, when the attorney first raised the CTE issue, that it was a contributing factor in Winslow’s near decades-long criminal history, why would he just now be receiving any help?

It’s entirely possible that Kellen Winslow suffers from CTE, but the insistence on using it as an excuse for heinous crimes committed over multiple decades is deplorable, and utterly ridiculous.

These excuses are nothing more than yet another way for criminals to try to deflect blame for their actions and receive leniency from a judge.

Hopefully, Kellen Winslow does receive help, not just for any head injuries he may have, but also for the clear psychopathic behavior he’s exhibited since he was a teenager.