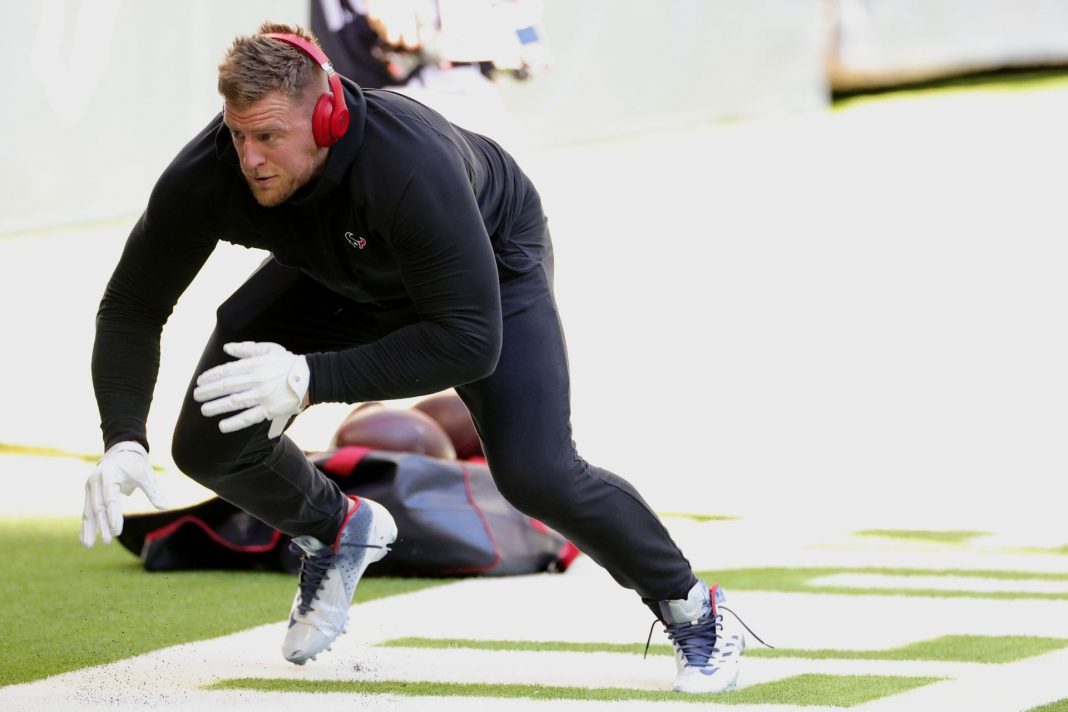 This NFL offseason has seen plenty of big name players either join new teams or be the focal point of rumors about a potential move.

On Monday, one of those big names, J.J. Watt, shocked the world when he officially announced that he was signing with the Arizona Cardinals.

Some people aren’t pleased with his decision, though, and that includes this former Texans coach who is apparently insanely salty over Watt’s payday.

When it was announced that J.J. Watt and the Texans were parting ways roughly three weeks ago, the prevailing opinion of most NFL insiders and fans was that Watt was looking to sign with a team to contend for a Super Bowl right away.

Throughout the past three weeks, the Browns, Packers, Steelers, Bills, and Titans were all viewed as Watt’s most likely landing spots.

But unlike most free agents, there were hardly any firm reports that gave insight into the three-time NFL Defensive Player of the Year’s thought process.

So when Watt made the announcement that he had signed with the Cardinals – a team that was never mentioned as a possible landing spot – in a deal that would pay him $23 million guaranteed over the next two years, many were left scratching their heads.

While the Cardinals have plenty of young talent, they also barely made the playoffs in 2020, and don’t seem to be as ready made for a Super Bowl run as the other teams that Watt could have signed with, albeit for less money.

That fact, along with a report that claimed one of those potential Super Bowl contenders offered Watt $14-16 million, has caused some to criticize him for claiming he was only focused on winning at this point in his career, but opting instead to get another payday.

One of those who is now choosing to be ultra critical of Watt is an anonymous former Texans coach.

According to Josh Reed, the sports director at WVIB in Buffalo, this former Texans coach claims that Watt is “selfish, only cared about his stats,” and that “he hurt us more than he helped us.”

FWIW Bills fans: I spoke to someone who was on the Texans coaching staff with Watt and the review wasn't glowing. "He's selfish, only cared about his stats", "he does a lot of things that hurts the defense", "he hurt us more than he helped us", and finally "I wouldn't want him"

Interestingly, this is the first time in Watt’s decade-long career in the NFL that anyone has claimed he was anything but a great teammate.

In fact, for many of Watt’s 10 seasons in Houston, he was literally the only bright spot for a meddling franchise that has a reputation for wasting players’ careers.

If I’m @deshaunwatson I will stand my ground. The Texans organization is known for wasting players careers. Since Jack Easterby has walk into the building nothing good has happened in/for the organization and for some reason someone can’t seem to see what’s going on. Pathetic!!!

Furthermore, if it is true that J.J. Watt is a “selfish” teammate who hurts his team more than he helps, it would have been insane for his former Texans teammate DeAndre Hopkins to actively recruit Watt to join him in Arizona.

It’s rather clear that this anonymous former Texans coach is insanely salty that Watt was one of the most sought after free agents this offseason and was not only able to pick from a plethora of very talented teams, but also land a big payday.

Anytime someone is unwilling to sign their name to statements they’re making, it’s a clear sign that there is either an axe to grind or some other deep-seated issues.

It’s also interesting that these anonymous quotes were made public by someone from the Buffalo sports media, considering the Bills are a team that Watt obviously passed over in order to sign with the Cardinals.

There are many fan bases across the league that are now very unhappy that their team couldn’t land a prized free agent like Watt to help put their team over the top.

And while the quotes probably weren’t completely fabricated, there’s no doubt that there was an agenda behind them, both from the coach and the member of the Buffalo sports media who put them out.

J.J. Watt has been the ultimate example of a player who’s loyal to his team and works tirelessly to do everything he can to help the team succeed throughout his NFL career.

And there’s little doubt that he will make Arizona better, whether anonymous sources or the teams he passed over like it or not.