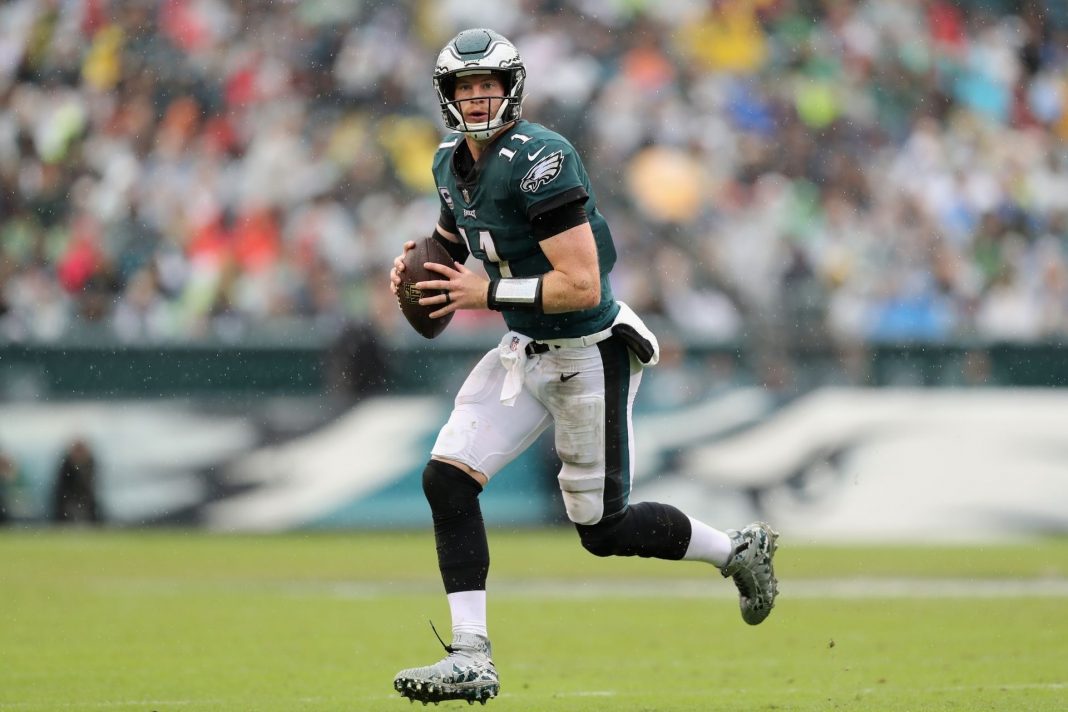 And when teams find their franchise quarterback, they try everything they can to keep them.

But this franchise quarterback just got benched and it could be the end of his career.

We can all name some of the great franchise quarterbacks in NFL’s history.

Who can forget the greats like Joe Montana, Roger Staubach, and Peyton Manning?

Perhaps with the exception of the Giants with Eli Manning, nearly every team that won the Super Bowl had a good reliable franchise quarterback that helped them make it to the big game.

On this day in 2016, Eli Manning made this face when his brother was on the verge of winning his second Super Bowl. pic.twitter.com/uSlpmtlNIt

So when teams find their franchise quarterback they usually do whatever they can to keep them.

But that’s not the case for Carson Wentz and the Eagles.

According to ESPN, Carson Wentz is being benched for rookie Jalen Hurts for the game this Sunday versus the Saints.

Like for most people, as Sports with Balls previously reported, 2020 has sucked for Carson Wentz.

This is the worst year out of his young career as he ranked first in the league with the most interceptions and ranked 31st with the most completion percentage.

Doug Pederson, head coach for the Eagles, told the press:

Carson is like all of us right now, he’s disappointed. He’s frustrated. He’s been a professional through it all. He supports his teammates and that’s what you want to see from him, the leader of the team. I know sometimes the quarterback gets a lot of the blame like the head coach does. It’s the good with the bad. It’s not about Carson Wentz. It’s not about one person. We know we have issues on offense and it has been a struggle for us all season. That’s where the frustration lies a little bit, but he’s been a pro and would expect nothing less.

So basically Pederson just gave Wentz the pink slip in the most polite way possible.

Only time will tell if Wentz gets his job back or if his career might be done for.