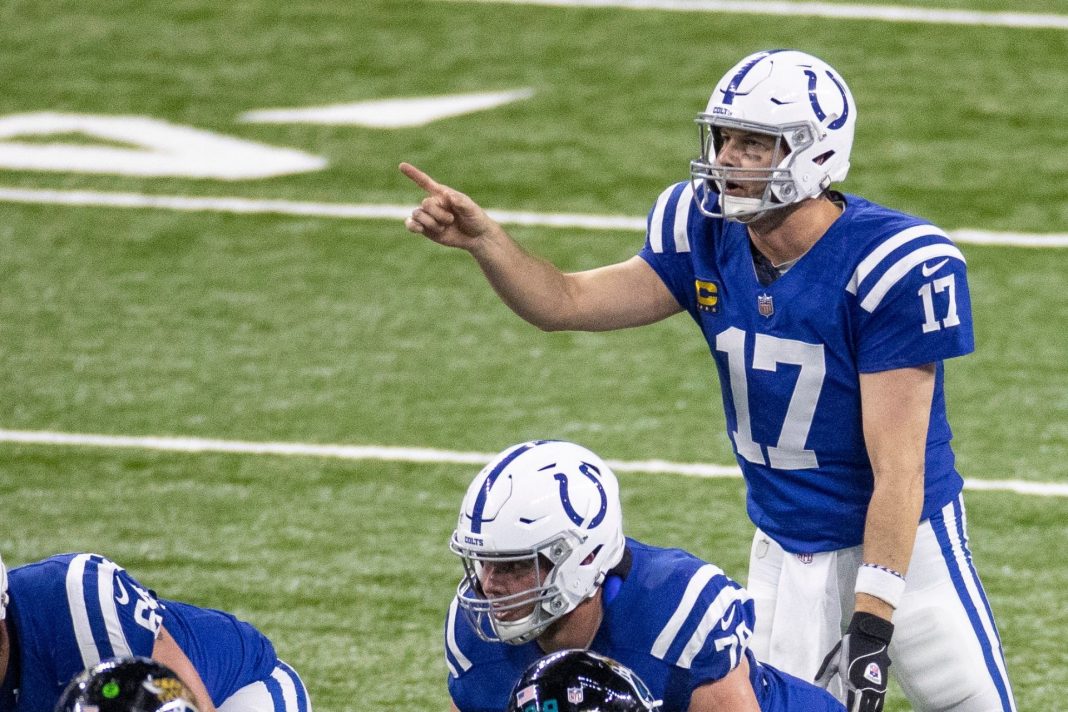 There’s a lot that can be said about the NFL over the past 15 or so years, but one aspect of this era that fans often overlook is how spoiled we’ve been to experience such a strong stable of quarterbacks.

We’ve been fortunate enough to see some of the absolute best to have ever played the game in an era that puts more importance on the quarterback position than any other.

But all good things must come to an end, and at least one future Hall of Fame quarterback is hinting at hanging up his cleats – and every major network seems determined to get him in their broadcast booth sooner rather than later.

Since he became a starting quarterback in the NFL back in 2006, very few quarterbacks have played the position at the same level as consistently as current Indianapolis Colt, and former Charger, Philip Rivers.

While the Brady and Mannings of the world had a tendency to dominate sports talk, Rivers was always right there with them in virtually every statistical category.

Rivers ranks fifth in passing yards and sixth in touchdown passes in NFL history, and is second all-time in consecutive regular season starts by a quarterback, which doesn’t even include the AFC Championship game in which he played through a torn ACL.

Outside of Miami Dolphins Hall of Famer Dan Marino, Rivers is without a doubt the greatest quarterback to have never won a Super Bowl thanks to the inept franchise he stayed loyal to throughout most of his career.

However, at 39-years old, and being the father of nine children, it’s no secret that Rivers’ career is coming to a close sooner rather than later.

With Rivers’ one-year, $25 MILLION deal with the Colts coming to an end at the conclusion of the season, and the Colts facing off against the favored Buffalo Bills in the playoffs, even Rivers himself has begun speculating about what his future may hold.

During an interview with The Athletic this week, Rivers even went so far as to admit that there’s a chance Sunday’s game against the Jaguars could be his last regular season game.

“If things don’t go the way you want this weekend, it could be . . . I guess it’s healthy to have that thought because we’re not guaranteed anything going forward,” Rivers said.

The comment obviously led to a lot of speculation by fans and the media – so much so that Rivers ended up having to clarify where he currently stands on the subject of retirement.

“I don’t want to speak in absolutes because there is still dust to be settled, whenever this season ends, and I’ll talk about it with my family, and the Colts have their side, but I still feel the same way,” Rivers said. “I hope there is a year two [in Indianapolis]. I think I’m really gonna want to play again.”

Since Rivers burst onto the scene as a rather unknown freshman at NC State, his love for the game has oozed from everything he does on and off the field, so it comes as no surprise that he’s a guy who wants to play as long as humanly possible.

Regardless, Rivers does have options beyond playing at least another season that could be intriguing to him.

According to recent reports, multiple TV networks that broadcast NFL games each week are eyeing Rivers as the next great talent for the broadcast booth.

Front Office Sports reported this week that ESPN’s “Monday Night Football” and FOX are the two main networks eyeing Rivers for a future TV gig, but also indicated that Apple or Amazon could also make a play, if they ultimately make a move to begin streaming NFL games, as has been speculated for a few years now.

“He’d be amazing on TV,” a source told Front Office Sports. First of all, he’s a great player. He’s got that Southern, down-home warmth. And he’s a quarterback like Romo. [Peyton] Manning’s the white whale for everybody. But Rivers might be just as good. If not better.”

Obviously, with former players turned broadcasters like Tony Romo making $18 million per year to call games, Rivers could very well see an offer from a major network be a more viable option from him and his family, as opposed to continuing to play into his 40’s.

At the same time, Rivers has always said that once he’s done playing in the NFL that his dream would be to follow in his father’s footsteps and become a high school football coach.

Back in May, Rivers was even announced as the “coach in waiting” at St. Michael Catholic High School in his home state of Alabama, a move that seemed to make clear what his plans were after his NFL days were done.

No matter what Philip Rivers decides to do next season, or in years to come, there’s no denying that he’s become a legend that fans and the media will talk about for years to come.

The same folksy, southern charm and exuberant personality that has TV executives apparently dreaming of putting Rivers in a TV booth, are the same qualities that have won him a legion of fans who will always remember him fondly.

He’s done things the right way throughout his career, at times making sacrifices for his own career.

At the end of the day, this is a decision that Philip and his family will have to make together.

But while our Sports with Balls team of experts bet we see him back on the field for the Colts next season, football will always be at the heart of anything Philip Rivers does.

And he’ll continue to be one of the best at whatever he chooses.