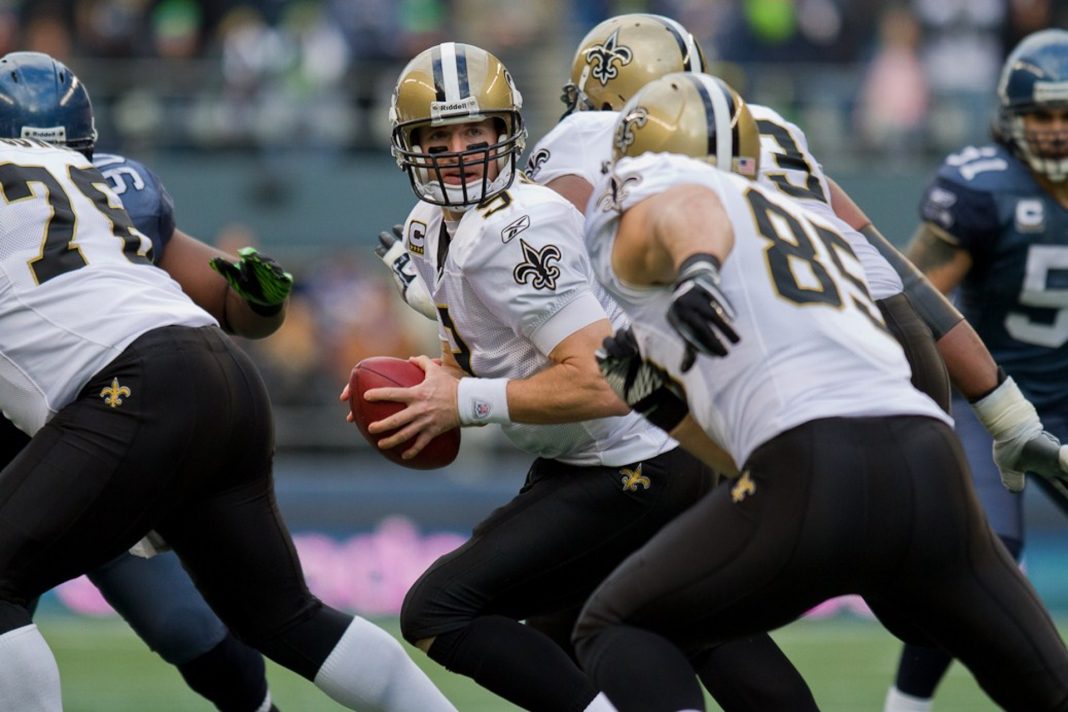 Pro athletes are leading the anti-police protest movement across the country.

Many point to Colin Kaepernick protesting the National Anthem as the origins of this movement.

And now this Future Hall of Fame Quarterback something about Colin Kaepernick that set everyone off.

The sports world is quickly turning into another Hollywood or academia where rigid adherence to liberalism is the only acceptable public stance.

During an interview, Brees was asked about his thoughts on Colin Kaepernick’s anti-National Anthem protest in light of George Floyd’s death.

Brees offered moving words defending the symbolism of the American flag and the sacrifice veterans like his grandfathers poured into the country defending our freedoms.

In short order, Brees learned that patriotism and defending the flag are not welcome views in NFL locker rooms.

Safety Malcom Jenkins – who at this stage of his career is best known for kneeling for the national anthem and having the left-wing sports media fawn over him as an “intellectual” – issued a profane diatribe at his team’s quarterback.

Other members of the team like wide receiver Michael Thomas ripped Brees as well.

Brees ended up cowering before the mob apologizing on social media for expressing pride in his grandparents’ service and always wanting to show respect for the American flag.

The quarterback wrote that he “would like to apologize to my friends, teammates, the City of New Orleans, the black community, NFL community and anyone I hurt,” Brees began.

“In an attempt to talk about respect, unity, and solidarity centered around the American flag and the national anthem, I made comments that were insensitive and completely missed the mark on the issues we are facing right now as a country,” Brees added.

“They lacked awareness and any type of compassion or empathy. Instead, those words have become divisive and hurtful and have misled people into believing that somehow I am an enemy. This could not be further from the truth, and is not an accurate reflection of my heart or my character,” Brees declared.

Do you think Drew Brees should have apologized?

Let us know your thoughts in the comments section