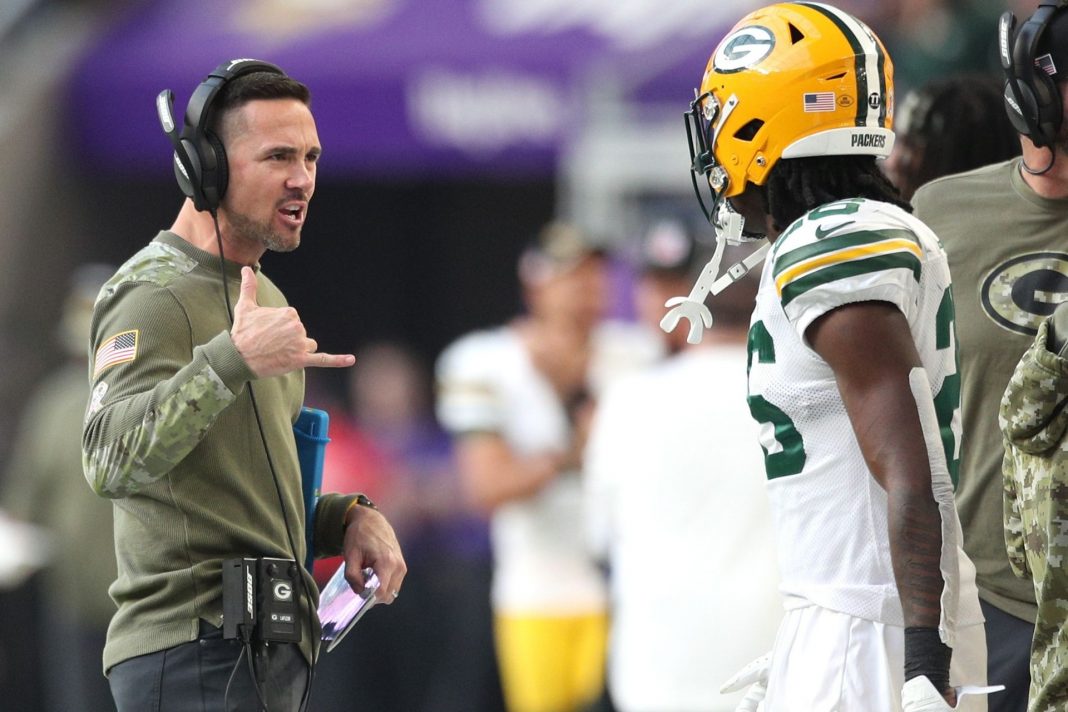 Week 11 was one for the books . . . upsets, injuries, and unexpected triumphs characterized this week in the NFL.

And although Week 11 is now in the rear view mirror, some teams are not easily getting over their losses.

In fact, one head coach in particular wants some explaining from the NFL over what happened during their last game.

After losing 34-31 against their division rival Minnesota Vikings, head coach Matt LaFleur of the Green Bay Packers is now demanding that the NFL clarify a couple of very costly penalties.

The first penalty in question was a false start against Packers center, Lucas Patrick, in a move that is widely considered to be legal.

“It was news to me that that was illegal. I need to get clarification on what we’re doing wrong, and if we are doing something wrong, then we need to coach it differently and we have to get it corrected,” LaFleur claimed.

The next call came after a huge interception by Packers safety Darnell Savage that was ultimately overturned by the officials due to the belief that he lost control of the ball.

The truth is, LaFleur has reason to be outraged.

The NFL has become nothing more than a penalty show… practically every play these days elicits a penalty or a booth review.

This interference from the refs has made the game virtually unwatchable, especially now that the league is adding new penalties every year, namely, the ridiculous taunting calls we have seen as of late.

Whether LaFleur is justified in his outrage or not, the NFL needs to just let these athletes play ball.