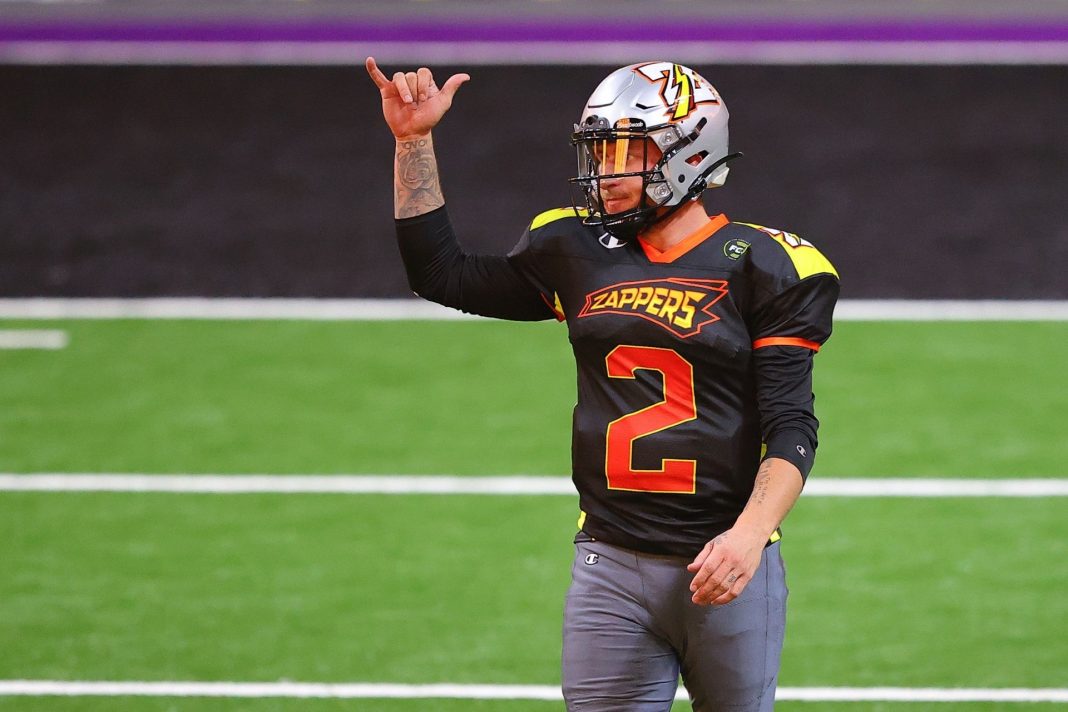 Anyone with a brain knows that college athletes, like every other college student and American, should have a right to make money from their own efforts.

Unfortunately, though, the NCAA and many politicians still for some reason want to continue robbing them of a free market.

And this Heisman Trophy winner’s story about making a “decent living” selling autographs on the black market in college proves a free market is always the right approach.

College athletes today are in many cases just as big and valuable in many places across the country as professional athletes.

Still to this day, a guy like Tim Tebow is a highly sought after celebrity almost solely because of his college years at Florida, and if you don’t believe that, just look at the fact that the Jacksonville Jaguars just signed him to play a position he’s never played almost nine years after he last played in a NFL game.

Regardless, during his time at Texas A&M, there was no bigger celebrity in the sports world than Heisman Trophy winner Johnny Manziel.

Sure, even he will admit he took the latter a bit too far and had some issues he had to work out, but overall, he was still able to be one of the greatest college football players we’ve ever seen.

Another major aspect of Manziel’s college years was the fact that he wasn’t afraid to brush off the NCAA and their absurd rules.

And in a recent interview with a Barstool Sports podcast, Manziel admitted that after he won the Heisman Trophy, he did what anyone should be allowed to do when they bring value to the table in America – he profited.

Manziel admitted that he sold autographs in 2013, the year after becoming the first freshman to win the Heisman, to the tune of about $33,000.

That same year, the NCAA investigated Manziel for selling autographs, but could never prove that he profited from it, and yet they still suspended him from the first half of Texas A&M’s season opener against Rice.

And while this story shows the utter ridiculousness of the NCAA’s rules that give them free rein to punish players when they can’t even prove wrongdoing – even if it obviously very much existed – this story is much deeper, and proves that a free market that is brought out of the shadows is desperately needed.

“We’re doing it all sneaky, we don’t want to get caught, we’re trying to learn from everybody else who’s got caught,” Manziel said. “And I may or may not have gone back to this guy’s condo and signed probably 10,000 pieces. He gave me three grand.”

Manziel also talked openly about other autograph signing sessions he took part in where people he never met would send him a key to a discrete hotel room and he would just show up to sign autographs, and then take money out of the room’s safe and leave.

Obviously, such situations could have been insanely dangerous for anyone to walk into.

No one knows what’s waiting behind that door, but because Manziel feared NCAA punishment for making money off his own name and likeness, he took the chance so that he could make money in college.

And when the NCAA, the school, networks like ESPN, and others are all making money off him playing football, why shouldn’t he?

Remember, at this time, schools like Texas A&M were making tons of money off the players through jersey sales, the NCAA Football video game franchise, and even auctioning off their autographs for “fundraisers.”

Yet, Manziel, who sports business experts have said had a market value of between $8 and $10 million in 2013, was forced to make money under the table through a black market that required him to put himself in danger to make a sum of money that was pennies on the dollar based on his actual value.

There is no doubt that the scholarship, meals, and other amenities college athletes are provided isn’t nothing and cost schools millions of dollars.

And considering most schools can barely break even by paying those sums, there’s no logical argument that can be made in favor of the schools themselves paying athletes directly.

But there is also no logical argument against players having a right to make money off their own name and likeness.

If a student at Texas A&M on a music scholarship in 2013 wrote and recorded a song that went viral and hit the Billboard Top 100, every single human with a functioning brain would say that the student, not the school, had the right to the profits.

The same would be said for when Mark Zuckerberg started Facebook in his Harvard dorm room, or when Larry Page and Sergey Brin started Google at Stanford.

They, like Manziel and every other college student, have a right to make money off of their talents, the value they bring to the table, and the work they’re willing to put in to generate the income.

Sure, the NCAA says they’re making changes that will allow players to profit from their own names and likeness, yet they continue to slow play the process, kicking the can down the road and trying however they can to still put barriers in place that will prevent a true free market.

At the same time, politicians in states like Georgia are passing laws that would allow universities to just take the overwhelming majority of the money players make off their own names and likeness just because.

No other reason has been given other than just because the schools and their influential boosters want to be able to take money from the players.

And all the NCAA and politicians are doing is ensuring the black market remains in place.

If Johnny Manziel, and many others, were allowed to operate in a free market, and thus could hire proper representation and help to ensure they’re protected, rather than just having their 20-year-old friends make all the calls, it’s entirely likely that the Johnny Manziel story isn’t the tragedy that it is.

Having adults around that actually wanted to help and had Johnny’s best interest in mind could have changed his entire life.

At the end of the day, the NCAA, politicians, and anyone else who believes the players should have the right to make their own living stripped from them, want to continue to harm these players and put them in really messed up situations.

Hopefully, for once in their existence, the NCAA will do the right thing.

But you probably shouldn’t hold your breath on that one.