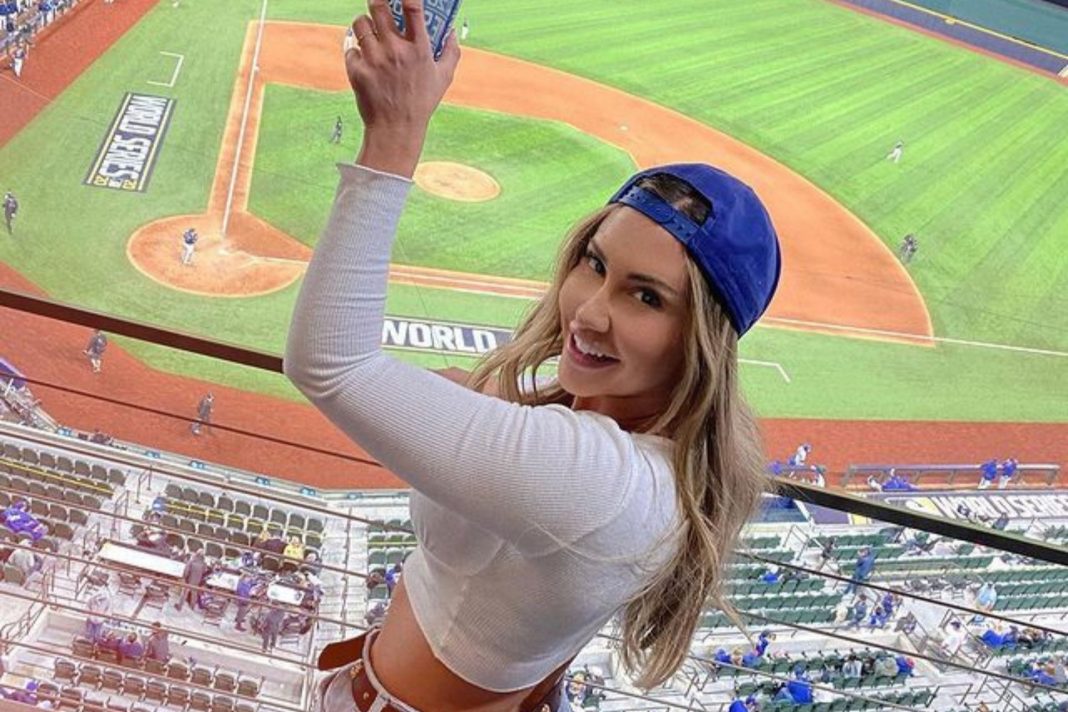 There are very few things that are better than a few cold beers and playoff baseball. But throw semi-nude models into the mix?

Well, fans at Game 2 of Dodgers vs Giants got this awesome trifecta last night.

That’s because this Instagram model let it all hang out at the Dodgers-Giants playoff game.

During the game, Instagram model Katie Williams decided to lift her shirt and show her melons for the crowd to see – but sorry gentlemen, there don’t appear to be any pictures other than the PG version below for the Internet to see.

Why did she decide to do this? Who cares . . . but something tells us she likes the attention.

As you can see, all eyes must have been on her anyway, but remove a top and I have to imagine some necks were snapping as loud as the bats on the field from turning so fast.

Williams, who claims to be a “girl next door” in her Instagram bio, has used her curves to garner some significant Internet fame . . .

As it stands she has 651,000 followers and has even been verified on Instagram.

As a virtual celebrity, making appearances at high profile events around California is what she does . . .

. . . Aside from posing in small swimsuits, or less, of course.

And the other night there was no bigger event in California than what appeared to have been Game 2 of the highly competitive Giants vs Dodgers NLDS showdown.

One can imagine Williams will gain even more followers after this stunt and the media attention she’s received.

Of course, this sort of behavior is not new to baseball – you may remember when two models, Lauren Summer and Julia Rose Paul (the new bride of boxing phenom Jake Paul) bared it all behind home plate during Game 5 of the 2019 World Series.

It’s hard to say if this is just a string of overly excited women, or some new Internet trend, or just an attempt for some desperate Instagram models to get attention . . .

Regardless of the cause, we can get onboard.

After all, it’s a more uplifting story than those of all the recent brawls breaking out at games across the country.