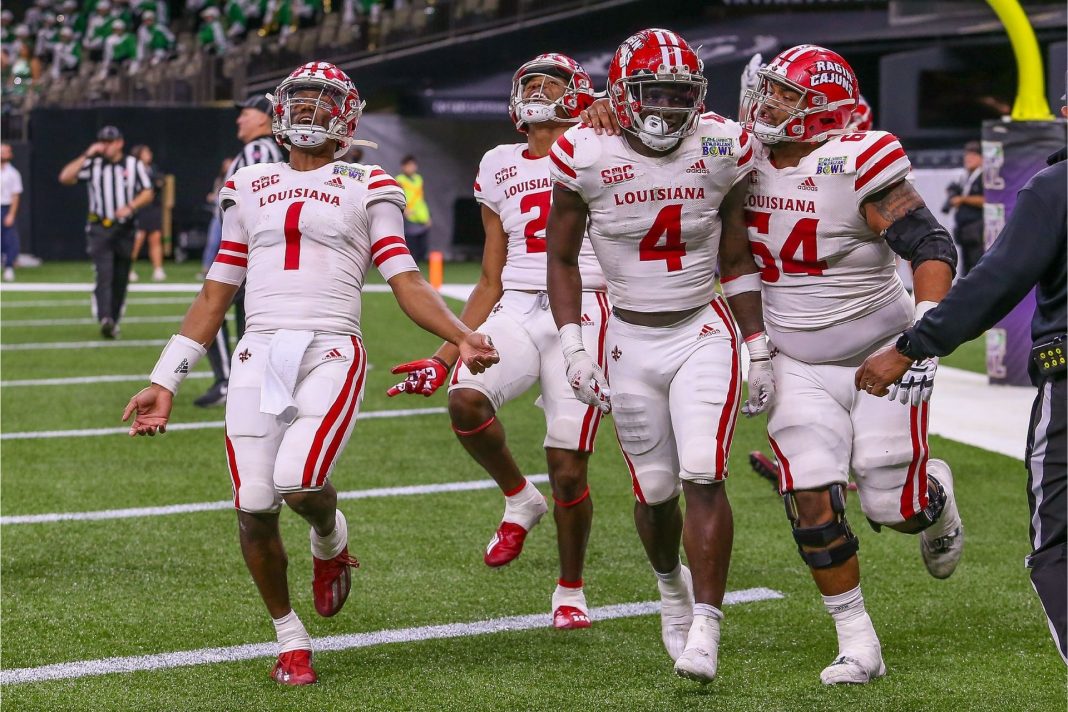 In football, sometimes emotions get the best of players.

But there is no excuse for this play that nearly halted a recent bowl game.

This is one of the dirtiest college football plays you will ever see and it almost led to a bench-clearing brawl.

Playing football is one of the best experiences some of us will ever have.

But when anger takes over it can turn into some cheap shots that leave fans and players in shock.

And oftentimes we see anger boil over and turn into complete brawls on the field.

Well, during the New Orleans Bowl we saw one of the worst cheap shots you will ever see, which just about cleared the benches.

During the bowl game, Louisiana and Marshall were in a close game at the beginning of the fourth quarter.

Louisiana had to punt the ball with just thirteen minutes left in the game down by a handful of points.

But Louisiana’s defensive player Jayrin Wilson was having none of it and completely leveled Johnson, which had the stadium and the sidelines going crazy.

You have to see it to believe it:

Wilson got ejected for that cheap shot but we all know that Johnson is still feeling that hit.