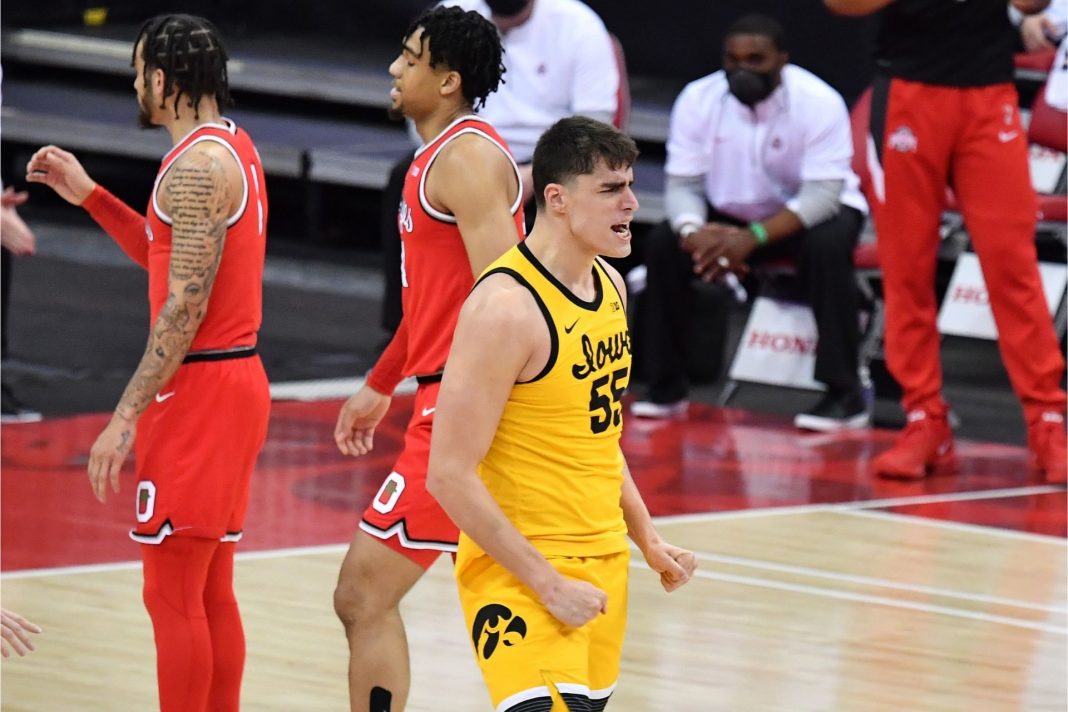 We live in a society in which people need constant praise and validation for everything they do.

And even when they are recognized for their accomplishments, if someone else receives more acclaim, they view it as a slight.

Which is exactly why this late college hoops star’s family is upset that another player’s number was retired before his.

Roy Marble was a star basketball player for the University of Iowa in the late 1980’s, who passed away from cancer in 2015 at the age of 48.

Scoring more than 2,100 points in his career with the Hawkeyes, Marble was long viewed as the best player in the history of a program that produced very few star players.

And to recognize all of his accomplishments, Iowa officially retired Garza’s number in a ceremony after the team’s win over Wisconsin on Sunday.

The family of Roy Marble didn’t take the news as well as others, though, and have proceeded to let it be known that they are upset that Garza’s number was retired before Marble’s.

Marble’s son, Devyn, posted a tweet on Monday in which he claimed he would never watch another Iowa game because of the so-called “disrespect.”

I’ll never watch another iowa game in my life with the amount of disrespect that school has shown me and my family. Love the fans but I’m in no way affiliated or connected to the university. https://t.co/8ylZg0iK4U

The family’s reaction led Iowa to issue an apology to Marble’s family.

“We have learned since Sunday that Roy Marble’s family was hurt and feeling disrespected since that day,” Iowa Athletic Director Gary Barta said. “I just want to take a moment and share that absolutely that disrespect was unintentional and to publicly apologize for that.”

That apology would make sense if it was at all warranted.

The truth of the matter is Roy Marble was a great player, but a number retirement should be reserved for only the most elite players who achieve things only the top 1% of the top 1% can achieve, which is exactly what Luka Garza has done.

While Marble scored more points than any player in Iowa basketball history not named Luka Garza, he failed to achieve any other accolades that would warrant such an honor.

Throughout his four year career, Marble was named to the All-American third team just once, and received no other awards or accolades.

Meanwhile, Luka Garza has twice been named National Player of the Year by Sporting News, is a two-time Big Ten Player of the Year, was a consensus first team All-American in 2020 — and likely will be again this year — and won both the Pete Newell Award and Kareem Abdul-Jabbar Award last season.

If any player in Iowa basketball history deserves to have their number retired, it’s Luka Garza.

So for the family of Roy Marble to feel slighted that Garza’s number was retired while Marble’s has not been is nothing but a cry for attention.

It’s unfortunate that the family still has to live through Roy’s accomplishments from over 30 years ago, but throwing a public tantrum is no way to get what you want.

Regardless, Iowa will most likely bend the knee and meet the Marble family’s demands, even if it isn’t warranted.

That’s just the world we live in now.