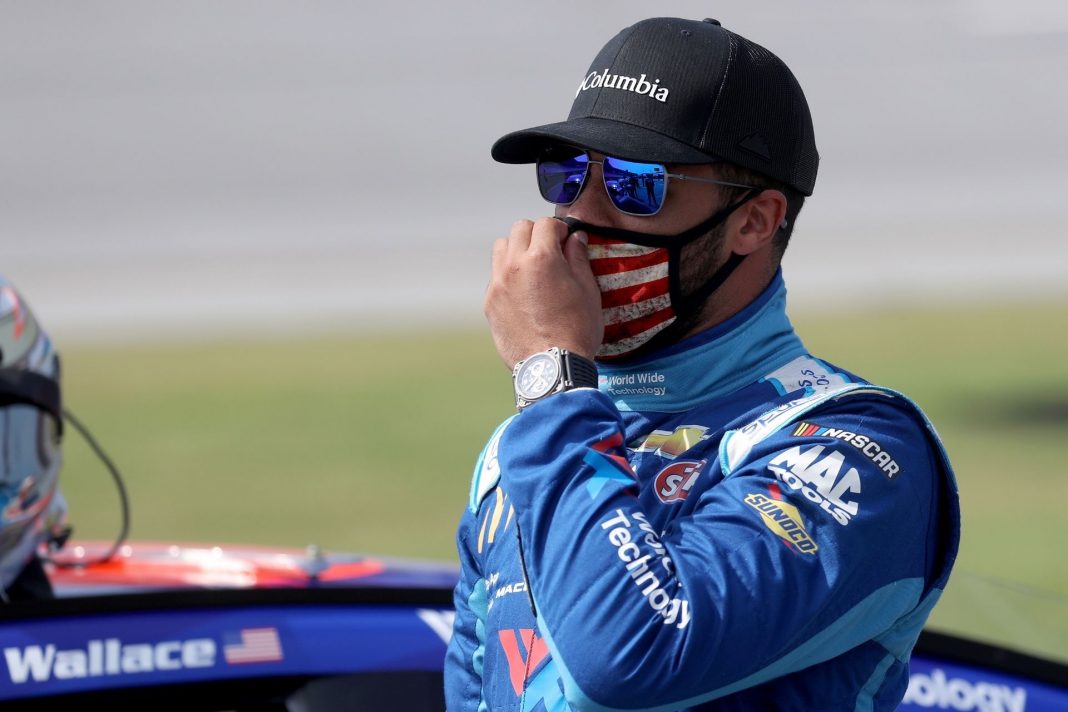 Not even NASCAR was spared, with execs doing everything they could to alienate longtime fans in pursuit of “woke” corporate cash.

And this latest move shows NASCAR is determined to out-“woke” the NBA.

When NASCAR announced that Michael Jordan had paired up with Denny Hamlin and selected Bubba Wallace as their driver, it was clear the new racing team was little more than a publicity stunt to earn praise from the sports media.

Now news is breaking that Wallace will race the No. 23 car when the team makes its debut in the 2021 season.

Picking Jordan’s old number from his NBA days is just another stunt to keep the media hyping the new team.

But when it comes down to it, Bubba Wallace is all woke show – no race go.

He has no career wins and no one outside of the racing world even knew who he was until he started trying to cash in on the George Floyd riots and attract woke corporate sponsors by wearing an “I can’t breathe” shirt before a race and later driving a blacked out “Black Lives Matter” car.

He used his 15-minutes of fame and new-found press attention to call on NASCAR to ban the rebel flag – long-flown and worn by racing fans as a symbol of southern pride.

NASCAR of course jumped at the call, since they’d wanted fans to stop flying rebel flags for years in order to attract new corporate cash.

And the publicity stunt worked for Wallace.

He attracted new woke sponsors and it led to Jordan and Hamlin choosing him to drive for their new team.

It’s earned praise from ESPN’s Stephen A. Smith who says Jordan is paving the way to “diversify” NASCAR.

But the question is, when the dust settles, who’s going to be left watching?

The NBA turned the rest of their 2020 season into a giant social justice statement and fans tuned out.

NASCAR, it seems, is determined to take the same path.