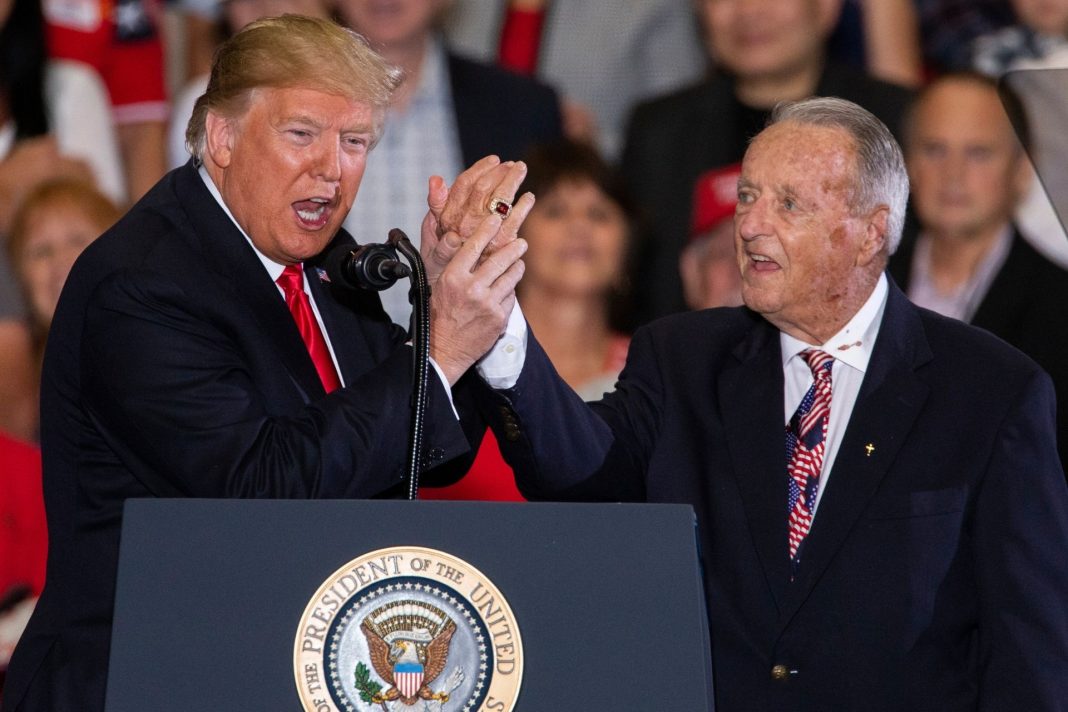 Many Americans who contract the coronavirus are either asymptomatic or have mild cold-like symptoms.

But for America’s seniors, it can be a whole different scenario.

So fans were stunned when this legendary college football coach beat the coronavirus and gave an incredible reason about what kept him motivated.

Former Florida State Seminoles head coach Bobby Bowden gave people a scare when he announced that he had contracted the coronavirus.

Bowden is 90 years old, so he’s in the at-risk demographic, but the coach recently announced in a statement that he beat the virus.

And in his statement, Bowden said that he was eager to defeat the virus so he could have the chance to vote for Donald Trump.

Bowden wrote, “I’ve had the chance to get a lot of wins in my life, but I really wanted to win this one because I wanted to be around to vote for President Trump.”

Bowden is enthusiastic to vote for Trump because he recognizes the Left has gone off the rails and Trump represents the best chance at preserving the American ethos.

As Bowden noted, “[R]e-electing him is our only chance to leave the next generation with the same heritage, beliefs and opportunities that Ann and I had and many of you had.”

People from Bowden’s generation see the threat of the Left more clearly than the alarming number of millennials and zoomers who are cozying up to socialism.

He’s witnessed both national socialism in Nazi Germany and Soviet communism, and he surely sees that same wicked ideology getting a foothold in the United States.

Americans like Bowden will endure the coronavirus and crawl over broken glass in order to vote for Trump and thwart the ascendant socialists on the Left.