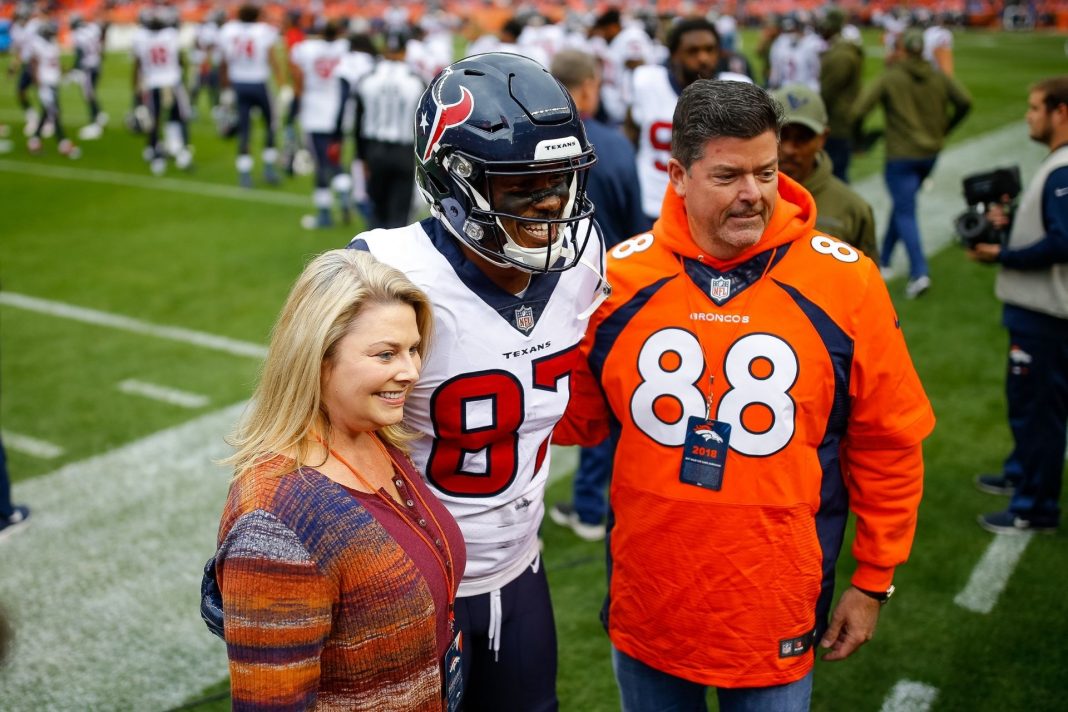 The NFL has seen its fair share of scandals and surprise retirements this offseason.

But it’s far from over.

The Denver Broncos have been pretty mediocre over the past few seasons.

Two exceptions, however, are the Super Bowl 50 victory in 2016 with Peyton Manning and the illustrious 10-year career of stud wide receiver Demaryius Thomas.

In those short 8 years, Thomas excelled even though he was never paired with a great quarterback in their prime.

While Thomas was on the team, the Broncos started Tebow for a while and then Peyton Manning as he was reaching the twilight of his career, but he made the most of what he had.

He finished his Bronco career ranked second all-time in Broncos history for receiving yards (9,055) and touchdowns (60), trailing only Rod Smith (11,389; 68 TDs). He was also selected to 5 different Pro Bowls.

After an amazing career in Denver and a couple short stops at the Houston Texans, New England Patriots, and the New York Jets from 2018-2020, Thomas has decided to retire after ten full seasons in the NFL.

At only 33 years old, Thomas probably had a few more seasons left in the tank.

Yet he is joining the ranks of a growing number of NFL players who have decided to retire earlier than past players to conserve their minds and bodies as CTE becomes better understood.

Nonetheless, congratulations to Demaryius Thomas on his retirement, he was certainly one of the most-feared wide receivers of the ‘10s.