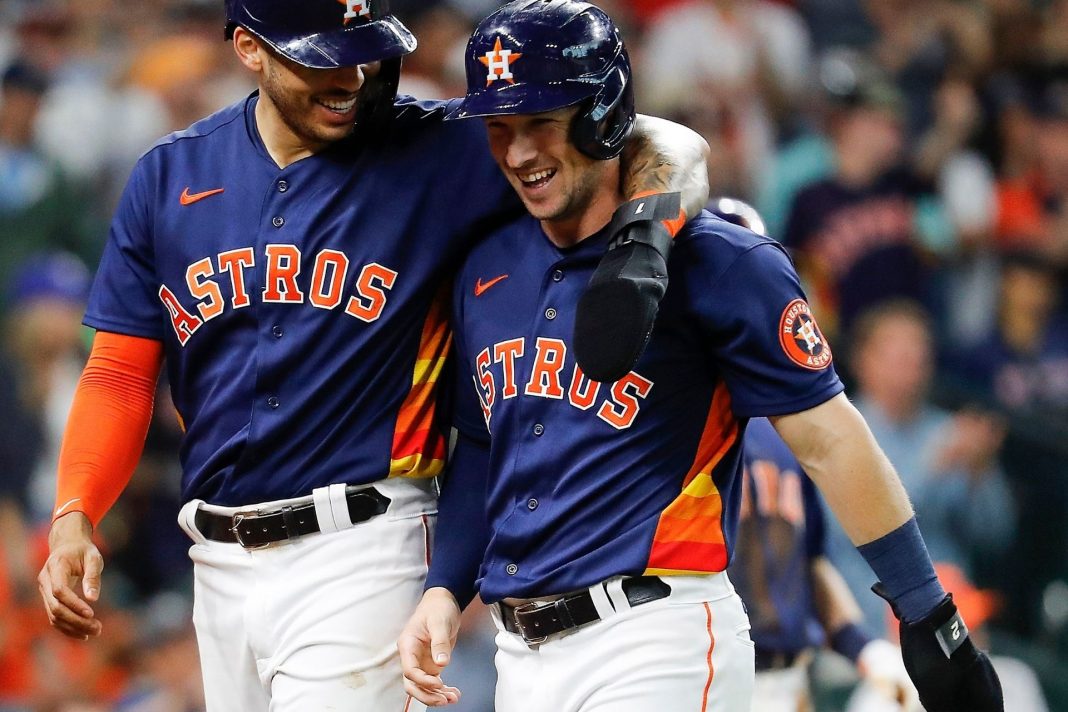 Major League Baseball is now forced to relive one of the ugliest moments in league history.

Everyone thought they had this ugliness behind them.

The Houston Astros’ 2017 World Series championship is considered tainted and fraudulent and a former player revealed that the team used cameras and other high tech equipment to steal signs during home games at Minute Maid Park.

Players would bang on trash cans in the dugout to signal what pitches were coming.

After the Chicago White Sox defeated the Astros 12-6 in Game Three of their American League Divisional Series matchup, Chicago pitcher Ryan Tepera noted in his post game press conference how the Astros hitters performed far better in their Games one and two victories at home than on the road in Chicago for Games Three.

“They’re doing something different over there at Minute Maid,” Tepera told reporters. “It shows you how many swings and misses they had tonight compared to at Minute Maid.”

In the first two games of the series in Houston, Astros hitters combined for 20 hits and 16 strikeouts in 6-1 and 9-6 wins.

But in the third game in Chicago, the Astros hitters struck out 16 times and produced just six hits.

Tepera confirmed to reporters he was referencing the sign stealing scandal noting the drastically different swing and miss rates for the Astros at home versus on the road in this series.

“Yeah. It is what it is. They’ve obviously had a reputation of doing some sketchy stuff over there. It’s just, we can say that it’s a little bit of a difference. I think you saw the swings and misses tonight compared to, you know, the first two games at Minute Maid,” Tepera stated.

Because of the 2017 and 2018 sign stealing scandal, the Houston Astros will always be guilty until proven innocent in the minds of other players and fans.

When this bombshell scandal first broke in 2020, it was the other players around the league who were the most upset because the Astros cheated them out of a chance to achieve their dream of winning a World Series.

And Tepera is clearly one of the many players who believed Houston never stopped cheating.