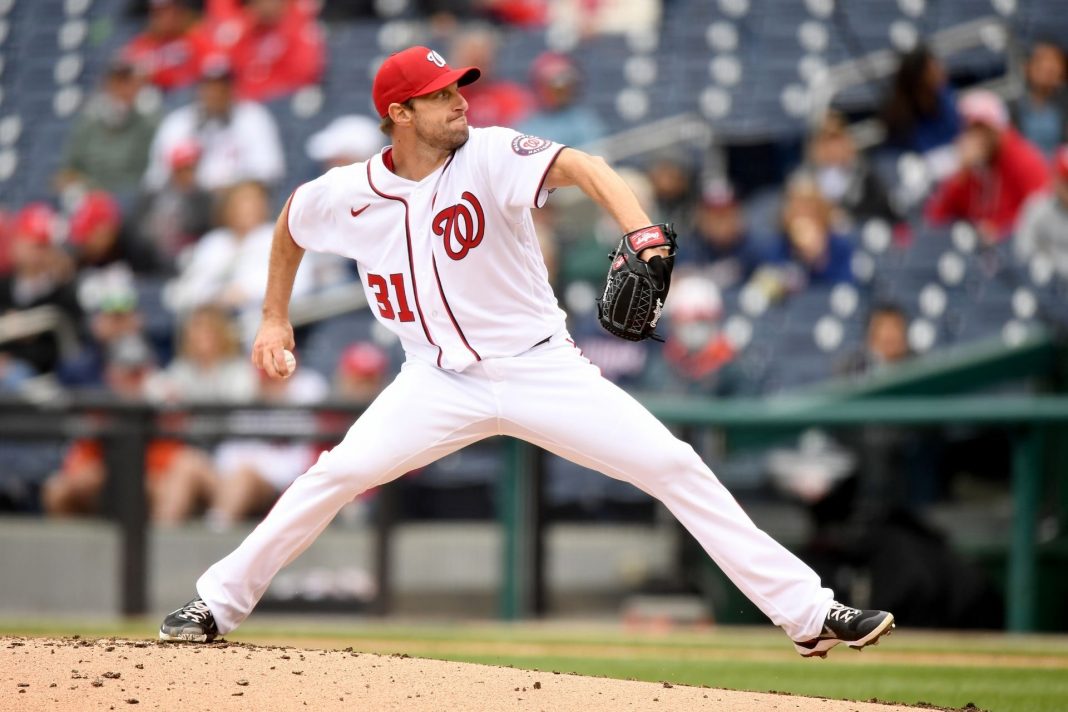 The main conversation surrounding baseball for years has been the direction of the game.

Players, managers, and fans alike have all complained about how the game has evolved, and quite frankly, most of the complaints are really dumb.

But the dumbest complaint of all may have come from this MLB pitcher who is obviously really triggered by the fact that hitters actually try to hit the pitches he throws.

From roughly 2013 through 2019, Washington Nationals pitcher Max Scherzer was one of the very best pitchers in Major League Baseball.

At 36-years-old and battling injuries over the past year, though, he’s just not the ace he once was.

And it has become very obvious that Scherzer isn’t taking the fact that Father Time remains undefeated very well.

In fact, he’s even become very triggered by hitters who actually try to hit the pitches he throws them – true story.

Apparently, Scherzer feels as though hitters are breaking one of those insanely moronic “unwritten rules” of baseball that says batters aren’t supposed to swing at the first pitch, and because he isn’t getting a free strike to give him an advantage, Scherzer is whining.

“I feel like it’s been happening more and more in my career. Guys are going up there early hacking,” Scherzer said after yet another loss last week. “It’s even to the first pitch of the game, it doesn’t matter. I know that going into almost every start now, that every hitter is going to swing – they’re up there just swinging against me. There’s no free fastballs, there’s no free strike ones.”

“Every pitch has to have intent on it, otherwise that’s how they catch me and they catch a mistake and they hit a homer,” Scherzer continued.

It is entirely possible that this is the most ridiculous take an athlete has ever had, and that’s certainly saying something.

The entire game of baseball is centered around the pitcher throwing the ball, and the batter trying to hit the ball.

Yet, Max Scherzer is throwing a little hissy fit, and whining like a 4-year-old that the batters aren’t letting him win, or at least giving him an advantage in every matchup.

This is literally the equivalent of a batter complaining that the pitcher is throwing 99 MPH fastballs and should slow the pitch down so he has a better chance of hitting it.

How ridiculous of a take this is cannot be understated.

Hopefully, Max Scherzer reads his own comments rather soon and realizes how utterly soft and absurd he sounds.

But our Sports with Balls team of experts aren’t holding our breath on that one.