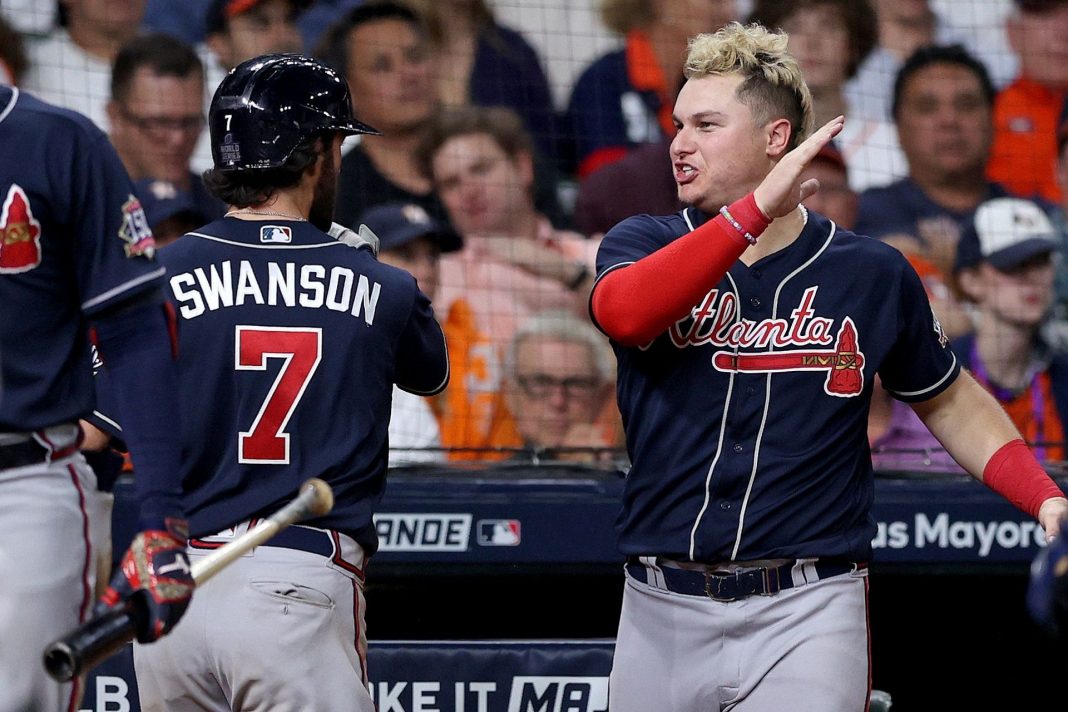 The World Series is here and the road was not easy for Atlanta and Houston.

However, the Atlanta Braves are an underdog story for the ages given how they were under .500 just a couple months ago, and seemed ready to give up after losing MVP candidate Ronald Acuna for the year.

And this MLB player’s story about rallying the Braves to get to the World Series will give you chills.

The Braves’ season turned around when they brought former Cub Joc Pederson on board, and in his editorial in the Players Tribune, Joc tells fans every detail . . . if you cheer for the Braves it is guaranteed to give you goosebumps.

In the editorial, Joc explains how he dreaded leaving his home in Chicago, but he quickly made a place for himself in Atlanta.

But the most eye-catching part of his story highlights when the Braves turned things around.

Joc was playing cards with the pitchers on the team plane and when they landed, instead of going on the positions players bus, he shuffled onto the pitchers bus.

After a little while he was asked, “what are you doing on this bus?” Joc replied, “Because y’all are the motherf*ckers who are going to win us a World Series.”

Then according to Joc, “I think we won like six games in a row after that.”

The truth is, they went on to win the division, beat the red-hot Brewers in the NLDS and slayed the beast that is the Los Angeles Dodgers in the NLCS, taking the Braves to their first World Series since 1999.

Without a doubt, Joc is very good at baseball, but what he truly brings to the Braves can’t be measured by stats on the back of his baseball card . . . and that’s leadership.

This is something Atlanta has needed for a long time and now they have winning energy on their side.

One thing is for certain, this World Series will be one for the history books.