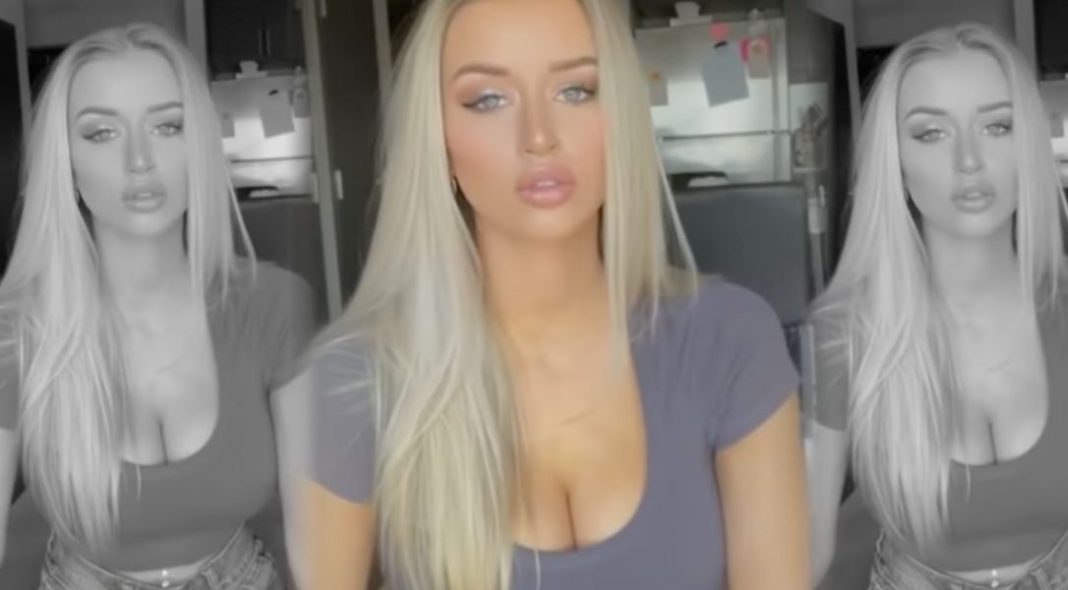 When football isn’t around, hockey is a great filler sport to watch to occupy your time.

And if you needed another reason to watch hockey, here’s one for you.

In fact, this model and ex-goalie will instantly make a hockey fan out of any guy.

It happens every single year.

We are in the heart of winter and the Super Bowl game is playing.

The nation is completely focused on the final game of the season.

In case you needed to be reminded, Super Bowl LVI did not disappoint.

Only 237 days away until Super Bowl LVII. 🙂 pic.twitter.com/Zp1vGsw1wX

Then on the Monday after the big game, the nation realizes they have absolutely nothing to look forward to for another six months.

Some folks just go straight into a deep depression.

But others just move on to hockey.

And there is a lot to like about the sport.

Hockey is as fast-paced of a sport as they come.

A look back at this breakaway backhand goal from Peyton Krebs. 👀 pic.twitter.com/r7KsYhEgJY

They have more fights on the ice during a hockey game than they have in the stands during an NFL game.

Got to love the #NHL fights!

Did the #NHLBruins or #GoBolts win the right?pic.twitter.com/efaPpns0jF

But if that isn’t enough, hockey is the main reason why mullets are still a thing in 2022.

Cody Eakin's mullet is back and better than ever. 🙌 #NHLFaceOff

Well now to make sure all guys, besides the monkeypox kind, are hockey fans, this model and former hockey goalie is making sure you have something to enjoy during the games.

i think we can unanimously agree… you should be able to like this video more than once pic.twitter.com/VHkMpMtRk7

Needless to say, she is doing rather well with her modeling career with hundreds of thousands of followers on Twitter.

what a view!!! (i’m not talking about the palm tree) pic.twitter.com/DuVj8ttF1Q

And in preparation for the upcoming NHL season, she posted some pictures and videos of herself in some old hockey gear.

Big shoutout to Mikayla for giving us all another reason to be hockey fans.

Pittsburgh Penguins’ Kris Letang got some devastating news. But all is not lost

NHL fans turned on each other in a massive playoff brawl