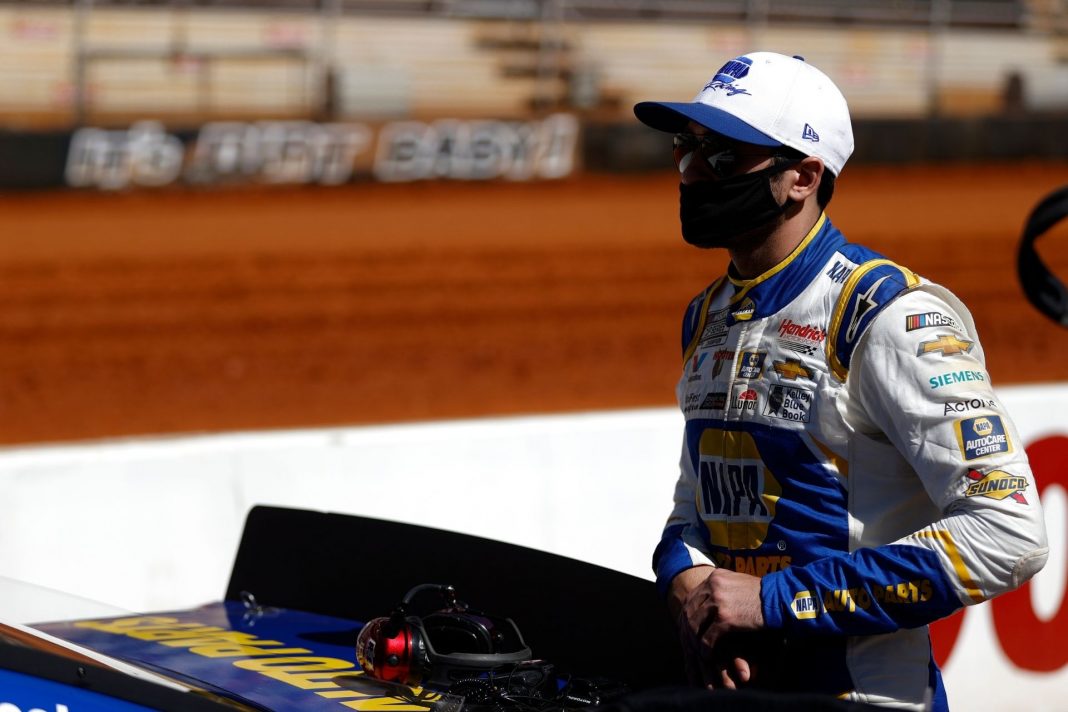 In motorsports, there’s simply so much that’s out of the control of the drivers and their teams that even when you’re at your best, things can easily go awry.

Even the best drivers in the world can often find themselves in a stretch where things just don’t go their way.

But this NASCAR champion is not at all concerned with his supposed “slow start” this season and he has every reason not to be.

It was in the Cup Series Playoffs, though, where he was particularly dominant, finishing outside the top-seven just three times in ten races, and winning three of the last five races, including back-to-back wins in the final two races of the season to earn the title.

So as Elliott and his Hendrick Motorsports team have started the 2021 season with just three top-fives, four top-tens, and one DNF (Did Not Finish), the NASCAR media have begun to assert that Elliott is having a “slow start” to the season, while speculating that there may be cause for concern.

As far as Chase Elliott is concerned, though, there’s nothing to worry about.

“We’ve had pace at certain times this year that I feel like was good enough to contend for a win,” Elliott said. “We’ve also had races where we were really bad and didn’t have pace. But that’s racing and that’s part of it, right? Those tough days and slow races push you to want to be better.”

“. . . We all want to win, but I feel no different today than I did at the end of last year and the results were just fine then,” Elliott continued. “So, I know we can achieve it. I know we can go out there and accomplish our goals. And we believe that as a team. Outside of that, it really just doesn’t matter.”

And Chase Elliott is absolutely right to not be worried at all about his supposed “slow start” this season and to say this entire media narrative really doesn’t matter.

In fact, the entire idea that Elliott is struggling, or there are issues preventing him from being as strong as he was last year, are really just the product of the NASCAR media wildly speculating in order to have something to talk about.

The start to the 2020 season also included a more than two month pause after the fourth race of the season due to COVID, which then forced NASCAR to run their first four races back from the break at just two tracks, Darlington and Charlotte.

In those four races at Darlington and Charlotte, Elliott racked up three or his top-fives and a win, and would’ve had at worst another top-five – if not another win – if Kyle Busch hadn’t wrecked him when Elliott was running second with just eight laps to go in the second Darlington race.

The only reason to compare the two is to fabricate a narrative, which is exactly what the NASCAR media is trying to do with Chase Elliott.

In addition to that, Elliott’s incredible success at such a young age has also clouded the media’s ability to accurately assess how he is actually performing relative to his ability and experience level.

Becoming a Cup Series champion at 24-years-old, and already being one of the most elite drivers in the world, seems to cause the media to completely ignore the fact that Elliott is still far from his “prime years,” which are statistically between the ages of 38 and 40 for NASCAR drivers.

Chase Elliott still has well over a decade before he’s considered to be in the prime of his career, so of course he’s going to continue to have learning experiences to get through, and times when he might not be one of the best drivers on the track in every single one of the Cup Series’ 36 races each year.

The idea that he’s already expected to be one of only a select few drivers capable of being the best on the track every single week proves just how talented he is, but does not dismiss the fact that he still does have a long way to go.

When you consider the fact that he’s not even close to his prime yet, and look at his performance in the proper context, the level he will be at in a decade’s time could very easily be a level NASCAR has never seen before.

So ultimately, the NASCAR media – like every other sector of the media always does – has simply created a narrative they know will drive clicks and views, and give them someone they can pick apart for no legitimate reason.

Chase Elliott is one of the very best talents NASCAR has seen in decades, and he’s going to win a lot of races – and championships – this year and for years to come.

And anyone in the media who suggests otherwise simply does not know what they’re talking about.