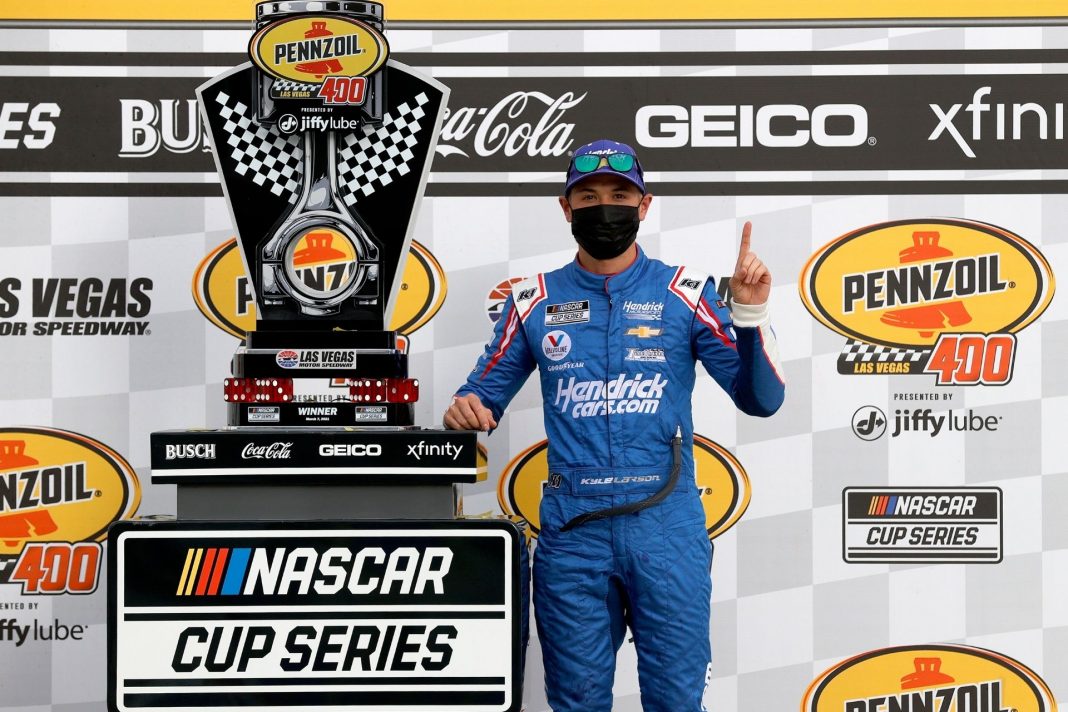 Sports is riddled with storied organizations that can be counted on to be amongst the best in their respective sport year in and year out.

The Patriots, Yankees, Lakers, Steelers, Red Sox, Spurs — the list goes on and on.

And now, this NASCAR team has cemented their status as one of the all-time greatest teams in all of sports history.

On May 29, 1960 the patriarch of one of NASCAR’s first families, Lee Petty, took home the 52nd win of his storied career at Occoneechee Speedway, a 9/10-mile dirt track that was originally used for horse racing in Hillsborough, North Carolina.

That win gave his team, Petty Enterprises, their 54th overall win, and the record for most wins by a single team in NASCAR history.

Petty Enterprises would go on to win 214 more races between then and their final win as a team in 1999, mainly thanks to Richard Petty’s record 200 career wins.

And for the overwhelming majority of the past 61 years, Petty Enterprises’ 268 wins have towered over the sport, and seemed to many to be a record that might not ever be broken considering the parity in today’s Cup Series, and the fact that the series runs fewer races now than they did in much of the Petty’s heyday.

But on Sunday night, Kyle Larson drove his no. 5 Chevrolet to a dominating Crown Jewel win in the historic Coca-Cola 600 at Charlotte Motor Speedway to help Hendrick Motorsports leapfrog Petty Enterprises with their record-breaking 269th all-time win.

RETWEET TO CONGRATULATE @KyleLarsonRacin ON HIS WIN AT CHARLOTTE!

Immediately following the race, as always, team owner Rick Hendrick — who went from being the youngest Chevrolet dealer in America to worth roughly a billion dollars and the owner of NASCAR’s winningest team — humbly gave all the credit to the more the 600 current Hendrick Motorsports employees, and the thousands who came before them.

“I look at how lucky I’ve been to surround myself with such great people – drivers and crew chiefs – and how it just happened,” Hendrick said. “It’s all about the people in any business you’re in. In the automobile business and racing business, and we’ve been able to assemble some great people and create a really unbelievable foundation. To say you’ve won 269 races – never in my life would I believe that could be done.”

"I want to thank every driver that won a race, and the ones that didn't win."

It hasn’t always been easy for Hendrick Motorsports, though.

In fact, the team nearly ceased operations during their first season in 1984 because of the financial strains associated with running a high-level Cup Series team, even back in the 1980’s.

But the team’s first win at Martinsville in their first season propelled them to continue going, and — rather ironically — that first win also came courtesy of their no. 5 car, then driven by Geoff Bodine.

“It was kind of neat to — I want any one of them to win, but the first one was 5 and this one was the number 5,” Hendrick said. “I just remember how close it was not to finish out the first year.”

But as he has done with virtually every endeavor he’s undertaken in his life, Rick Hendrick ultimately succeeded in NASCAR, and has built his team into the greatest team the sport has ever seen.

And with a record 13 team championships, a record 269 wins, a record number of different drivers who have won championships for the team, and a record five consecutive championships with Hall of Fame driver Jimmie Johnson between 2006 and 2010, there’s no longer any doubt that Hendrick Motorsports is not only the absolute greatest team in NASCAR history, but one of the greatest teams in all of sports history.

For decades now, Hendrick Motorsports has proven virtually every single season that they are the team everyone else in NASCAR is chasing.

The overall success, longevity, and sheer dominance Hendrick Motorsports has achieved is unrivaled, regardless of the sport, as only a select few teams in other sports are even remotely worthy of being mentioned in the same breath as them.

The best part of all for Hendrick Motorsports fans, though, is the team isn’t slowing down anytime soon.

With the youngest driver lineup in the Cup Series today, including defending champion Chase Elliott, not to mention tons of youthful talent on top of the pit box and in key engineering positions, the next 20 years possibly look even more promising for Hendrick Motorsports than their legendary past.

And this season has undoubtedly proven just that, as all four of their drivers have already locked themselves into the playoffs by securing wins in six of the series’ first 15 races, which also happens to be the most wins for any team in 2021.

Not to mention Elliott, Kyle Larson, and Willliam Byron are all in the top-four in the current Cup Series standings, with four wins, 21 top-fives, and 31 top-tens between them.

Oh, and just over two weeks ago, Hendrick Motorsports became just the third team in NASCAR history to produce a 1-2-3-4 finish when they did so in dominating fashion at Dover International Speedway.

Put simply, for over 25 years, every other Cup Series team has been trying to play catch-up, desperately attempting to get at or even near the level of Hendrick Motorsports.

And yet, all those other teams still have a long, long way to go.