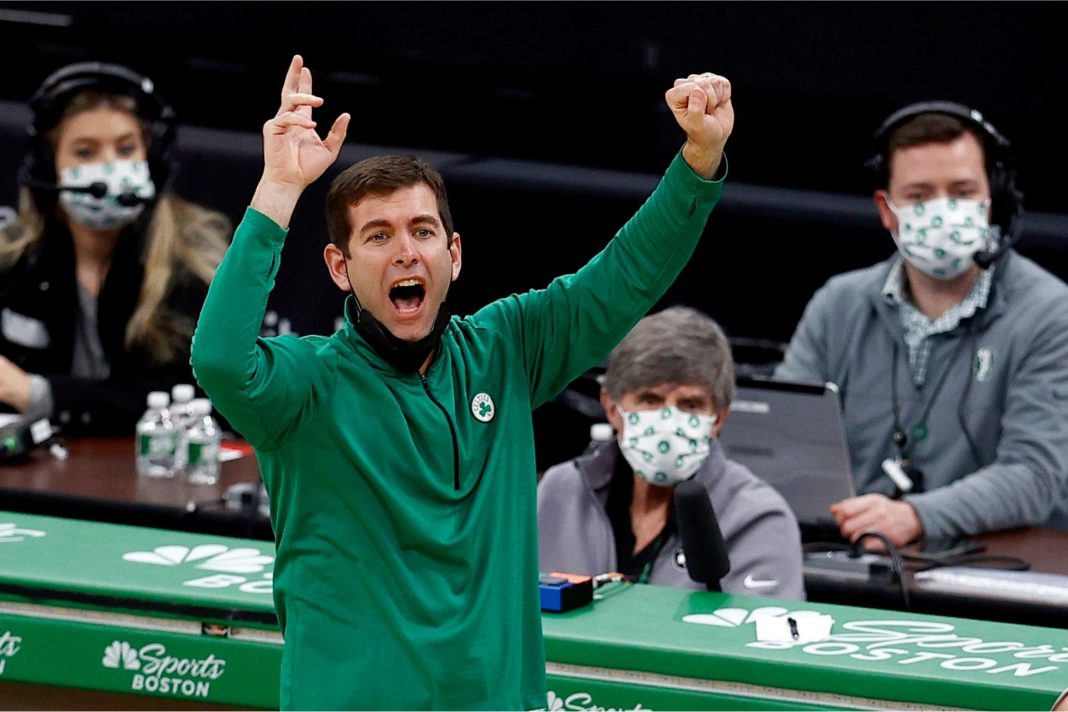 When some of college football and basketball’s most historic programs are looking for a new head coach, rumors tend to go off the rails.

Millionaire boosters and overzealous athletic directors swing for the fences, hoping they can lure their top choice with a Brinks truck full of cash.

But this NBA coach shocked everyone after major rumors about his future surfaced.

More often than not, when a top college coach leaves for the professional ranks, it doesn’t exactly work out.

However, in the case of former Butler University head coach turned Boston Celtics head coach Brad Stevens, he has been anything but a failure in the NBA so far.

He’s taken the Celtics to the Eastern Conference Finals three times in the past four seasons, and won more than 48 games in five straight seasons.

But, as is often the case in the NBA, one bad season can change everything, and with the Celtics currently a lowly 20-21 half way through the season, some have questioned his future in Boston.

To make the speculation more intense, Indiana University recently fired their head coach and immediately set their sights on Stevens, who is from Indiana and previously led the virtually unknown Butler program to two NCAA championship game appearances.

Many brushed the rumors off as nothing more than Indiana’s far fetched dream scenario.

But rumors hit social media late last week that caused many to question whether Stevens going to the Hoosiers was actually possible.

I continue to hear good things about the possibility of Stevens to #iubb. https://t.co/QWzWXzx7Q8

Brad Stevens asked to resign twice so him taking a college job aint that crazy, but cook.

now i’ve never claimed to have sources, and i’m not in the business of breaking news but i do trust who just told me this and they said “brad stevens just called a private team meeting.” what about remains to be seen, but…

With the Celtics set to play just hours after the rumors started flying, many questioned if Stevens would even coach his team ever again.

But prior to the game, Brad Stevens spoke to the media, and his response to questions about whether he would take the Indiana job shocked everyone.

Brad Stevens on staying in Boston instead of heading home to Indiana: “I’m not a kid anymore. I’m a 44 year old Masshole. I swerve around others when I’m driving, I eat Dunkin Donuts and I root for the Patriots.”

Brad Stevens has told the team and Celtics management that he’s staying.

"I have a great deal of love for Indiana so I want to make sure everyone knows that but you can still so that and love where you are and do your job and be thankful for all this place has done for us."

We may never know if Stevens actually ever seriously considered going back home to Indiana to become the Hoosiers’ head coach.

Stevens is currently the head coach of one of the NBA’s most successful franchises, and has proven that he has the potential to be a great coach in the league.

But let’s be real, the real motivation behind Stevens turning down Indiana was the fact that the fan base and boosters still believe it’s the 1980’s, when it’s been proven time and time again that the days of Indiana being one of the top programs in the country are over.

No one, especially someone with as great of a reputation as Brad Stevens’, wants to go to Indiana and be run out of town like all the others because of the school’s unrealistic expectations.

But best of luck to whatever poor soul the Hoosiers do convince to come to Bloomington for a salary that features many commas and zeros.