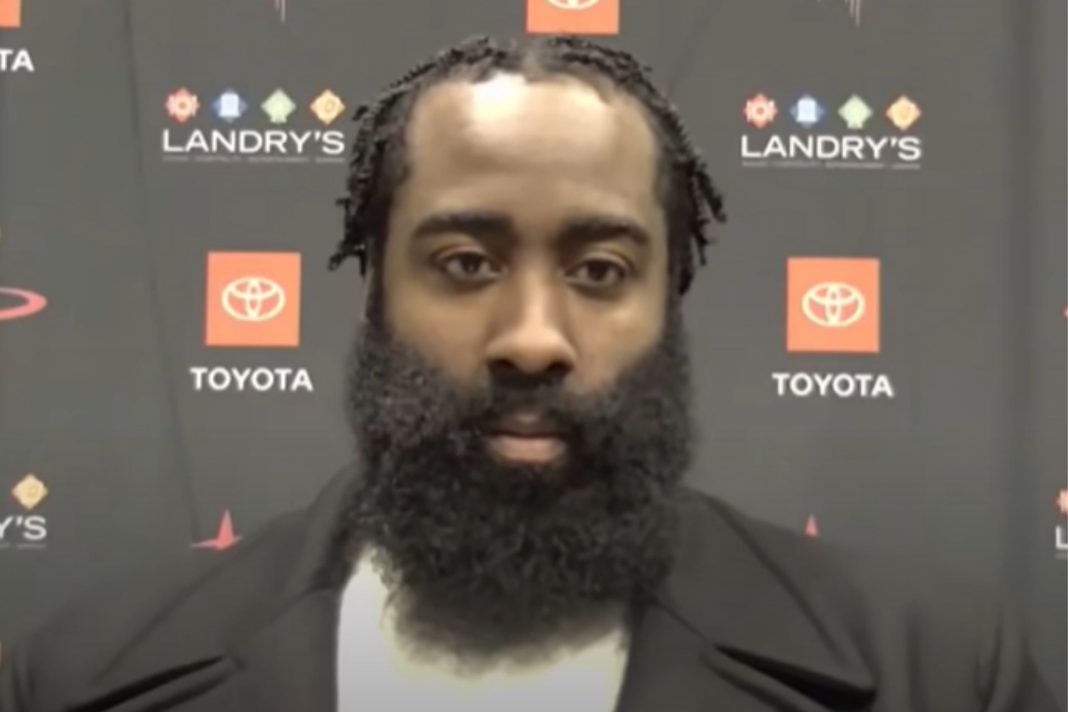 Throughout the years, we’ve seen several professional athletes with over-inflated egos destroy their teams and leave franchises in shambles for years.

Generally, these divas hold out for bigger contracts, demand trades, and become an issue in the locker room.

But it’s possible that none have become as big of a menace to their entire team as this NBA star has been over the past couple of months, and it may take years for his team to recover from his destruction.

Over the past five seasons, he’s averaged close to 32 points, 8.5 assists and 6.5 rebounds per game, led the NBA in scoring three times, and won the league’s MVP award in 2018.

And throughout that time, the Rockets have been a serious threat in the playoffs every season while Harden is paid, on average, about $30 MILLION per season.

Yet, James Harden is still unhappy and is currently demanding a trade.

At the start of December, when NBA players around the league were due to report for the start of the season, Harden chose not to arrive on time with the rest of his team in order to put pressure on the team to trade him.

Instead, Harden was on vacation in Las Vegas, reportedly attending the birthday party for a rapper and frequenting strip clubs, despite the NBA’s COVID restrictions, which forbid players from attending events with more than 15 people in attendance.

Harden essentially told the Rockets that he would arrive when he was ready, and showed up a few days after their preparations for the new season began.

But, thanks to Harden’s refusal to abide by the COVID rules, the league slapped him with a $50,000 fine and forced him to sit out the team’s first game of the season against his former team, the Oklahoma City Thunder.

On top of that, thanks to Harden’s actions, the league postponed their game entirely because Harden was then around several teammates after his Las Vegas trip, which also forced them to sit out the game.

As if all of those issues Harden caused were not enough, because the Rockets have still yet to trade him – because let’s face it, as this point who would want him – Harden is now reportedly throwing balls at teammates during practice hoping to start fights to force the team to trade him.

According to a report from The Athletic’s Shams Charania, Harden has had “multiple verbal confrontations with teammates in practice on Sunday and Monday,” including throwing a ball at teammate Jae’Sean Tate after a heated exchange.

The report indicated that the typically “laid back” Harden is now showing an “uncharacteristic level of frustration.”

We’ve seen divas in professional sports before, but the toddler-like tantrum James Harden is currently throwing is on a whole other level.

While the Rockets should have a spine and not give into his demands, thanks to the NBA’s current structure where players have all the power, the team is really in a no-win situation here.

Harden still has two years left on his current contract where he’s supposed to be paid roughly $40 MILLION per year, so even if they bench him he’s still going to get paid handsomely.

And the collective bargaining agreement the league entered into with the players’ union caps the amount the team and league can fine a player.

Nevertheless, something has to be done about this kind of behavior.

James Harden – or any player for that matter – should not be allowed to be this type of menace to a franchise simply because he’s decided he no longer wants to be there.

It’s beyond time for professional sports leagues and franchises to put their foot down and put a stop to this nonsense once and for all.