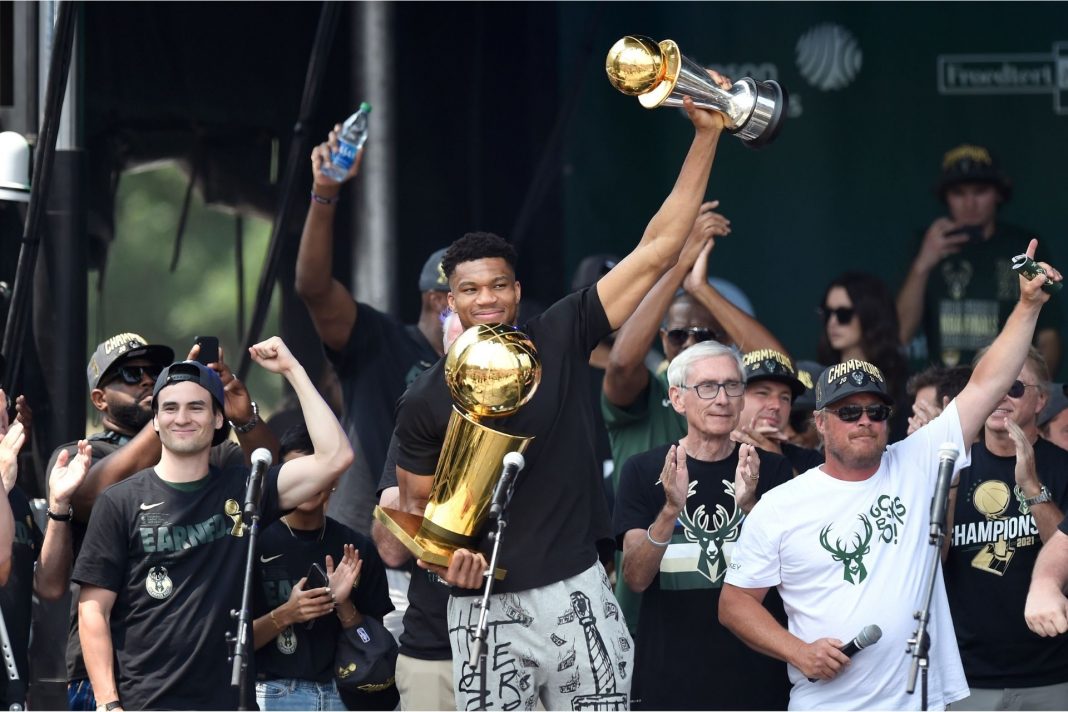 Since the Boston Celtics formed a “big three” with Paul Pierce, Ray Allen, and Kevin Garnett, superteams have been all the rage.

With the media insisting that an individual player’s career can only be measured by how many championships their teams won, stars are desperate to join the best team possible.

But this NBA superstar is taking a different route, and he took a major shot at LeBron James, Kevin Durant, and others on superteams.

Earlier this week, the Milwaukee Bucks proved virtually every ESPN employee wrong when they defeated the Phoenix Suns to become the 2021 NBA Champions.

For years now, most ESPN talking heads and others in the media claimed that the Bucks being in a small market like Milwaukee would prevent them from acquiring the talent to compete with the superteams of today’s NBA.

In fact, they even claimed that Bucks superstar Giannis Antetokounmpo was wasting his career in Milwaukee and would ultimately choose to head for Los Angeles, New York, or another other market in order to join a superteam to win championships.

But as he’s proven throughout his career, Giannis isn’t a typical NBA superstar.

He’s basically the anti-LeBron James, and seems to always do the opposite of what other stars in his position would do at all times.

So, needless to say, because Giannis chose to take a rather old school route of sticking with the team who drafted him and doing everything he can to bring that team a championship, the fact that he was able to accomplish that was a rather satisfying personal accomplishment for the “Greek Freak.”

And immediately after he hoisted the NBA Finals MVP award and celebrated a championship with his teammates, Giannis took a bit of a victory lap, letting everyone know that LeBron, Kevin Durant, Steph Curry, James Harden, and all the other players who’ve joined superteams to chase championships are just taking the “easy way” out.

The only thing that would’ve made Giannis’ comments better were if he called out LeBron and others by name.

You know that he’s certainly done that when he’s not filtering himself and doesn’t have dozens of cameras on him broadcasting his every word to millions of people.

Giannis isn’t the typical cocky, arrogant, and holier than thou superstar, but he’s a competitor and to him, being able to prove all the doubters wrong and do something, like bringing an NBA title to Milwaukee, few superstars are even capable of doing is what matters most to him.

He has that extra little bit of competitive fire inside him that doesn’t just fuel him to win championships for the sake of winning championships.

Giannis Antetokounmpo wants to win championships because he grinded, out worked his competition, and truly earned it.

And that is exactly why he’s now becoming the new face of the NBA.

Watch your back, LeBron. Giannis is here to stay.