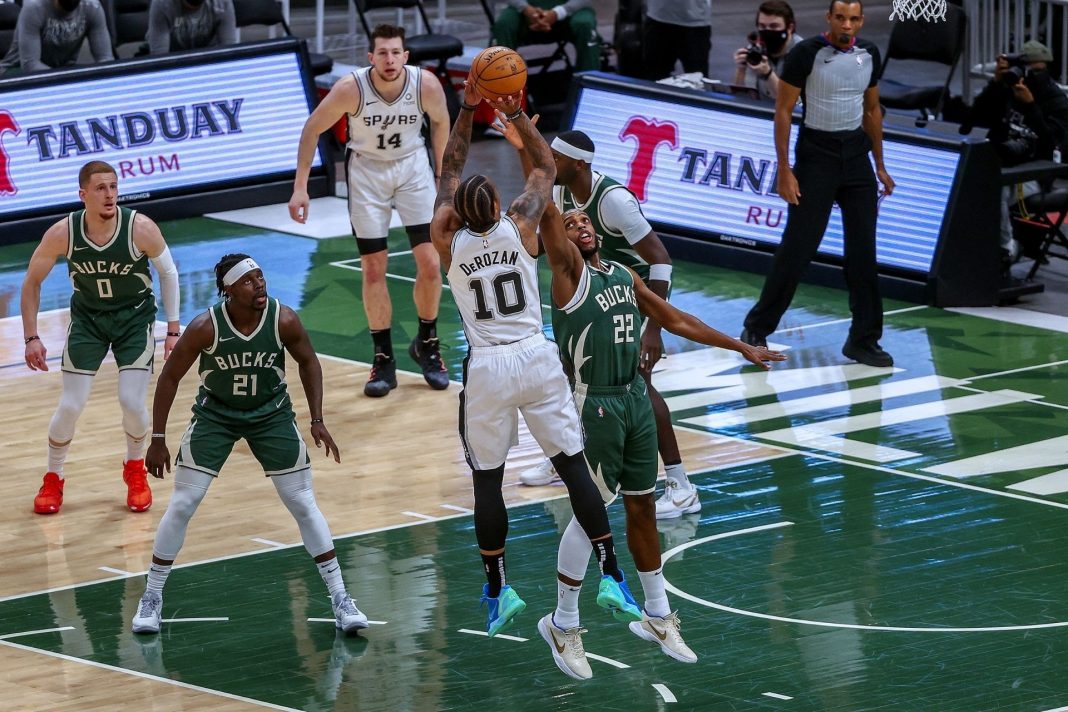 The NBA has certainly served as the sports world’s epicenter for “woke” culture over the past few years.

More than any other professional athletes in the world, NBA players have taken every opportunity to shoehorn their far-left political ideology into every aspect of the game.

So no one should be surprised that this NBA team has taken “woke” to a whole new level with their latest virtue signaling stunt.

On Sunday night, prior to their game against the Charlotte Hornets, several San Antonio Spurs players decided to use their pre-game attire to make a statement.

Unfortunately, no one actually knows what statement they were trying to make, but the media’s chosen angle is that the players were showing support for the women competing in the NCAA Tournament after all of the ways the NCAA has supposedly “failed women” this year.

Spurs players like DeMar DeRozan, Rudy Gay, and Patty Mills all wore jerseys of some of the best female college basketball players of all-time as they showed up at the arena for Sunday night’s game.

Spurs point guard Dejounte Murray took his virtue signaling to an even higher level by choosing to wear the jersey of Becky Hammon, who is now an assistant coach for the Spurs.

March Madness is in San Antonio so you know our guys had to rep 🔥 pic.twitter.com/napskp5OgD

Mainly, the media believes the NBA players chose to wear the jerseys of former female players who played in the NCAA tournament because the NCAA gave this year’s female players a lesser weight room than the one given to the male players.

Admittedly, the weight room disparity was a colossal screw up on the NCAA’s part as it was an easily avoidable controversy that any human who has been paying attention over the past few years should have seen coming from a mile away.

On top of the weight room, the media and female players participating in the NCAA tournament have claimed the NCAA has also “failed” the women and proven to be “sexist” by providing them different meal options, giving them different free “swag bags,” not providing a “childcare stipend” for female coaches, and by using different types of COVID tests for the different genders.

All of that, according to the media, is why these four Spurs players who are now being worshiped as heroes of the women’s empowerment movement, chose to wear these jerseys.

But it’s rather obvious that this is yet another play by players to virtue signal about how “woke” they truly are.

What the Spurs players and media fail to point out is that the “disparity” and “inequality” between the male and female players at the NCAA tournament has less to do with gender and more to do with the fact that the men’s tournament alone produces over 70% of the NCAA’s yearly revenue.

The women’s tournament, on the other hand, produces – well – less.

Quite frankly, if it weren’t for the men’s basketball and football programs at most every university, there would be no budget for any female sports as the majority of female sports programs run a budget deficit every year.

But in today’s “woke” culture, those facts don’t matter.

The Spurs’ players putting on those jerseys didn’t solve any of the supposed “issues” the media and far-left have raised during the NCAA tournament, but it did raise their profile amongst social justice warriors.

These players weren’t out to bring attention to those supposed “issues,” they were out for their own gain.

They know that in today’s world, your standing in the “woke” culture is what matters most – not whether or not your actions were sincere, or if they were justified by facts.

Virtue signaling in the sports world is the ultimate self-marketing strategy.

And these Spurs players just put all other virtue signalers to shame.