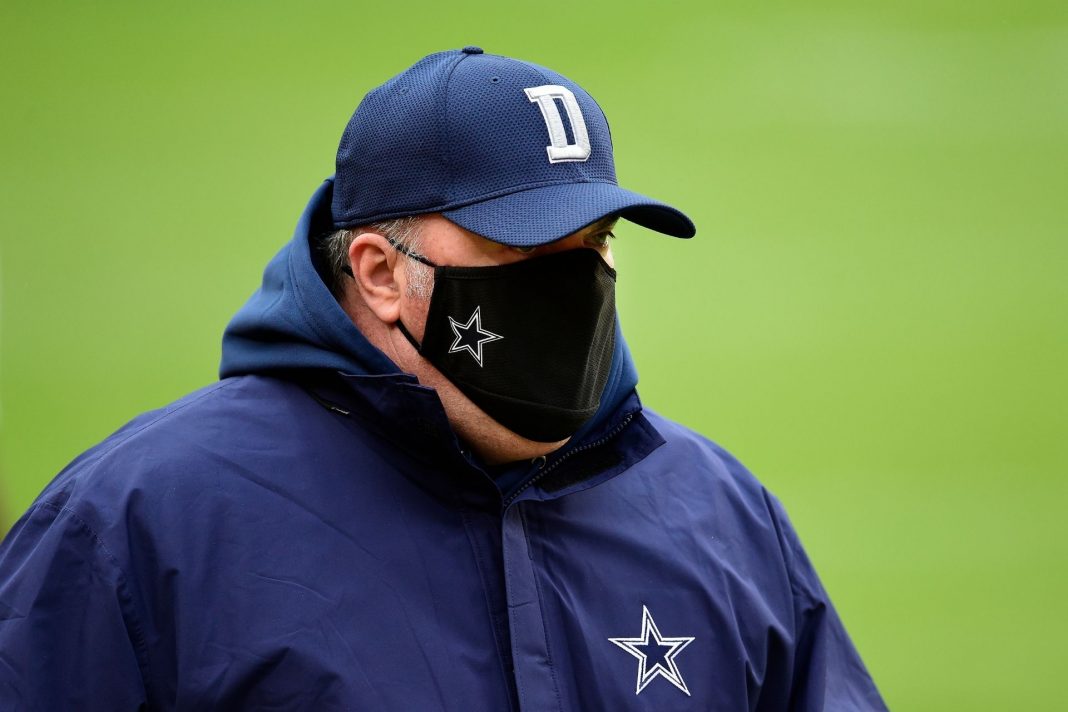 And now all hell is breaking loose.

And this NFL coach is in hot water over what he did in the locker room.

Before the 2-7 Dallas Cowboys traveled to play the Minnesota Vikings, first year coach Mike McCarthy engaged in a little bit of psychological motivation.

Inspired by the 1980s comedian Gallagher, McCarthy set up a series of watermelons and smashed them with a sledgehammer.

McCarthy wanted to remind his players that they needed to “hammer” the ball out of the hands of Vikings star running back Dalvin Cook.

Other players joined in and McCarthy said the stunt was well received and the Cowboys scored an upset 31 to 28 victory.

“It was just all part of the messaging,” McCarthy said according to ESPN. “We had a number of points of emphasis that we were trying to hit, so a number of guys got to participate, and once again, I’d say it was a lot of fun. It was well-received.”

But because this is 2020 someone had to complain.

And that someone was former three time Super Bowl champion Shannon Sharpe on the Fox Sports One “debate” show The Undisputed.

Sharpe dialed into the “everything is racist” message and claimed that McCarthy smashing watermelons in front of black men was somehow racist.

“You’re white America. Any time you have black people in your presence, watermelon has a negative connotation,” Sharpe ranted

“Let it go,” Sharpe added. “Things that were acceptable many, many years ago, even though it wasn’t acceptable, it was tolerated, is unacceptable and will not be tolerated. Find another tool, another mechanism to motivate your players.”

Sharpe also blamed the black players on the Cowboys for not speaking out.

“Black players: if you need somebody, a white man smashing watermelons to get you motivated, you’re in the wrong line of business. It’s not funny. It’s not cute,” Sharpe fumed.

Co-host Skip Bayless, who is a professional troll, quickly agreed.

Bayless and co-host Stephen A. Smith pioneered the “embrace debate” format on ESPN.

Bayless took this lowbrow, manufactured controversy where none exists formula to Fox Sports One.

The constant need to complain and debate is how you wind up with a couple of loudmouth hosts complaining that a coach smashing watermelons is somehow racist.