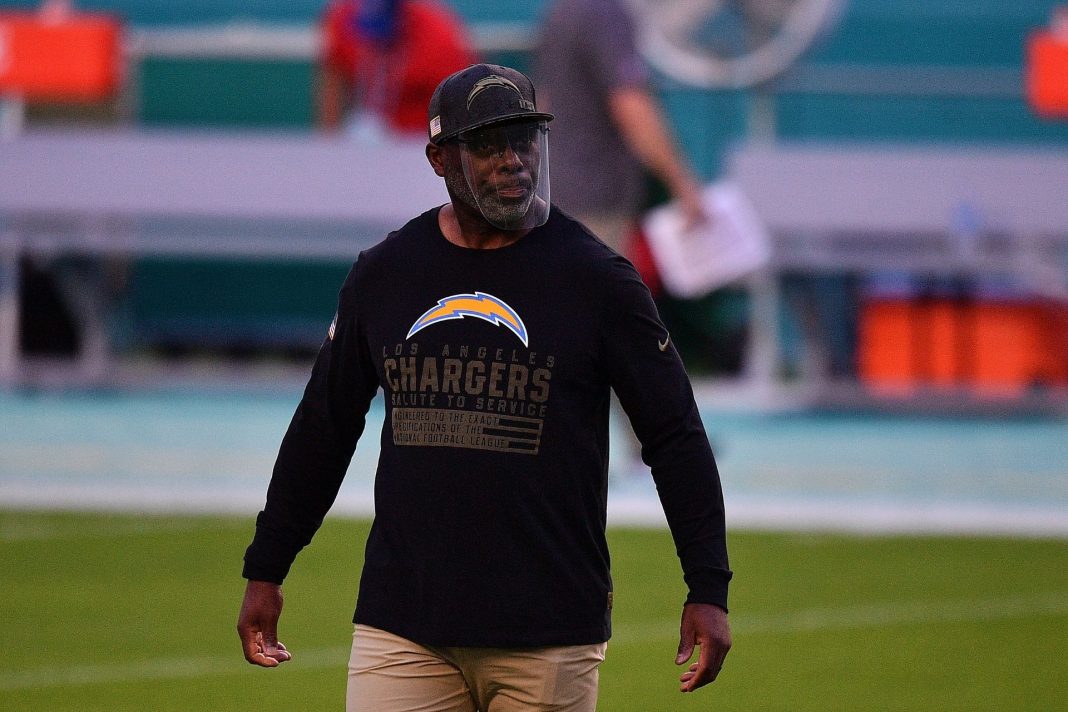 The NFL has a rough relationship with the U.S. military.

Players openly spit on the graves of dead veterans.

And now matters are worse as this NFL Coach just insulted the military with one terrible comment.

Los Angeles Chargers coach Anthony Lynn found himself in hot water after Lynn compared the plight of his 3-9 Chargers to Americans after Pearl Harbor.

“Just the other day was Pearl Harbor Day, one of the biggest defeats this country has had,” Lynn told the media. “We bounced back from that. I kind of used that as an example with my staff the other day. We’re down and out, but we’re not down yet.”

The Chargers are coming off a 45-0 blowout at home to the New England Patriots, which was the Chargers fifth loss in the last six games and Lynn is feeling some heat.

Sunday’s loss dropped the Chargers to 29-31 in Lynn’s four year tenure and fans feel there is promise on the team with rookie first round draft choice quarterback Justin Herbert.

But no football game is comparable to Pearl Harbor, which is one of the great tragedies – and ultimately unifying moments – in the nation’s history.

Many in the NFL have lost all perspective on service in the military over the last several years as political protests and kneeling for the national anthem took over the league.

Fans believe players and coaches do not respect those who serve or those that made the ultimate sacrifice while fighting for the flag.

Flynn’s comments reducing the attack on Pearl Harbor to the similar circumstances to a football team needing a comeback following a bad loss will only reinforce that perception.