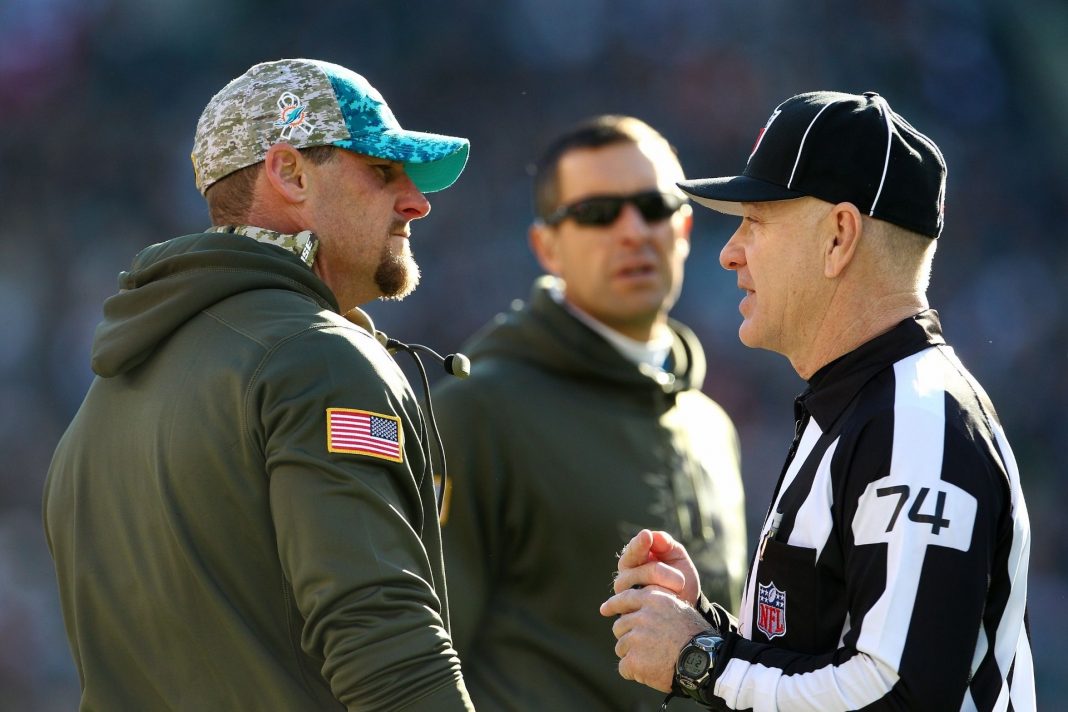 Football coaches are some of the strangest human beings to walk the Earth – that’s just what happens when you eat, sleep, and breathe football.

But while they are all varying levels of weird, a select few stand out above the rest.

And this NFL head coach is definitely one of those few, but he also may have just proven he’s the most insane coach in sports.

When Dan Campbell was hired as the new head coach of the Detroit Lions, his introductory press conference was one for the ages.

Campbell described his team’s philosophy as one of resilience, but being the crazy person that he is, he said things like his team was going to bite the kneecaps off their opponents.

Obviously, sports fans knew what he was trying to say, but talking about biting knee caps off is undoubtedly next level stuff.

So it should come as no surprise that since then Campbell has constantly made more entertaining comments throughout the offseason.

But his latest comments could be his most mind-blowing yet, and prove he might just be a legitimately insane person.

In an interview with Barstool Sports’ Pardon My Take podcast, Campbell said that he approached Lions owner Sheila Ford about possibly having a pet lion that he could use to help motivate the team.

“I’ll tell you what I’d really love to do, just in general, and I talked to Sheila [Ford] about this. I don’t think we’re going to be able to do it, but I would love to literally just have a pet lion,” Campbell said. “Just a legit pet lion, on a chain, a big ass chain, and he really is my pet. We just walk around the building, we go out to practice, we’re in 7-on-7, we’re behind the kicker when he’s kicking. There we are.”

“And on command, you could train him, like if one of your groups isn’t doing well, you could just take him over to their section, and just have him take a dump right in the middle of where their section is at, and then bring him on back,” he continued. “I mean, think about it. It would be outstanding.”

But it'd be cool, right? Imagine the possibilities😎 pic.twitter.com/KIl4yZNFXc

While Campbell admitted that the folks at PETA probably wouldn’t be too thrilled with his idea, he did promise to take good care of the lion, even if it meant losing an arm.

And just to put the cherry on top of his crazy idea, when he was asked if he’d lose his arm just to motivate his team, Campbell said, “Probably.”

He can be a little coy about losing an arm all he wants, but if we’ve learned anything about Dan Campbell since he became Detroit’s head coach, it’s that he’d gladly give up multiple limbs if it meant winning the Lions their first Super Bowl.

For years, the Lions have been a team that many NFL fans have quietly rooted for, hoping that if their team couldn’t win a Super Bowl, the Lions would win their first championship since 1957.

But, of course, they’ve undoubtedly been one of the worst franchises in NFL history, winning more than nine games just nine times in the 91 years since they became a franchise, and making the playoffs just eight times over the past 31 years, never getting past the Wild Card round in any of those seasons.

Whether or not Dan Campbell can change those fortunes is completely unknown, and somewhat irrelevant at this point.

Because what we do know is that no matter how successful his Lions teams are over the next few seasons, Dan Campbell is going to be incredibly entertaining.

And maybe a bit insane.