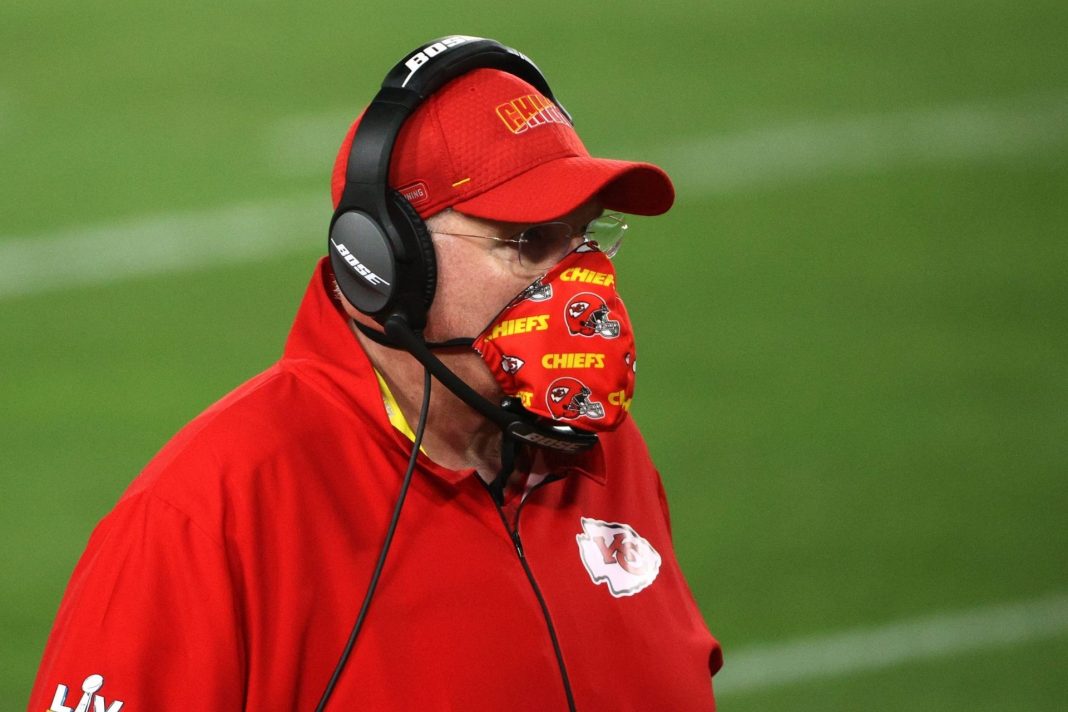 Recruiting is probably the most crucial aspect of a head coach’s job in college athletics.

But in professional sports, the recruitment of free agents is typically something coaches aren’t as heavily involved in.

This NFL head coach doesn’t quite see it that way, though, and recently pulled out all the stops to recruit a coveted wide receiver.

While the NFL has more parity today than ever before, there are still only a handful of teams each year that are capable of making a Super Bowl run.

And with the way the league is currently constructed, a team’s window for winning a Super Bowl can open and shut rather quickly.

So when the opportunity presents itself, teams have to go all-in on winning as quickly as possible.

That’s why Kansas City Chiefs head coach Andy Reid went into this offseason determined to add as much talent to his already talented roster as possible.

After falling just short of winning back-to-back Super Bowls, Reid felt that the best way to ensure his team a better chance at another Lombardi Trophy was to give quarterback Patrick Mahomes as many offensive weapons as possible.

So, he went all-out in his recruitment of the top wide receiver in this year’s free agent market, Steelers wide receiver JuJu Smith-Schuster.

In a recent interview with former NFL great Michael Irvin, Smith-Schuster admitted that Reid’s over-the-top recruiting efforts were effective, and nearly caused him to abandon Pittsburgh in favor of Kansas City.

“It would’ve been KC,” Smith-Schuster admitted. “Andy Reid was just calling me, he was sending me Lombardi trophy pictures constantly, and we had a good talk. So it would’ve been KC after the Steelers.”

Smith-Schuster went on to expand on his comments, saying Reid sent him “pictures of the Lombardi [trophy]… like, texting it to me while I was trying to make a decision.”

“I have so much respect for him and his team,” Smith-Schuster concluded.

You have to respect Andy Reid’s hustle and determination to try and land yet another playmaker to help get his team over the hump.

Very few veteran NFL coaches with Reid’s pedigree would’ve been taking the time to go to such lengths to try and persuade a receiver to join his team during the offseason.

Even one of the greatest head coaches in NFL history, Bill Belichick, apparently spends part of his offseason on the golf course at Mar-a-Lago hanging out with a certain former President.

The days after the 49ers made a move that made it look like Jimmy G was available, Bill Belichick … was golfing at Trump’s place?
As the coach says, it is what it is https://t.co/1iLFFmU59A

But not Andy Reid.

Andy Reid is still grinding, cataloging every picture of the Lombardi Trophy imaginable so that he can inundate a free agent with text message after text message reminding him that if he wants to win a Super Bowl, he’ll come to Kansas City.

The only thing that could have made this story better is if Reid was also sending videos of himself doing the same TikTok dances Smith-Schuster infamously posted relentlessly throughout the 2020 season.

JuJu Smith-Schuster does his dance on the @Bengals' midfield logo during warmups.

It’s hard not to root for a coach like Andy Reid, and while his efforts with JuJu Smith-Schuster ultimately didn’t lead to the receiver signing with the Chiefs, let’s hope this isn’t the end of his incredible recruiting efforts.