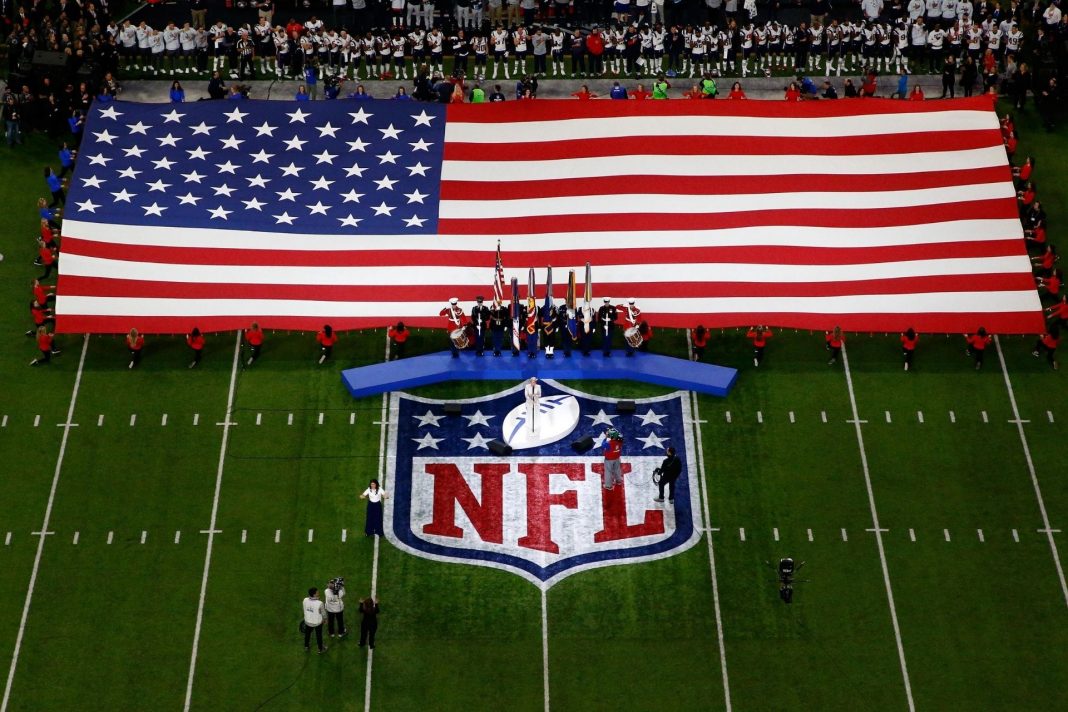 NFL Quarterback Drew Brees found himself mired in controversy by simply stating his view that protesting during the national anthem was disrespectful to the flag and our men and women in uniform.

The outrage mob descended on him without mercy, including his own teammates, forcing Brees to repeatedly apologize.

But now this NFL Legend just put to rest any debate over where anthem kneelers stand.

“Da Coach” Mike Ditka didn’t hold back when TMZ Sports asked what should happen to athletes who refuse to stand for the national anthem.

Ditka firmly declared they should, “Get the hell out of the country.”

“If you can’t respect our national anthem, get the hell out of the country,” Ditka said. “That’s the way I feel. Of course, I’m old fashioned, so I’m only going to say what I feel.”

Echoing what many Americans feel, Ditka expressed dismay at the thought of coddled millionaire athletes disrespecting a solemn tribute to the country that has given them so much.

While the Fake News Media claims the anti-American anthem protests ignited by Kaepernick’s actions in the 2016 preseason have nothing to do with disrespecting the country, Kaepernick’s own repeated actions have proven those assertions to be false.

The former quarterback convinced Nike to cancel distribution of a special 4th of July themed shoe bearing the “Betsy Ross Flag,” in 2019, calling it a “white supremacist symbol.”

In 2020, Kaepernick once again took the occasion of the celebration of the nation’s birthday to attack America, by calling the 4th of July festivities a “celebration of white supremacy.”

Black ppl have been dehumanized, brutalized, criminalized + terrorized by America for centuries, & are expected to join your commemoration of “independence”, while you enslaved our ancestors. We reject your celebration of white supremacy & look forward to liberation for all. ✊🏾 pic.twitter.com/YCD2SYlgv4

In the end, there’s no denying Kaepernick’s anti-American views.

The only question now is, will the outrage mob come for Da Coach Mike Ditka as they have for others.