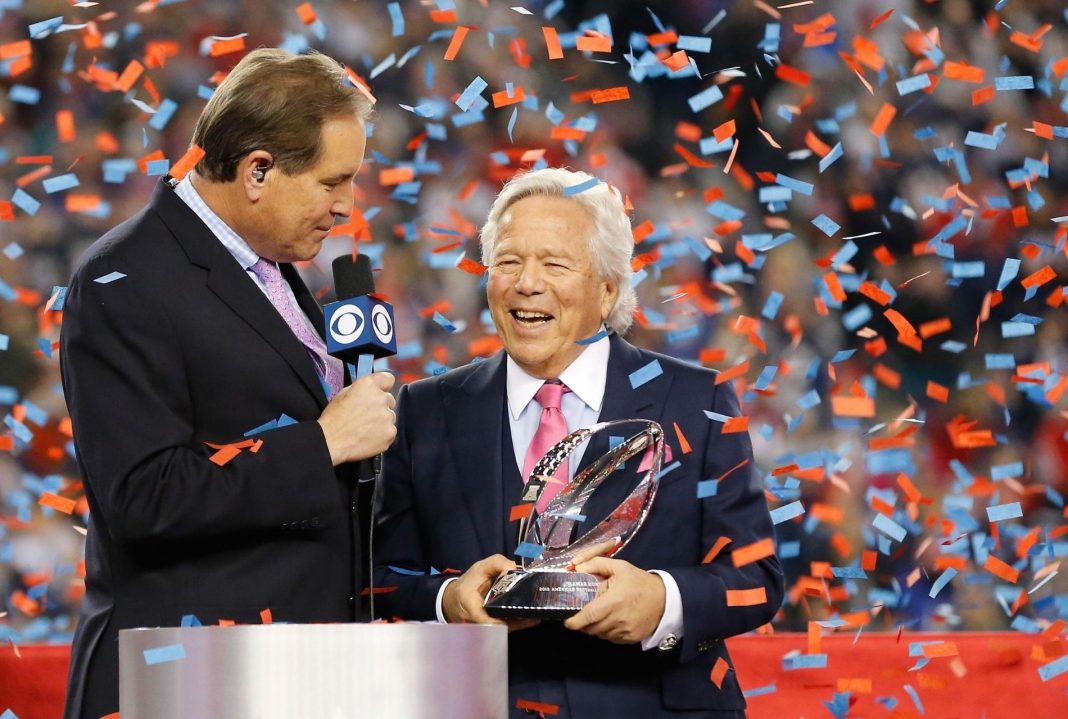 It’s been a difficult off season for the NFL.

Teams are trying to navigate the ongoing public health crisis, as well as the race riots and Black Lives Matter protests to pull off a 2020 season that fans can enjoy and see as legitimate.

And now this NFL owner just got the best news of his life.

The New England Patriots have been the NFL’s longest running dynasty.

Since 2001 the Patriots have played in eight super bowls and won five of them.

But scandals also followed the team.

In 2014, they were caught deflating footballs to help Tom Brady get a better grip which eventually led to Brady’s four game suspension.

And in 2019, the Patriots found themselves in the middle of another “spygate” scandal when owner Robert Kraft was charged with two counts of prostitution after prosecutors alleged he paid for sex at the Orchids of Asia Day Spa in Florida.

No accusations of any “deflategate” here . . .

The key evidence prosecutors planned to introduce was video evidence of Kraft at the spa.

But a three judge panel on the Florida Court of Appeals tossed the evidence as a violation of Kraft’s and the other defendants Fourth Amendment rights.

“We find the trial courts properly concluded that the criminal defendants had standing to challenge the video surveillance and that total suppression of the video recordings was constitutionally warranted,” said the opinion from Florida’s Fourth Circuit Court of Appeal, in siding with Kraft, other men arrested by police, and the women targeted in what started as an investigation into prostitution.

The unanimous ruling by the three-judge panel addressed the legality of law enforcement secretly installing video cameras inside businesses as a 21st century investigative technique. The court found protections under Florida law ban the practice, which they likened to “video voyeurism’‘ because innocent people were unknowingly recorded.
Kraft’s lawyers cheered the ruling and without the video evidence, prosecutors will now decide if they want to go through with the charges since the tapes were the centerpiece of their case.