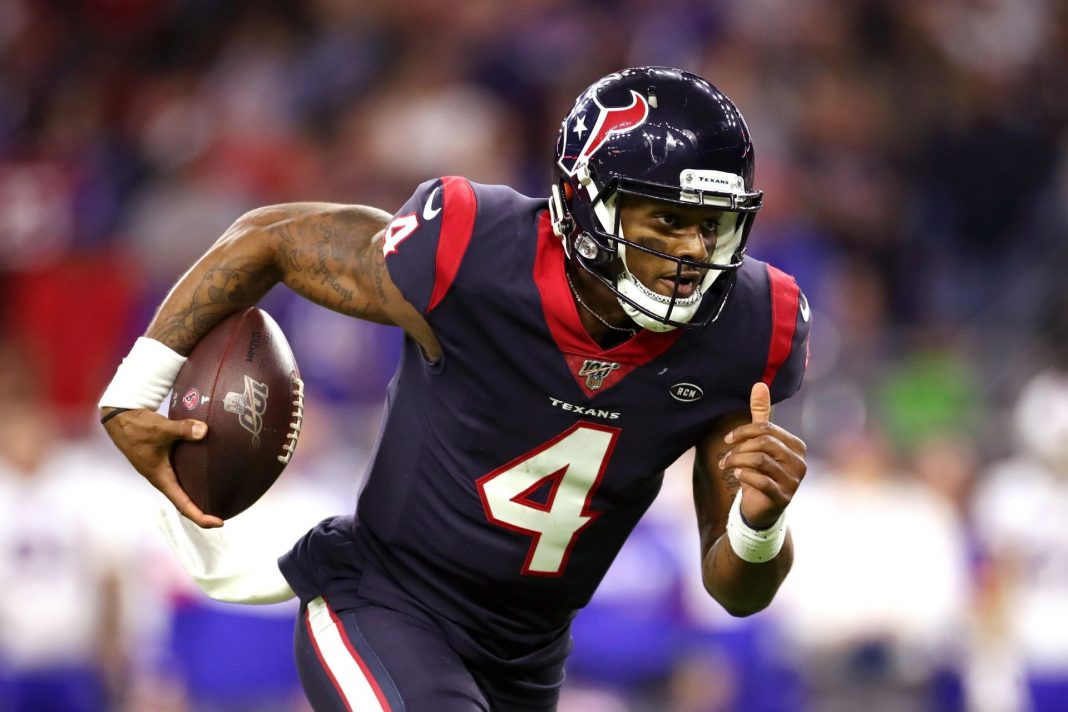 Protests and marches are all in the rage in pro sports.

It’s more surprising when there aren’t athletes taking part in some kind political uprising in pro or college sports.

But this NFL quarterback made a demand about a protest that no one saw coming.

The Houston Texans deteriorating relationship with star quarterback DeShaun Watson is one of the biggest stories in the offseason.

Watson was offended that he was not consulted on the hiring of General Manager Nick Caserio and it now looks like a trade is inevitable.

The Texans were a playoff team last year and even advanced to the Divisional Playoff round, but a disastrous trade of star wide receiver DeAndre Hopins demoralized and gutted the team.

Another trade for tackle Larry Tunsil cost the team its first round pick, which ended up being the number three selection.

Now it looks inevitable that the Texans will trade Watson over their fractured relationship and to acquire the draft capital to jump start their rebuilding process.

About 150 fans planned to march on the Texans complex in protest and to demand the team make it right with their franchise quarterback.

But Watson begged the fans not to gather in his honor citing COVID-19 hysteria.

“I’m hearing there is a march planned on my behalf in Houston today,” Watson wrote on social media. “Although I am humbled I ask that whoever is organizing the march cancel for the sake of public safety. COVID is spreading at a high rate & I don’t want any fans to unnecessarily expose themselves to infection.”

The fans listened and canceled the march.

This is the first time anyone can recall a pro athlete begging protesters not to march in support of a cause.

The NFL’s ratings once again tumbled in 2020 as players got more politically active.

That trend may have reversed itself if more athletes followed Watson’s example and did not encourage political marches, protests, and riots.